Are You Ready For A New Model Of Leadership 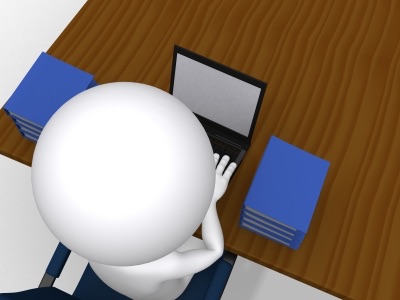 Are You Ready For a New Model of Leadership?

The world is changing and doing so at an accelerating rate. The workplace bears little resemblance to what it was twenty or even ten years ago and the people filling those workplaces interact differently than they ever did in the past. The world is smaller than it has ever been and as a result the workplace is much more multi-cultural. By way of example, I'm English and my wife is from India and we both live in New Zealand. I recently delivered a team building/leadership workshop in Fiji to the Delegates of The European Union where each Manager was from a different EU country and the staff were recruited from Fiji, Samoa and New Caledonia. You could hear conversations in several languages during every break. We live in an age were social media interaction is the main method of interaction. Celebrities have followers on Twitter that are greater in number than the population of most countries and extreme amounts of information is just a click away. The world is different and demands a new model of leadership to navigate it.

The world requires a leadership model within which leaders must influence a wide range of groups over which they have no direct authority, while those groups typically command much power of their own through their access to information and their ability to communicate with practically anyone.

Recently, Fortune magazine, the bible of business people around the world published its annual list of the Top 50 leaders in the world. The number one leader was Tom Cook the CEO of Apple. This didn't raise any eyebrows but what it did do was raise interest about who was placed at number six. The highest ranked female leader was Taylor Swift. The idea that Taylor Swift was the top female leader in the world gathered Fortune some criticism to which they replied that Taylor Swift exemplified a new model of leadership.

This new model of leadership is what I call "Brand Leadership"

Taylor Swift has a brand that not only influences her followers but empowers her followers to influence others as well and this influence is done through modern methods. Taylor Swift's followers on social media is the size of a country with 70 million Facebook fans and 55 million Twitter followers. Taylor has a brand that is so much in demand that she has made over $33m in endorsements alone from companies such as Diet coke, CoverGirl, Sony and Elizabeth Arden. Despite the pros and cons of her selection on the Fortune top leaders, there's no doubt Taylor Swift demonstrates the importance of branding and how a strong personal brand can cause great influence in today's society.

Brand Leadership can be summarised as the supply of information in order to create a personal brand that demonstrates personal qualities that followers wish to see within themselves. This allows the leader to influence the followers and equally the individuals that the followers themselves influence. It's important to differentiate brand leadership from the current understanding of authentic leadership. Its actually a step forward. There's no doubt that authentic leadership needs to be at the heart of all leadership and you need to have honest relationships and a foundation of strong ethical behaviour but what needs to be remembered and its this which is the basis of brand leadership is that within workplaces, perception is reality. It is only effective to be an authentic leader if the people who follow you perceive your actions as authentic.

I recall an instance when a CEO of a large New Zealand organisation had a harsh lesson on ten differences between authentic and brand leadership, the gentleman in question without a doubt cared passionately for his staff and what the organisation stood for but had an issue that a lot of his staff didn't perceive him in that way. In one instance he sent an email to all staff letting them know that the organisation was voted as one of the ten top organisations to work for in NZ, a good idea and a genuine attempt to promote the benefits of the organisation but the email was sent out on the same day that a number of staff had their last day of employment after a restructure. It was a genuine but stupid mistake that created a perception of a heartless uncaring CEO. In leadership perception is reality.

As the world changes so does leadership. The question is are you ready?

If you want to learn more about brand leadership and how this can greatly improve your effectiveness as a leader, just contact me. Use the enquiry form below or connect with me on Twitter. Let me show you how to become the type of leader that your team needs.

Mark Wager is a specialist in developing leaders. Contact Mark today to learn more about how Mark can coach you to success.