The Secret of a Successful Team 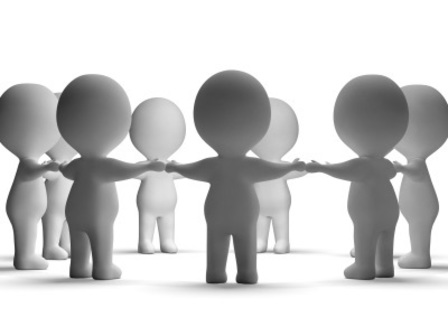 The Secret Of A Successful Team

For the past twenty five years I've been involved with teams of different sizes and from different industries and countries. As both a facilitator of team building workshops and as a leader of my own team, I've been involved with teams from the public sector and the private sector, teams of three people up to teams of three hundred, teams of one nationality and teams of many nationalities. With all this experience I would have to be a complete idiot not to see the the key differences in behaviour that separates the good team from the world class level teams. In this article I will share my observation of this key factor that separates the world class teams from the good teams.

All the highly successful teams that I have spent time with share the same quality that I call a "Low tolerance threshold." These teams have the type of environment that allow the members of the team to raise issues, concerns and suggestions at an early stage and with an element of freedom. You might be reading this and thinking your team has this quality, but it's highly unlikely they have. What they most likely have is what the vast majority of teams have and that is the team raises issues but only when not doing so becomes uncomfortable to them. A typical situation is that something occurs that a team member disagrees with but they don't say anything because it's not important enough and it's only when the situation escalates to a level that is important to the individual, then and only then it's raised. In a team with a low tolerance threshold the situation is addressed immediately and quickly before it escalates.

It is easy for the leader of the team to be unaware that they lack this quality because they are unaware of the untapped potential within the team. I remember when this first came to my attention. It was around ten years ago when I formed a new team from scratch. I had an idea to create a filing system for the claims my team had to process. It soon became apparent that I had made a poor decision and when the filing system didn't work, it wasn't a surprise to the team who knew it wasn't going to work. This upset me because if they knew why they didn't say anything I could have have avoided this situation. I wouldn't have got angry with anyone disagreeing with me if I had known the reason. I needed to know two things. Why I was not challenged and why this filing system did not work. When I approached the subject they told me that I was so enthusiastic about the idea that everyone had decided I had already made up my mind. It was then that I realised that I hadn't created an environment that enabled a low tolerance threshold within the team. It was also then that I realised the first step that had to happen in order to create this desired environment.

Step one: Leave your ego at the door.
The only effective way to lead is to utilise the knowledge of the whole team. In order to do this, leaders needs to take control of their ego and give the team permission to challenge their decisions. Ask yourself when was the last time you received feedback from your team? Leaders have to create an environment within which their teams can provide feedback to them to become better leaders. This can be difficult for leaders to accept but this is the first step that separates world class teams from the good teams.

Step two: Understand human behaviour
The lack of low tolerance threshold teams is due mainly in part because people are unsure of what reaction they will receive when they speak up. To address this the team needs to understand the preferences that people have and how they perceive and interact with the world. This may sound daunting but I've done hundreds of those sessions and if done correctly this information can be easily understood and implemented into the workplace.

Step three: Reward and promote desired behaviour
If you want a world class team then be clear about the daily behaviours you want to see and ensure that when these behaviours occur, they are recognised and rewarded. For example if someone raises an issue immediately or offers feedback without being prompted then thank people as immediately as possible, make it clear what behaviour you are thanking them for, be specific and explain the benefits to the team and how this has positively benefited everyone in the team. This greatly increases the chance of not only the individual repeating the good behaviour but also their colleagues doing the same.

The path to world class is not easy. If it was then greatness would be called average. It's a difficult path but not an impossible one. Its possible only when the leader has the courage to create an environment that allows for a low tolerance threshold.

Mark Wager is a leadership trainer and author. With twenty years experience of unlocking people's potential Mark uses modern theories alongside practical workplace examples in order to provide inspirational and entertaining workshops. You can contact Mark via the enquiry form below.

Mark Wager will be facilitating some upcoming workshops in Auckland and Wellington. if you want to become a better leader book your place today.