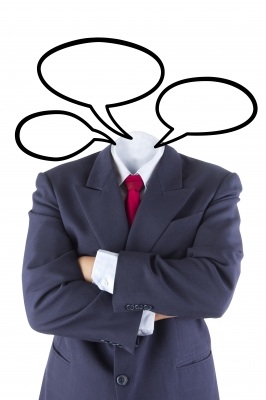 "The task of the leader is to get his people from where they are to where they have not been." - Henry A.Kissinger

"Hold yourself responsible for a higher standard than anybody expects of you. Never excuse yourself." - Henry Ward Beecher

"Innovation distinguishes between a leader and a follower." - Steve Jobs

"To succeed in business it is necessary to make others see things as you see them." - Aristotle Onassis

"Millions saw the apple fall, but Newton was the one who asked why." - Bernard Baruch

"Luck is a dividend of sweat. The more you sweat, the luckier you get." - Ray Kroc

"A man who wants to lead the orchestra must turn his back on the crowd." - Max Lucado

"Getting in touch with your true self must be your first priority." - Tom Hopkins

"To succeed, one must be creative and persistent." - John H.Johnson

"Problems are only opportunities in work clothes." - Henry J.Kaiser

"The secret of my success is a two word answer: Know people." - Harvey S.Firestone

"Obstacles are things a person sees when he takes his eyes off his goal." - E.Joseph Cossman

"The employer generally gets the employees he deserves." - J.Paul Getty

"Leadership is not a title its an attitude" - Mark Wager

"Be a yardstick of quality. Some people aren't used to an environment where excellence is expected." - Steve Jobs

"Good management is the art of making problems so interesting and their solutions so constructive that everyone wants to get to work and deal with them." - Paul Hawken

"A man always has two reasons for doing anything: a good reason and the real reason." - J.P.Morgan

"Go as far as you can see; when you get there, you'll be able to see farther." - J.P.Morgan

"If you care enough for a result, you will most certainly attain it." - William James

"It is by acts and not by ideas that people live." - Harry Emerson Fosdick

"Doing is a quantum leap from imagining." - Barbara Sher

"I look for what needs to be done. After all, that's how the universe designs itself." - R.Buckminster Fuller

"If you have ideas, you have the main asset you need, and there isn't any limit to what you can do with your business and your life. Ideas are any man's greatest asset." - Harvey S.Firestone

"How we think shows through in how we act. Attitudes are mirrors of the mind. They reflect thinking." - David Joseph Schwartz

"The amount of good luck coming your way depends on your willingness to act." - Barbara Sher

"Everyone who's ever taken a shower has an idea. It's the person who gets out of the shower, dries off and does something about it who makes a difference." - Nolan Bushnell

"The first task of a leader is to keep hope alive." - Joe Batten

"I light my candle from their torches." - Robert Burton

"No man is good enough to govern another man without that other's consent." - Abraham Lincoln

"As a leader if you are not influencing relationships then what else is there?" - Mark Wager

"The power of imagination makes us infinite." - John Muir

"Change your thoughts and you change your world." - Norman Vincent Peale