How To Get Your Team Out Of Dire Situations 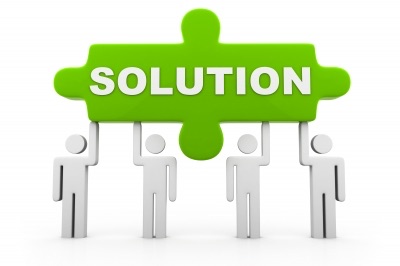 Image courtesy of hywards at FreeDigitalPhotos.net

In the second century B.C, Sun Tzu, a Chinese military general, wrote the most famous book on strategy called “The Art of War.” In one of his texts he wrote about a scenario he called ‘in death ground.” This was a place where he ensured that his army was penned in with no escape route and were forced to fight. The soldiers who stared death in the face would fight with double or triple the spirit and as a result be many times more effective.

‘In death ground I could make it evident that there is no chance of survival. For it is the nature of soldiers to resist when surrounded; to fight to the death when there is no alternative and when desperate, to follow commands implicitly."

Every team faces their own version of the "death ground" scenario. A situation where the stakes are high and they have no option but to perform. In English football, their version of "death ground" is relegation from the English Premier League. At the end of every season the bottom three teams out of twenty get relegated. The cost of relegation is huge, the financial benefits of being one of the football clubs that reside in the football league is measured in the hundreds of millions of pounds. The latest television deal signed earlier this year is £5.1bn so the pressure for teams to perform is astronomical. Towards the end of every season there is always one team that, after a series of poor results, find the elusive rich vein of form and they start winning games that they would have lost a few months prior.

In times of extreme pressure an elite leader can not only navigate their team through this "death ground" they can actually reach levels of performance that they never imagined possible. The question is how does the leader of these teams create an environment that allows their team to perform at such levels while the majority of teams implode.

For a team to perform in high pressure situations the leader needs to create an environment that consists of two key elements. Fear and belief. They need to have enough fear in order to want to change the current situation and the belief that the change can happen.

Fear
"There's nothing to fear, except fear itself" - Franklin D Roosevelt
In order to change behaviour there has to be a reason to change, without this sense of urgency behaviours and performance will remain the same. The desired future state has to be more desirable than the current state.

The successful leaders not only establish fear and belief in their team but do so at the right levels. Having an awareness of the situation is not enough for the right level of fear to exist. There needs to be a complete understanding of the reality of the future if the current situation is allowed to continue. In the football scenario the impact of relegation from the premier league impacts the club directly and the players indirectly. If a player believes that they will just leave and get another club then the desired level of fear may not exist. In situations like this it's not uncommon for Managers to select players to select players who have that fear over more technically talented players who are not in that state. The belief to succeed has to be articulated in such a way that it is beyond doubt that the team can succeed. Too often I've seen leaders just tell people they believe in them and think that's enough, while that will increase confidence to a lesser extent it will not go far enough in "death ground" scenarios. Once the mind believes in something it will do whatever it can to ensure that belief is maintained so when the belief is not 100% you will find that the team will self implode as soon as that belief is challenged. Again if you look at the English Premier League scenario it's common to see a Manager replaced and the replacement suddenly gets better results. Its not that the new manager has more technical knowledge, it's mainly because the new Manager is more convincing in establishing belief in the players.

If you want to achieve astonishing results then you need to consider taking your team to their own "death ground" but be warned this is not a place for the faint hearted and if you are a quality Leader then this is a place you need to visit. If you are in "death ground" for reasons beyond your control then look at the two key elements of fear and belief, if they are present and at the right levels then not only will you achieve the desired results but also leave a legacy as a leader.

About the Author:
Mark Wager is a Leadership Coach who specialises in developing leaders and teams to fulfil their potential. If you what to know how Mark Wager can improve your mental game in the workplace contact him using the enquiry form below.

If you like this article check out the new book by Mark Wager. The Elite Guide of Leadership is available at Amazon for $2.99USD.

Mark Wager will be facilitating some upcoming workshops. Click below for more details