How To Effectively Receive Feedback 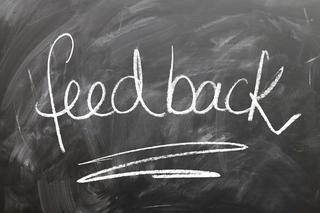 How To Effectively Receive Feedback

In order to be successful in the business world, both as an individual and as an organisation, you need to be able to constantly improve and the best way to identify the necessary areas of improvement is by receiving feedback. This isn’t always as easy as it may initially seem. It’s a challenge to get quality feedback and then sorting through that feedback in order to ensure you are working on the right areas, the ones that will help you progress your career which is why, in this week’s article, I want to share with you some tips on how to effectively receive feedback.

Be aware of your own biases.

When we receive feedback, it's natural to focus more on the feedback that is closest to your own deep held perception. For example, if someone thinks they are very good at a task then they will have a tendency to ignore anything to the contrary which means they only take into account positive comments and ignore any criticism resulting in failure to improve. On the other hand, if someone has a poor perception of themselves, they are likely to dismiss any positive comments and only focus on the criticism, which again results in minimal improvement.  The key is to take a step back and look at the feedback in it’s entirety and not just the narrow view that you personally may hold.

For every situation, there will be a wide range of different perceptions and the greater the number of  people involved the wider the range of feedback. No matter what happens, some people will love what you do and some will hate what you do, but the majority of people will fall somewhere on the scale in between. The key to success is knowing which is the right feedback to listen to and the answer depends on the credibility of the source.

The most effective feedback comes from the most credible sources. The best way to determine if a source is credible or not is to look for an explanation behind the comments and whether that explanation contains specific behaviours. Anyone can say anything and to them it's valid and needs to be respected, but unless the comments can be supported by specific examples or sound logic then it's difficult to use that feedback to make improvements. It’s not enough to hear that you are good or  ad you need to hear what you need to in order to progress from good to great.

There is no criticism only feedback.

I always tell the leaders I coach, that the most valuable feedback they will ever receive is the feedback that they don’t want to hear. All development starts at the stage which in leadership psychology is called "unconscious incompetence. " You don't know what you don't know, so the most valuable feedback is therefore going to highlight what you are currently unaware of and this can be difficult to hear. This means it's vital that you don't react in the moment and give yourself enough time to digest the feedback.

When someone respects you enough to give you feedback, it's important that you don't argue for several reasons. Firstly, you are likely to discourage people from giving you further feedback. Secondly, like the blind men and the elephant, the viewpoint of the person  is valid even if you don’t agree and thirdly you may well think differently about the comments when you've had time to absorb and think over the comments. The best response for all feedback is a simple "thank you."

Taking time to think over feedback is valuable as it turns criticism into progress. When contemplating, ask yourself is the feedback a "blind man and the elephant situation?" Is only this feedback given because they don't see the whole picture? Other useful information to find out is whether other people raised similar comments? Is this something you already knew? Was there a limitation and are there other people who you can ask to verify the feedback? Do they agree with the comments?

Wherever the feedback comes from, whether it's from a boss, a follower, a colleague or from a Leadership Coach like myself, it's a wonderful opportunity for a leader to develop. Yes criticism can hurt and it can be emotional, but if you allow yourself to understand these comments then you will definitely at some stage in the future, become the person you have the potential to be.