How Red Team Thinking Can Impove Your Business 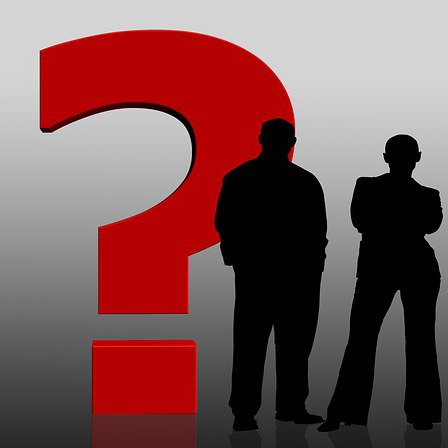 How Red Team Thinking Can Improve Your Business

In this article I want to show you a technique that I've used personally with my own teams and I've also helped introduce with clients to improve the effectiveness of their team and that is Red Team Thinking. This technique is used to improve communication within a team, encourages proactive thinking and produces a more robust and effective decision making process.

My first experience of this was when I was asked to spend time with a company who wanted to improve their performance. We were working late one night and I was talking to the team about what they thought about the organisation. The feedback was overwhelmingly positive everyone enjoyed working with each other and they all had a great deal of respect for the senior leaders and felt they were treated well. I asked about a recent project that failed and I wanted to get their point of view why it failed and I was surprised to hear that several staff knew it would fail but didn't want to say anything. It wasn't for fear of reprisals, the reason why they didn't question the initial decision was that they respected their bosses so much that they didn't want to appear rude by suggesting that they were wrong. Some staff assumed that the leaders must have already known of the potential pitfalls and had put in place a counter measure. It was here that I recognised an issue which if dealt with would improve the business. I gathered the senior leaders together and told them that the staff were reluctant to raise suggestions or concern not out of fear but because of respect and to address this they had to introduce Red Team thinking at their meetings.

Red Team thinking is a military term used when a group or organisation is given the job to think like the enemy in order to think everything wrong with the military's plan. This enables the military to deal with any potential weaknesses before they become an issue.

I talked to the Senior Leaders about introducing a version of Red Team thinking in their organisation so what they did this every time there was an important decision that had to be made and a couple of employees were assigned as the “Red Team.” Its  important that  there are  two or three people so that people are comfortable and different views are heard and never just  a single person  because it becomes too uncomfortable for both sides. This Red Team was assigned to find out everything wrong or what could go wrong with the proposed decision,  they had to think like the enemy. They then report back at the next meeting. During the reporting I had to make it very clear to the Senior Leaders that they had to be open to different points of view and entertain all suggestions even ones they didn't originally agree with. It's important for the leaders to encourage the Red Team to do their job.

At the beginning the Red Team didn't think they would find any weaknesses but when they became comfortable knowing that they could challenge the current way of thinking  the leaders respected and trusted them enough to do so it become easy. They soon came up with a list of potential weaknesses of all the things that could go wrong. This list was presented back to the leaders at their next meeting and while a lot of suggestions had already been considered by the leaders there were some things that hadn't. This resulted in the leaders adjusting their decision which saved them a lot of time and money. This was so successful that I have personally introduced Red Team thinking into my teams and it is now a regular part of meetings.

The best thing about Red Team thinking is that it gives people permission to challenge and to be challenged and this is where progress can be made. It's very easy for leaders and businesses in general to develop a blinkered way of thinking and not to consider there may be a better way they hadn't considered yet. Improvements can only happen when you start doing things differently but this can be difficult because people don't know what they don't know so having someone look at things in a very different way can produce incredible results.

What Red Team thinking does is it removes any possible misunderstanding of intent so when someone raises a concern they are not thought of as being negative or obstructive to change and the leader doesn't think they are being disrespected. The intention is made very clear and that is everyone wants the team to improve, everyone wants the right decisions to be made and they want issues to be dealt with before they arise.

If you have ever experienced the frustration of making a decision only to discover afterwards that you missed something and you wish you could go back in time and do it again,  then Red Team Thinking may be a technique that works for you.