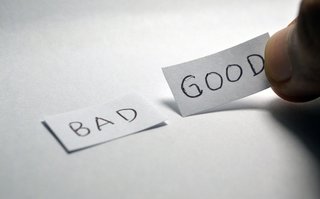 Leaders are ultimately judged by the quality of the decisions they make regarding what direction the organisation needs to go, hiring the right people, retaining the best people while exiting others, what behaviours are acceptable and which behaviours are not. If the Leader gets these decisions right then the team and the Leader will be successful yet if the Leader gets these wrong then the opposite will occur and there will be nothing but failure. Decision making is an important aspect of Leadership and it’s vital to get those crucial decisions right, so in this weeks article I want to explore how Leaders can avoid making wrong decisions.

Let’s start by exploring the main reason why Leaders make bad decisions which is that they place too much emphasis on their emotional investment and this is called the Sunk Cost Fallacy.

When I train Leaders on effective decision making skills, I explain the psychological trap called “the sunk cost fallacy.” This is when a person places a value on something based on their level of emotional investment rather than the actual cost. The longer they stick with something the greater the value that is placed upon it which leads to a distorted view of something’s actual value. This can manifest itself in a business sense when a Leader sticks with a poor performing employee for too long or an IT system that keeps on getting upgraded year after year yet should have been just scraped and completely replaced yet it’s the continued investment that prevents the Leader from making the correct business decision.

The story of Concorde.

In business when leaders fall into this trap, they end up continuing to invest time and money in an idea or a person and go way beyond what is appropriate. They lose objectivity of when to quit.  The most famous example of this in business is the story of Concorde. The Concorde was a supersonic passenger airliner that was a joint project between the British and French governments between 1973 and 2003. This project lost money for over forty years yet both governments continued to invest in the project even when it was obviously a commercial disaster. In hindsight the Concorde project shouldn’t have started in the first place or at least should have been cancelled early on but because of the level of commitment shown by the governments over the years they didn’t feel they could back out. They convinced themselves that if they invested more it would pay off in the long term. This was a fallacy.  The more they invested the more they had an emotional connection and the more they valued their decision even though it was a wrong decision. This is the danger of the sunk cost fallacy.

I’ve seen first hand when I’ve worked with companies the dangers of falling into the psychological trap of a sunk cost fallacy. I’ve worked with some very smart people who end up making very stupid decisions just like the British and French governments with Concorde they end up getting trapped by their previous level of commitment. They don’t want to look bad so they continue to push through with a bad decision they shouldn’t have made at the beginning. Decisions like this can cost a company thousands or even millions of dollars and can derail careers however there are some solutions.

‘Whenever you see a successful business, someone once made a courageous decision” - Peter Drucker

Let me share with you the best piece of advice I have ever received. It was from a time when I was very young working as a Broker Sales Manager in a London Finance House and my General Manager shared his approach to decision making. He told me that if I had any concerns over a decision I should imagine what would I do if this was day one, not just for me but also for the organisation itself. Place all history and emotions to one side and imagine a clean slate with which to make the best decision.

Give people permission to disagree.

Another practical solution is one that many Leaders think they implement but in reality very few actual do. The effective decisions are made as a result of robust discussions exploring pros, cons and any alternatives yet what happens at  many meetings is that the leading Manager makes a decision and then asks their team for any comments, to which they either all agree or remain silent and when on the rare occasions someone raises an objection they are soon labelled by the Manager as being negative and not being a team player. The Leader then walks away believing there was consultation when in reality there was only validation

We don’t expect Leaders to be perfect but we do expect them to listen.

If you hold a meeting and there’s nothing but silence then there’s something very wrong, either everyone agrees and you are wasting everyone’s time or people disagree with you yet they don’t feel comfortable raising those objections. Just think for a moment, what are the odds that you always make the right decision? Obviously you don’t because if you did you would be paid millions of dollars to run a large multinational company. The reality is that you will make wrong decisions, it’s inevitable so the best option is to surround yourself with people who are smart enough to know when you are wrong and give them permission to tell you so.

Do what’s right not what’s popular.

The last practical tip is to seperate what’s right from what’s popular. I had someone approach me last week wanting me to coach him and he told me that he would only make a decision that everyone in his team agreed with. I soon informed him that I couldn’t coach him because I only worked with Leaders and he wasn’t a Leader he was a facilitator. There’s  a big difference between the two. A Leader provides a platform so that people feel free to share their opinions but it has to be the Leader that ultimately makes the decision and it has to be one based on what’s right rather than what’s popular. The majority of people will naturally act in a way that suits their own self-interest yet there will be times that what is best for an individual is not what is best for the majority so it’s up to the Leader to put self-interest to one side and make the right decision.

Its not easy making the right decision but if you have the humility to put self-interest to one side, if you have the courage to listen to those who disagree with you and you have the grace to know the difference between right and wrong then even though you won’t avoid all bad situations , you will avoid the ones that really matter.