How To Create A Winning Team Mentality 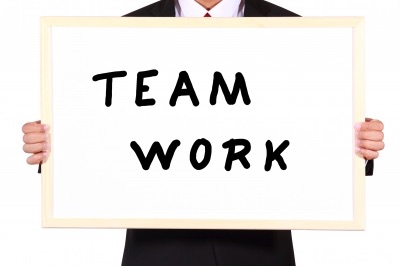 How To Create A Winning Team Mentality.

Every team has a collective mentality.

Within a team individuals are influenced by their peers to adopt certain behaviours and attitudes. This "collective mentality" can be so strong that an individual may take actions which are not instinctive in order not to feel left out. It's the role of the leader to ensure that the collective mentality is a winning mentality and not a losing one. This is vital because once a mentality is installed it is difficult to change. I've seen teams who have had a prolonged period of poor performance and their culture has turned into a losing one and they know that even if they achieve some level of success it will only be temporary because they just don't see themselves as winners. "This always happens to us," and "things never change" are common phrases that you hear. The losing culture is now ingrained to such a level that people find comfort in that mentality and subconsciously strive to maintain that state. It's the ultimate "glass half empty" mentality.

A fundamental requirement of any successful team is the undeniable belief that they can succeed. Without this belief no success will ever be sustainable and they will just have fleeting moments in which they think the team has turned the corner when in reality it's only a brief respite. A winning team mentality is required for ongoing success. This type of mentality ensures that individuals have a positive environment in which they have the freedom and support to perform at their best and each member of the team has a level of accountability for their own and colleagues performances.

It's often thought that the only way to establish such a mentality is to get rid of people and recruit as many new people as possible who won't accept the old ways. I've seen this in action and it only works in isolation when the turnover of staff is done on a large scale otherwise you will find the new individuals will slowly succumb to the collective mentality. The only way to ensure a winning mentality is to establish a permanent team culture by taking the following steps.

Step One: Establish the future reality.
Look at what's going on in your team and be honest about what the future holds if things continue as they are. What does this mean to the team and especially to the individuals within the team. It's common in teams with a losing mentality to have people who are so caught up in this agility that they fail to see what the future holds if they remain on this same track. I've seen people who are miserable at work and feel trapped, unable to do anything to make any changes.

Step Two: Create a vision of the new future
Now it's time to be ambitious, think about where you want your team to be and don't be restrained by current realities or the mountain of obstacles that will be in your way. Ask yourself truthfully where do you want this team to be. If your instant reaction to your new vision is hesitation and a level of discomfort then you are on the right track. I've always described leadership as the ability to install power and belief in people in order for them to reach levels they never felt were imaginable. If you intend to become a quality leader then many things suddenly start becoming possible.

Step Three: Formulate the strategy
People often get confused between strategy and tactics. The best way to think about it is to remember that strategy is the "what" and the tactics are the "how". You need a strategy in place that explains at a high level what needs to happen in order for the new vision to be realised and you will find that later on you will develop tactics, and they may well be several of them to deliver the strategy. The correct strategy required in order to establish a winning mentality has to be a short statement that convinces people that if in place will ensure the desired vision to materialise. People at this stage will not believe that their team can deliver this, but that's fine, the belief will come later. What really needs to happen at this stage is that people believe the strategy and will deliver the vision.

Step Four: Align personal ambitions
Now is to time to start convincing the individuals. Meet people on an individual basis and find out what makes them tick, ask about their personal ambitions and at this stage keep the conversation away from the team and focus the discussion on the individual. The key is to find their burning ambition and to align that ambition to the new vision. If people can see how the realisation of the new vision delivers their own ambition then you will get buy-in on a high level. Create that link and you will create engagement.

Step Five: Time for detail
At this stage you should have some engagement or at least interest from the team to hear more about the vision. Now is the time to establish the tactics that will make the strategy real which in turn makes the vision real. Your tactics should be several statements which are medium level, each strong enough to convince people that if implemented will deliver the strategy. The next part is establishing the behaviours that enable the tactics to be realised. This is an area that is often missed as the behaviours can be quite mundane but it's in this detail that success is formulated. The difference between being average and being great is in the small mundane tasks that happen everyday. This is the difference between being an amateur and being professional.

Step Six: Establish accountability
Once everyone realises their connection between small tasks and the overall strategy for success, then it's time to make it clear who is responsible for what and how failure in those actions impact other people. It's time to make people accountable for their actions and people need to be prepared to hold their colleagues accountable for theirs. Successful teams have what is called "low tolerance threshold" this means issues can be raised easily and promptly without causing offence, and it enables an environment of continuous improvement to be promoted with people getting prompt precise feedback on how to improve.

Step Seven: Celebrate small wins
It will take a long time to turn a losing mentality into a winning mentality and the desired mentality needs to be reinforced at every opportunity so ensure you celebrate the small wins as they occur. Some people will see it as strange at first but as human beings we are driven to continue behaviour that is rewarded and stop behaviour that is discouraged so celebrate the small wins and ensure people realise that each small win is another piece of evidence that proves the desired vision can become real. Given time your team will start believing and when they do you will have that winning mentality you and your team have been searching for.

The path from a losing mentality to a winning one is a long process and requires more detail than I can explain in an article but the steps I've explained here will take a team, regardless of industry whether it's a sports team or a team of architects, to levels never thought imaginable by the team members. It takes three things, passion, time and leadership. If you are serious about making this happen then feel free to contact me and I can let you know how I can help you on this journey.

Image courtesy of Pakorn at FreeDigitalPhotos.net

About the Author:
Mark Wager has twenty five years experience of developing teams and is an expert in facilitating team building workshops. Mark can be contacted via the enquiry form below.

If you like this article check out these other articles:

How To Make Good People Great

Four Ways To Be More Productive

If you want to improve your leadership skills check out these one day workshops in New Zealand. For a customised in-house workshop for your business contact us via the enquiry form below or call Mark on 0064 21 354831 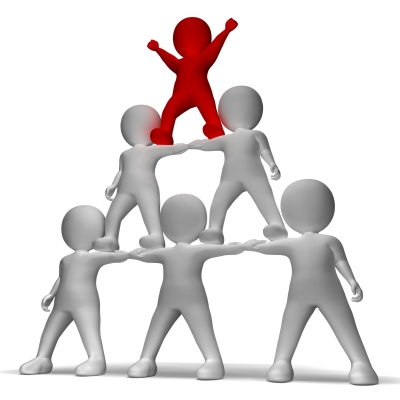