Why Your Company Values Are Losing Your Money 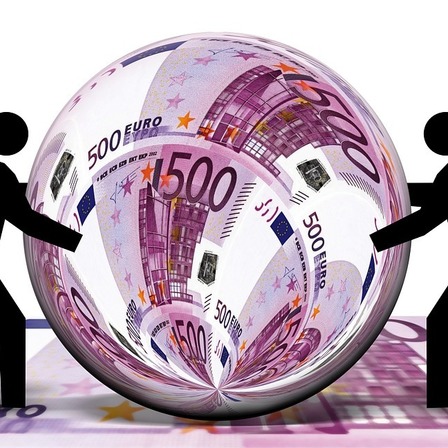 Why Your Company's Values are Losing You Money

Let me ask you a question - can you name your companies values? I don’t mean just a few but can you name all of them? I ask this because recently I visited a company in order to facilitate a Leadership workshop to a group of Senior Managers. During the workshop we started to talk about motivation and in particular how to create an environment of high performance. I then asked the group the same question I asked you i.e to name their company's values and bearing in mind this wasn’t a group of new Managers, it was a collection of Senior Leaders, none of them could tell me what their company's values were and being honest that wasn’t the first company.  I had this experience with other companies.. If you could name them then congratulations but you are in a minority. Many companies may have their values written down but they are not imbedded enough that people recognise them and this causes a big problem. This is losing your company money.

The number one reason why people are not motivated at work is because the values the employee considers to be important to them are not reflected in the actions of the company they work for. When people are not motivated they don’t work as hard, they are not as committed or motivated which impacts the quality of their work which ultimately leads to lost productivity. This is a problem with many modern businesses and most likely with your organisation as well.

Successful business is all about successful relationships

It’s not enough for your values to be shown on a plaque in the recording area nor on everyone’s screen save. Now  don’t get me wrong, this is not a bad thing to do but the values that are important to your team belong in every decision that is made by a Manager, what behaviours are rewarded and what behaviours are punished tells the team what is important to the organisation and if their decisions don’t match those values, it creates a distance between employees and management. Just imagine if you had a friend that kept on telling you they were going to do something but always did the opposite, how frustrated would you become and how long would it take for you to lose your friend? If you think about all your close friends, people who you have chosen to be close to, it’s likely that despite your differences in personality you will have a set of shared values, you would have never written them down but those values would have been defined over years of interaction, relationships especially close ones are formed on a basis of shared values and success. In the business world it is all about relationships.

Business is all about relationships, and the key relationship is between the employees and the management. If you can get that right then together you can achieve remarkable things but it all starts with the right values. If you have the right values then you attract similar minded people, people who believe in what you believe  and when they come together you form a culture that encourages high performance. While this happens you don’t ever have to worry about motivating people because people are working in a workplace in which they motivate themselves. This is how you do it

Your values are the heart of your culture

I want you to ask your team this question. If your company was a person what kind of person would they be, would they be young or old? What would their personality be and once the team have put together this list you need to ask a second crucial question which is would they want to be friends with this person? This may seem a strange exercise but what this does is, it gives you an idea of the alignment between the company's true values and the values which are Important to the people who you work alongside, and by true values I mean not the ones written down but the ones forged by management decisions.

The organisations who succeed in making their values work for them have clarity of what those values mean and more importantly what behaviours demonstrate those values. Just take a common value like “respect.” If you asked ten people questions if they were a respectful person I would image that all ten would say yes but if you asked them what did they do that demonstrated respect then you would get a multitude of answers. In the workplace some people would say that if they told their co-worker that they had make a mistake that was a sign of respect because they want them to be the best possible yet I know other people who would consider critiquing a co-worker as disrespectful. It's not about right or wrong its about clarity. Just like you have clarity about what’s right and wrong with your close friends a company has to have the same clarity with its employees. If you want your team to be courageous then they can’t do that unless they know what behaviours are defined as courageous. If you worked for Netflix, a company that has often said that their values are an integral ingredient of their ongoing success then you know what courage means because their leaders describe courage as:

You say what you think even if it’s controversial.

You make tough decisions without agonising.

You questions actions inconsistent with our values.

I have to stress that’s it’s not about wrong or right , it’s about clarity. The  above definition of courage works for Netflix but may not work for you but with clarity comes understanding and consistency. Your values need to be a filter through which every decision has to pass through, then your actions match your values.

It’s easy to overlook the Importance of company values because so many workplaces don’t take them seriously enough. Your values are not a project, a plaque or a screensaver, your values are the heart of your culture. They are what turns employees into family. Your values if done correctly can become your biggest competitive advantage