Why Your Code of Conduct Needs To Change 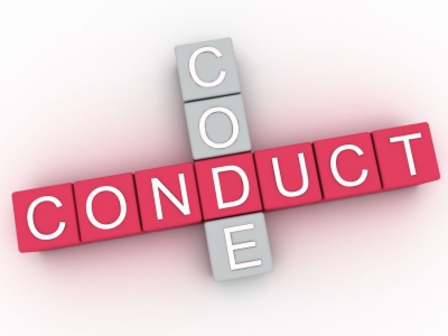 Why Your Companies Code of Conduct Needs To Change

Here is the typical scenario. You start work at a new job and on the first day you are given a manual or a collection of booklets and within that collection is a code of conduct. This manual contains complex rules of what you can and can't do within the workplace, what you can claim as expenses and what you can't and the potential consequences of breaking these rules. You will find larger companies even have whole departments who monitor these rules and ensure staff are complying. This is such a common practice that many companies do it as a matter of course yet in practice that doesn't work. Each and every year these companies have to deal with poor behaviour despite the rules being clearly stated out. You can argue that a written code of conduct makes disciplinary action easier because the disciplinary process is or should be clearly mapped out and that is a valid point but I can tell you that your code of conduct doesn't stop poor behaviour, in fact it most likely encourages it. Let me explain more.

There are organisations out there who have taken a different approach to a code of conduct. They have decided to scrap any manuals and approach the issue in a very different way.

Last year I remember sitting down with Mike Hesson, the Head Coach of the Black Caps, New Zealand's national cricket team. Before he took over the team the Black Caps had a few well publicised examples of unprofessional behaviour yet since his arrival the culture seems to have noticeably improved. When I enquired about how he turned around the team he simply stated that there was no longer an official code of conduct, booklets or manuals but instead each team member had to remember one simple question. The question was "is this in the best interest of the team?" If yes then carry on, if not then don't do it.

Netflix, the on-line streaming giant is a $6.8 billion dollar business which has experienced dramatic growth within the past few years. While it's a common experience to see a workplace culture deteriorate during an expansion, Netflix has experienced the opposite, the workplace culture is often quoted as one of the main strengths of the business. Netflix believe in providing staff with freedom and responsibility, so they scrapped all their policies and replaced it with 5 words "act in Netflix's best interest"

The best leaders and the most effective teams achieve great work environments focusing on providing context rather than aiming to control the actions of their staff. If instead of telling people what to do you provided context by explaining what you are trying to achieve, why you want something done, the impact that individual actions have on the overall objective and a transparent decision making process then people will do their tasks not because they have been told to but because they want to and because it's the right thing to do.

You don't need a written set of rules and a code of conduct, instead you need to provide a context so that people who believe in what you believe in will want to work with you. We know this to be true because in our lives this is how we establish our best relationships. Imagine the scenario a couple getting married and at the wedding ceremony one of couple brings out a manual with a complex set of rules making it clear what the other person can and can't do during the relationship, how long would that relationship last? Most likely not even until the end of the ceremony. Even the idea seems ludicrous but with our workplace relationships many companies do that with every employee despite the fact that many people spend more time within their workplace and among colleagues than they do with their partners. Relationships work when people share the same values and want the same outcome. This is the same whether the relationship is within or outside the workplace.

The code of conduct or rule book is a traditional method to create a positive working environment which in turn will encourage motivated and passionate staff yet it's becoming clear in the business world that this process is outdated. Companies are finding more effective ways of creating the desired workplace environment. Like the New Zealand Cricket team, Netflix and many others they are providing a clear context of what they stand for and what they want to achieve and then they go out of their way to recruit people who believe in what they believe in and want to achieve what they want to achieve and once they have done this they trust people to do what they believe is right.

It's clear to point out that this isn't about going easy on people. In my experience teams that rely on providing context and trust come down much harsher on people who breach that trust than companies who focus on enforcing rules. You are much more likely to be fired or asked to leave when you break trust within a context/trust focussed team because they understand that once trust is damaged it's very difficult to fix.

So the next time you are sitting down and planning to write down a set of rules or hand out a code of conduct, stop and ask yourself how instead of trying to control people how can you provide context for staff to achieve the goals of the business.