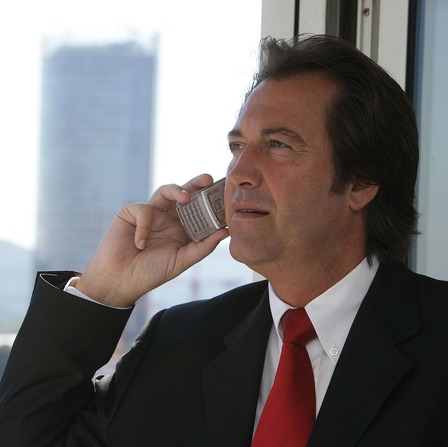 Do you have a boss who doesn’t listen to feedback? Do you have a Boss who believes it is never their fault when things go wrong? Have you ever wondered why there are such a few good leaders? If you have then you are not alone. In a survey conducted by the Australasian Leadership Institute, less than one in ten (9%) of employees felt that they worked for an excellent leader and nearly one in three (32%) believed they worked for a poor leader. This is remarkable considering how much we know about Leadership especially when it comes to leadership qualities. If you approached fifty random people on the street and asked them to list the qualities of what makes a good leader you will find several similarities on what makes a good leader so why isn’t every leader a good leader?

The reason is that many leaders aren’t as good as they think they are. In the same survey by the Australasian Leadership Institute when Leaders were asked to rate themselves in comparison to other leaders nearly all of them (95%) rated themselves as above average. However when working with poor leaders who  didn’t consider themselves poor at their jobs and believed they had bad employees instead. This type of thinking prevents leaders from becoming better because why would  improvements be necessary when the problem is not with them and is with everyone else. The reason why this occurs is because of something we call Illusory superiority.

Illusory superiority is a psychological condition in which a person overestimates their own qualities and abilities in relation to other people. It leads to people becoming over confident which prevents them from recognising weaknesses and making improvements. This condition is exaggerated in Leaders because of two reasons. Firstly, in the majority of cultures, it’s socially unacceptable to challenge your Boss. If someone junior within an organisation makes a mistakes everyone feels comfortable telling them off yet if a Boss makes the same mistake they often don’t get told, the more senior you are within an organisation the less likely  you are to receive honest feedback and secondly the worse a person is the less likely they are to be aware of their failings. This is what is known as the Dunning-Kruger effect.

In 1995 McArthur Wheeler robbed two banks in the United States. During the robbery he didn’t wear a mask even though he knew he was caught on security cameras. When he was caught he was asked why he didn’t wear a mask, his reply was that he didn’t have it because he rubbed lemon juice on his face making himself believe that it would make him invisible to the cameras. Upon seeing this, social psychologists David Dunning and Justin Kruger asked themselves how could anyone be incompetent and not aware that they are incompetent so they conducted a study of people in workplaces and they found that the more incompetent a person was the greater the level of Illusory superiority they possessed. David Dunning described this as “If you’re incompetent, you can’t know you’re incompetent. The skills you need to produce a right answer are exactly the skills you need to recognise what a right answer is”

The truth is that your Boss isn’t as good as thought to be. While for some this isn’t an issue because they have the humility and intelligence to recognise this and take the necessary action by attending Leadership training and start listening to feedback,  for many other Leaders their overconfidence is a serious issue. Good people who want to do a good job are being labeled as bad employees because their Leader is blaming them for their own mistakes and whenever someone has the courage to disagree with their Boss they are automatically labelled as having an attitude and not being team players. Good employees are miserable at work not because of anything they are doing wrong but only because they have the misfortune of working with a Boss who has Illusory superiority and the worse that Boss is the worse it is for everyone around them and the saddest part of this whole story is that the solution is simple. If only certain leaders can open their eyes the answer is humility.

Humility is the most important quality any Leader can possess. It’s a sign of intelligence and courage, the ability to recognise their own limitations, to allow others to take credit and to admit their failings. If a Leader can embrace humility then they open themselves up to a whole new world of learning and they can reach heights that they never imagined possible so they can truly become the kind of quality leader they always wanted to become.

‘True knowledge is to know the extent of ones ignorance” - Confucius