Why You Are Never Too Old To Be Successful In Business 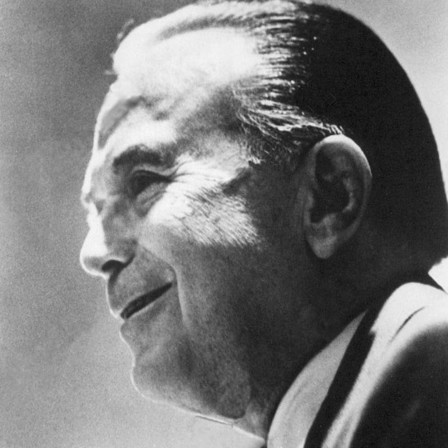 Why You Are Never Too Old To Be Successful In Business

I was watching a movie earlier this week called “The Founder” starring Michael Keaton. It's  the story of Ray Kroc, the American fast food tycoon who was instrumental in turning McDonalds into one of the worlds most successful brands. It’s a fascinating story but the most interesting thing that I took away was that Ray Kroc was 52 years old when he opened his first McDonalds store and before that he was a milkshake mixer salesperson. Nearly all of his personal net worth which was estimated at around $600 million dollars was early after the age of fifty and that is what I want to talk to you about today,  age, and in particular why you are never too old to be successful.

It’s easy to fall into the trap of thinking that ambition is a quality that is exclusive to the young. It is  a trap that leads to people believing that they are too old to succeed. “If only I was twenty years younger” “my time has passed” are often said but these statements are not true. Success requires courage, commitment and vision all of which have no connection to your age. If you want to change your life, if you want to pursue a dream then it’s not too late and there are many examples of people like Ray Croc who prove that you are never too old to be successful.

Another fast food tycoon, Harland Sanders who is more commonly known as Colonel Sanders was sixty five years old, out of a job and with a history of being fired from several jobs yet this didn’t stop him. The story goes that with his monthly security cheque Harland Sanders traveled to different restaurants looking to franchise his recipe for fried chicken, often sleeping in his car. His  approach formed the KFC, Kentucky Fried Chicken franchise and quickly expanded to six hundred restaurants before he sold his company five years later for what is today worth sixteen million dollars.

The former president of the United States didn’t enter politics until he was Fifty five years old, with a background of being a moderately successful actor and a spokesman for the energy company General Electric nothing suggested that he would be successful with such a career change yet in 1966 he won the race to become Governor of California, a remarkable achievement but Ronald Reagan didn’t stop there. After two unsuccessful attempts Ronald Reagan become President of the United States at the age of sixty nine years old and was re-elected four years after.

Charles Darwin is often described as one of the most influential figures in human history with his contributions to the science of human evolution, yet his most famous work “The Origin of the Species” wasn’t published until he was fifty years old, at the age when a many people believe their best work is behind them. Charles Darwin produced his best work at fifty and changed the world of science forever.

I had a phone call last week from a woman who wanted to know if she could attend a Leadership workshop that I was facilitating which was designed for new and emerging leaders. I was surprised with her question. When I asked her why  she thought she couldn’t attend, her answer was that she was over fifty and maybe too old to become a Leader. Age is irrelevant to Leadership and success. To be a Leader you need humility, courage, commitment and vision and I know some wonderful Leaders who started their journey late in life and some who started young. Each and every journey is different.

As we get older it’s easy to start to believe that our best years are behind us and that ambition is something that belongs in our past but if everyone believed this then the world would look very different. If a struggling milkshake mixer salesman thought he was too old then there wouldn’t be over thirty seven thousand MacDonalds restaurants in one hundred and twenty countries around the world employing over two hundred and ten thousand people. Ray Kroc is just one of many people who didn’t allow his later years to dampen his ambition so regardless of your age if you feel that your story still hasn’t been written yet, if you feel you still have a lot to achieve and you can still make a difference then don’t allow a number to stop you and remember what your age is, it’s just a number.

Your story still has chapters left waiting to be written. It is up to you to decide what those chapters contain.