Why You Are Holding Yourself Back by Mark Wager 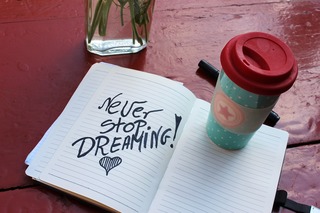 Why You Are Holding Yourself Back

Do you know someone who wants something more in their life and career but seems unable to take any steps to achieve their ambition? It may be a job that they want but end up not applying for or a business idea that stays just that, an idea.

It’s always fascinated me just how many people hold themselves back, people who are clearly capable to achieving far more than they are doing yet for some reason they are not living up to their potential. In this week’s article I want to explore why this happens and if you are one of those people, what you can do to fulfil your potential.

You are seeking comfort rather than greatness

"The world offers you comfort. But you were not made for comfort. You were made for greatness."- Pope Benedict XVI.

The main reason why people hold themselves back is their mindset, the primary purpose of their inner narrative, the story people tell themselves everyday is to provide a view of the world that increases the probability of them remaining safe. Every time people tell themselves that they can do something or they can’t do something it creates a comfort zone in which they live. Every belief is like a brick in the building of a house in which your mind lives comfortably  by staying within that comfort zone which keeps people safe but is that really a life worth living? There are many things about life that I don’t know but I’m certain that the purpose of life is not to be average. Greatness is achievable. People just need to move outside  their comfort zone.

Your goals are too low

“The greatest danger for most of us is not that our aim is too high and we miss it, but that it is too low and we reach it” - Michelangelo

People don’t like to fail and it’s completely understandable. Losing makes people uncomfortable or at worst it hurts and the mind doesn’t like this so it avoids the scenario by encouraging low goals. By achieving the low goals they have set themselves, the mind provides them with a false sense of accomplishment and a feeling of satisfaction which in turn encourages further low goal setting and before they know it they find themselves in an ongoing cycle of mediocrity. The people who succeed in life and in business are never the smartest or luckiest. The people who succeed are the ones who are able to embrace the discomfort that failure brings because it’s in that discomfort that the lessons for success are provided.

You live in an illusion of success

When I coach people, whether they want to become better leaders, better entrepreneurs or just better people, I always tell them that their biggest breakthrough will occur when something they strongly believe in which they have never ever challenged is discovered to be false. This false belief may be about the level of their own ability or about the difficulty of a task. They may think they are better at something than they actually are so they don’t improve because they believe they don’t have to or instead they may think they are bad at something when in reality they are not but they never find out because they are convinced they will fail. Success is about  waking up to the reality of the situation and embracing the truth about yourself even if it’s not the truth you desire.

You allow other people to define your limitations.

People around you will have an opinion about you. Some will think highly of you while others may not. It’s all too easy to accept other’s beliefs over your own, however, in many circumstances, the opinion others have of you  is not just based on your actions but rather on their own beliefs. For example, some people will not want you to succeed because if you do it will highlight their own failings. So they hold you back because if they can’t succeed then others won’t as well. At the other end of the scale, people who care for you will often do so as an act for kindness to which enables a false belief making you think that you are a success when you are actually not or that you are unlucky when in reality you weren’t good enough. Whatever the reason you can’t allow other people to define your limitations. You have to discover them yourself.

There are many obstacles standing between you and success but the most significant one, the one which is most likely to prevent you from succeeding is yourself. It’s you that will be your biggest challenge but it’s a challenge you don’t have to face alone. If you need advice or assistance on how to change your mindset feel free to contact me. Success is waiting for you.