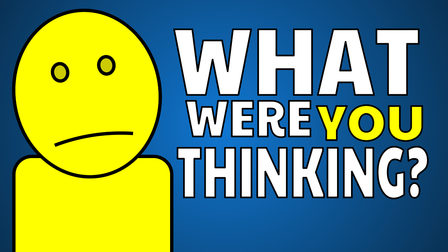 While countries have experienced different levels of success while dealing with the Covid-19 pandemic, their approach has been consistent. All around the world Governments have been asking people to social distance and in many cases self-isolate. It's a very simple instruction in order to save lives . All people have to do is to stay home yet what is also apparent is that there are some people who are incapable of following this simple instruction. This is not just a problem for a particular country. It's becoming a serious problem worldwide.

It’s a frustration that Leaders in business share. As a Leadership Coach I have Leaders contacting me for advice and a typical question I get asked is “Mark, I’ve asked someone to do something simple and they just didn’t do it, what should I do?” In this week's article I want to explore why some people can’t follow simple instructions and the solution to this problem.

They think the rules don’t apply to them

Some people tend to have an over inflated opinion of their abilities in relation to other people. I’m sure we have all worked with someone who believes they are far better than what they actually are. When this happens they understand and even agree with the instructions but don’t think the instructions apply to them. This is known as “illusory superiority” and is particularly common with people who are in roles which tend to have a lot of responsibility, and yes it’s often Leaders who are the worst at following instructions. Recently in Scotland, Catherine Calderwood, the chief medical officer and the person responsible for issuing guidelines on how to deal with the coronavirus outbreak, had to resign because she broke the self-isolation rules twice. The same rules that she was responsible for creating.

Solution: Encourage the Leaders to Lead

I recall a coaching session in which a Leader expressed concern for the heath of her team. They were working very long hours and stress was building and it seemed no matter how many times she asked them to take their breaks or leave on time they did the opposite.  The Leader was frustrated and wanted a solution. I asked the Leader if she took her breaks and if she went home on time to which her reply was “no I don’t but it’s different for me.” It was at this moment that the she realised that it was her behaviour  that needed to change before her team because those around her copied her actions and it was for her to set the example. If you feel that someone won't follow a simple instruction then make them realise just how much their actions impact those around them. Play to their self-importance and instead for asking them to follow, you are asking them to lead.

They don’t think it’s that bad

The key difference between countries that have managed the coronavirus outbreak well and those countries that haven’t is the speed of action as soon as they had the first cases. Countries like Fiji and New Zealander took very firm action as soon as cases started appearing and before a single death yet unfortunately in the United States, it took four thousand deaths before any serious action was taken by the President. Prior to that, President Trump who had the same information as other countries was downplaying the pandemic saying it would go away and it wasn’t that serious yet such delays in action meant that at the time of this article the United States is recording around 30,000 new cases every day and with over 1,000 deaths per day and it’s only getting worse. Just  some simple steps at the start of the pandemic would have saved many lives.

Anyone who works in Human Resources has encountered the situation where health and safety policies have been issued warning people of hazards around the workplace but then people ignore the policies until one day there’s an accident and it’s only then when people take the warning seriously. Everyone needs a different level of evidence in order to convince them to take action so if you want to convince people, you need to make the consequences very clear and very real and be prepared to back it up with evidence. Don't assume that just because you say something that everyone will accept what you say.

Some people are just stupid

The sad aspect of human nature is that there will always be some people  you just can’t help no matter what you do. In New Zealand eight people have been arrested and charged for repeated breaches of the national lockdown and are now facing potential jail time and it’s not just New Zealand, Italy and other European countries have also had to take such action. Considering what has happened people can avoid getting arrested and going to jail by just following a simple instruction, just by sitting at home and watching TV you can avoid getting in trouble but there are people who are unable to do this.

As a Leadership Coach I can find solutions to many issues in workplaces but unfortunately you just can’t fix stupid. If you explain a situation to someone and make the instructions simple and clear and they fail to do this it’s your fault as a Leader but if you explain again stressing the importance and consequences and they still fail to comply then it’s the individuals fault. In the workplace these people don't fit in and don't last long. It's not a nice thing to fire people but remember a true Leader doesn’t fire people, a true leader explains to people the consequences of their actions and allows the employee to fire themselves. As a Leader you can’t control people all you can do is educate them and hopefully with the right encouragement and information they will do the right thing.