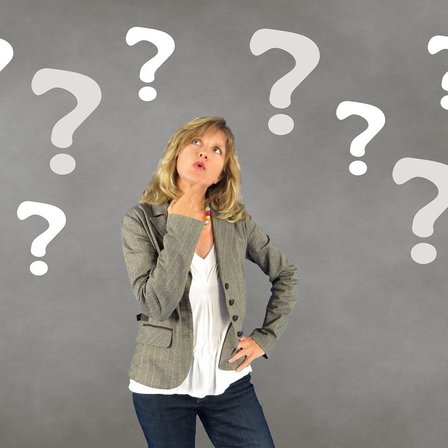 One of the most fascinating situations that I deal with as a Leadership Coach is when I meet a group of Managers who are incredibly smart people with a history of success throughout their career and despite this intelligence and experience they end up making a very stupid decision. From the staff perspective, the decision seems terrible and a blatant disregard to facts, yet in the eyes of the Manager, it’s a logical decision and they don’t understand why people are in disagreement. If you have ever worked for a company that has made decisions that seem stupid or if you are a Manager who wants to avoid possible career ending mistakes, then this week's article is for you.

I remember a time when I was asked to advise a management team who wanted help with communicating a message with the wider team. The situation was that the mangers had signed off some fixes to the company's computer system because there had been many complaints for years about it not working, crashing and losing important data. Each and every year they spent money trying to fix it and with every solution, more problems were raised. They wanted my help to communicate the news with the staff about the further fixes. The Managers missed the real issue, which was the system needed to be scrapped and a new one bought instead of spending more and more money on a broken system. They fell into the trap of making a bad decisions because they had invested so much previously that they didn’t want to waste further time and money when in reality the best decision, which they finally made was to start fresh. This situation is known as the Concorde fallacy.

Very smart people can make very stupid decisions because of the Concorde fallacy which according to the Cambridge Business English Dictionary is described as:

“The idea that you should continue to spend money on a project, product, etc in order not to waste the money or effort you have already put into it, which may lead to bad decisions”

The Concorde fallacy, also known as the “sunk cost fallacy,” refers to the fact that both governments (British and France) continued funding the project of nearly thirty years even though they know there was no economic case for the aircraft as it had lost money each and every year. They knew it was a commercial disaster but political decisions made it impossible for either government to pull out, so bad decisions were continually  made until the financial position was so bad that the British and French governments had no choice but to stop the project.

We have come too far to stop now.

This can also effect people when they have invested so much time that they fail to see the real cost of maintaining their position. A typical example would be an employee staying in a job that they are unhappy in for far too long even though they can get a new job. They don’t leave because they have  invested so much time at work they overestimate the value of their current job telling themselves the following. “They would fall part without me.” or “Things will change.” Another example that I commonly see a lot of Managers do is, when they have a poor performing employee,  instead of moving that employee on they continue to give the employee more chances or even worse, they move the employee sideways onto a another role within the company. This causes unnecessary stress on other members of the team who have to work alongside someone who isn’t capable of doing their job. It's not even good for the individual as no one likes being bad at their job. In these situations I hear Managers give me a multitude of excuses on avoiding the right decision. The decision that’s best for everyone including for the long term employees as well. I imagine as you are reading this, these examples are familiar to you so the question is how do you avoid this?

How to quit a losing battle.

The biggest challenge a Manager will face is their own ego. They will be put in situations where they will have to decide between doing the right thing or doing the thing that makes them look good and it’s the ego that blurs the lines between the two and will make even the smartest person  make decisions that they will regret in the future. The key to avoid this scenario is to take a step back and make decisions with your ego removed. A good way to do this is to ask yourself what advice would I give if someone else was in my position.  I have a favourite example that a Manager of mine shared with me many years ago. He used to tell us that when we had to make a difficult decision especially when it’s regarding a project we had to ask ourselves “what would we do differently if we were starting this project today?” Asking  this simple question enables us to look at the situation through a different viewpoint and challenges us to remove the past from the equation.

Remember no matter what you do you can’t do anything to change the past but you have the power to build the future but you can only truly grasp that power when you let go of what has happened before.