Why Humility Is The Most Important Leadership Quality 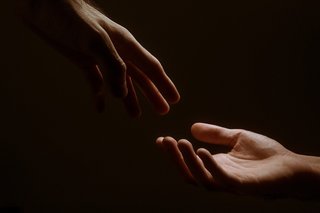 Why Humility Is The Most Important Quality A Leader Requires.

A common question I am asked is what is the most important Leadership quality? My answer is always the same. There are many qualities a leader requires but without any doubt whatsoever, the most important quality is humility. In fact I’ve never met a successful leader who isn’t humble. I have met some leaders who are not humble and who believe they are successful when in reality they are nowhere near as good as they like to believe they are. In this week’s article I want to explain why you need to look for humility in candidates you are looking to appoint a new Leaders.  You  need to seek humility in yourself as well.

Leaders need to be confident but without humility confidence can become arrogance.

When someone has been selected for a Leadership role people naturally start treating that person differently. It’s within our nature to look up to people in more senior positions and because of this power imbalance communication is different. You  don’t say the some things to a Leader that you would to someone on your own level.  A  perfect example is when someone makes a mistake, people feel comfortable highlighting their error in order to ensure they don’t do it again however if their boss makes a mistake then it’s much more difficult to raise the issue. People don’t want to be seen as disrespectful nor do they don’t want to get into trouble. So they tend to remain quiet, yet without feedback, Leaders will not only make mistakes but continue to repeat those same mistakes. A lack of humility blinds the leader to their failings and as a result they risk never fulfilling their potential.

The purpose of Leadership is to put the needs of the team ahead of their own personal interests however without humility the danger is that the Leaders fail to see what the team really needs and they start making decisions that positively impact themselves leading to undesirable qualities such as taking credit for other people’s work, ignoring other peoples suggestions, showing favouritism to people that agree with them, unable to respectfully deal with complaints and the list goes on. Without humility, the leader’s ego remains unchecked allowing arrogance to take other. The more extreme cases of this is known in psychology as “Hubris Syndrome”

Lord David Owen, the former British Foreign Secretary and Psychiatrist Jonathan Davidson,  conducted research on the detrimental effect that an inflated ego can have on Leaders who have been in powerful roles for an extended period of time. They found that Leaders without humility tended to share similar behaviours and of the fourteen here are the most common ones.

The tell tale signs of an arrogant Leader.

The study labeled Leaders who demonstrated the above behaviours as suffering from Hubris Syndrome where their excessive pride and lack of humility prevented them from becoming effective Leaders.

The saddest part of all this is that Leaders who lack humility are often unable to identify themselves as having a problem and instead they tend to place the blame for any failings on other people for example if they upset someone then they believe it’s because that person is too sensitive rather than something that they did or if someone doesn’t follow instructions the arrogant Leader doesn’t see a failure of communication instead the individual isn’t good enough. This inability to view themselves through any critical lenses means that without humility their career stalls unable to progress beyond any level of mediocrity.

The best Leaders are the ones that are able to find something to believe in that is greater than themselves, they are able to share this vision with a team that they are willing to commit themselves to.  Leadership is about service, empowering everyone within their team, making them feel special and being there for them when needed and  ultimately all of this requires one simple quality, the most important quality in Leadership which is humility.