Why Do We Avoid Conflict? 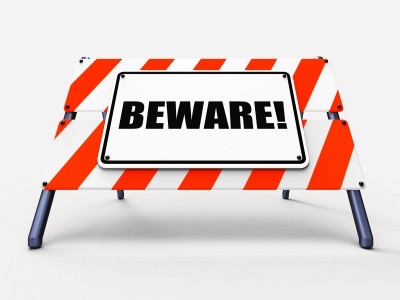 Why Do We Avoid Conflict
By Mark Wager

The most common request I get for coaching is to assist people in dealing with conflict. People find conflict difficult and will sometimes go through great lengths in order to avoid it or they get themselves so worked up that by the time they deal with the conflict it’s escalated into something much bigger than it originally was. The end results are very rarely satisfactory. Why does this happen why do people tend to avoid conflict?

The answer is: We avoid conflict because we misinterpret messages that our body sends to us. As human beings we have instincts that are wired in such a way that have enabled the human race to survive over 200,000 years. Two of those such instincts, while they help us survive, also send us false messages to avoid conflict. It’s our ability to feel pain and our imagination that is at the root of the problem.

We feel pain in order for us to know what to avoid, so we instinctively do what we can to avoid pain. Our imagination enables us to predict what will happen in a situation without necessarily experiencing that situation. I have never ever placed my hand in an open fire and I never will because I can imagine what will happen even though I have never been burned before. These instincts assist us every day but when it comes to conflict they commonly fail us. When faced with conflict whether it’s in the workplace or in our private life we imagine the consequences of dealing with that conflict and it’s rare that in our imagination the resolution goes well. In fact it tends to go very badly when arguments start, voices are raised and relationships and even careers are damaged forever. So with this mindset it’s no wonder that we anticipate pain so we do what we can to avoid conflict.

The scenario we imagine is wrong and with the right techniques conflict can be easily managed and we soon learn that conflict is not something that needs to be avoided in fact it’s something that needs to be sought out. The conventional thinking is that relationships both personally and professionally are most successful when people compromise a lot and have a high threshold before they raise issues but there have been many studies to illustrate that the opposite is true. The secret to a strong relationship is to be able to raise issues as they occur and before they escalate. This is called “A low negativity threshold”

I know from my experience of developing teams and individuals over the past twenty five years across a range of industries, nationalities and cultures that avoiding conflict does not avoid pain it just delays the pain and when the pain surfaces its far greater than it was originally. My biggest mistakes as a leader were as a result of not having enough conflict in my team rather than having too much. I never created the environment that empowered people to raise suggestions and ideas and to talk to me about issues,no matter how small, that they were unhappy about.

Ignore your inner thoughts when they tell you not to raise issues and learn the techniques that conflict resolution requires and before you know it your life will be changed for the better. 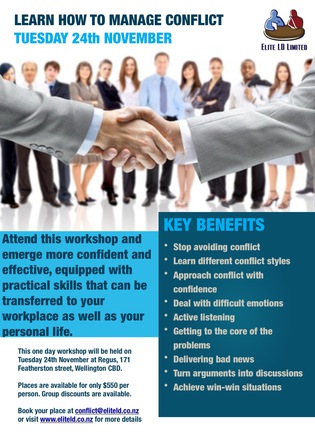