What To Do When People Make A Mistake 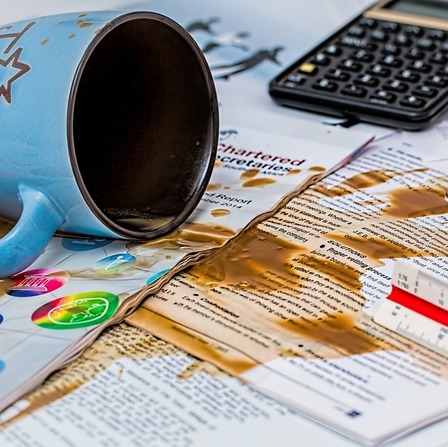 What to do when someone in your team makes a mistake

No matter how hard people work, no matter how much preparation or training has been done, mistakes will always occur. No one comes to work to do a bad job but these days, it’s up to the Leader to talk to the employee about the what went wrong and what needs to happen in order to ensure that the same mistake doesn’t recur. These mistakes can be awkward because the Leader wants to improve performance without demotivating the staff. It's a difficult balance to achieve so this week I thought I would provide some practical tips that will help when someone in your team has made a mistake.

When a mistake happens the first time it’s the Leaders fault.

Over two and a half thousand years ago a Chinese military General Sun Tzu wrote that “If words of command are not clear and distinct, if orders are not thoroughly understood, then the general is to blame. But, if orders are clear and the soldiers nevertheless disobey, then it is the fault of their officers.” Even though the world has changed dramatically since Sun Tzu lead his army, the principles he taught are still relevant today. The Leader is responsible for making sure that people know what needs to be done and that they have the tools to do the job so if they fail, the only person the Leaders can blame are themselves. If mistakes continue that’s a different matter but in the first instance the Leader should never get angry with anyone else but themselves.

When you are correcting someone’s mistake you need to remember this is not about punishment unless the mistake is extremely severe. If  it’s not then the conversation is about clarifying expectations. Steve Hansen, the former All Blacks coach was asked last year why he dropped the Blues number eight Akira Ioane. His reply was that he didn’t drop him the player dropped himself. He was aware of what standard was expected in terms of fitness and Akira chose not to reach these standards. When he did  then he would be selected again. What Steve Hansen understood was that as a Leader he was responsible for clarifying expectations and it’s  the players responsibility to reach those standards. Obviously he would  offer support and advice but it’s important to know the different responsibilities. So focus on clarification rather than punishment.

Most errors occur because of poor delegation. The  instructions need to be clear so when  explaining the task you need to focus on the following. Explaining  what needs to be done and why, how it must be done and the expected timeframe. Address  the most common reasons for mistakes which are “I didn’t know what to do” “I didn’t know it was so important” and “I didn’t know when it had to be done by.” Now most Leaders stop there which is also a mistake because these steps won’t fully work without addressing the “how” thoroughly. The Leader needs to ask the team how the task is going to be completed, how the certain known challenges are going to be overcome etc. If the answer is still “I don’t know” or is something that  is not going to work then you have spotted a mistake before it happens. This doesn’t mean the employees have full freedom to do whatever they want but what is important is that delegation is not a lecture it’s a discussion. Employees  need to be involved just like in the All Blacks example above. The employees have to have involvement and responsibility otherwise mistakes will continue to occur.

The two most important words in Leadership

Leadership is not just about correcting errors it is also about encouraging good performance, making sure what is working well continues, and the best way to do this is to reward people. What  is rewarded is reinforced so  it’s important to remember that a reward doesn’t always mean money. I remember a time that I was delivering  a workshop on How to Build An Effective Team while I was in Nadi and a Manager asked me what was the best thing she could do to reward her team. She  was in the process of building a business case for pay rises but was having no luck so was wondering what she could do in the short term. In response,  a fellow Manager next to her asked “when was the last time you said thank you?” There was a silence in the room as the Manger realised she overlooked something so simple. The two most powerful words in Leadership are “thank you” and just because you may not need to hear those words it doesn’t mean they aren’t powerful for someone else. People  like to be acknowledged for doing a job well and when this happens it reduces the chances of mistakes happening in the future.

Mistakes are frustrating but the best teams I have trained aren’t afraid of making mistakes because they understand that the only true way to avoid mistakes is not to do anything. To improve, to get better you have to push yourself and your team and when this happens mistakes will occur. It's  what you do after the mistake occurs that matters. So are you going to blame people or take responsibility? Are you going to punish or offer clarification? Are you going to lecture people or enter into discussions? It’s these decisions on how you handle mistakes within your team that will determine how good a Leader you want to be.

“Anyone who has never made a mistake has never tried anything new.”