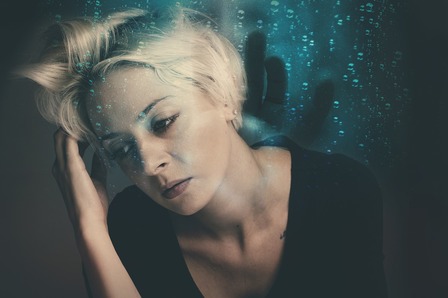 It’s a story that I hear far too often, a Leader that is drowning in work. They have far to much work that can’t reasonably be completed in the time available. Typically in these situations the Leader tries to deal with the situation by working longer hours. This is incredibly short term thinking as the longer hours you work the less effective you are and the less effective you are the more mistakes you make which then results in even more work.  This leads to stress, poor morale which impacts not only your work but also your team. This then affects those closest to them in their personal life because problems at work tend to go home with people.

So what does a leader do in these circumstances? Let me introduce you to Code Red Leadership.

There’s a short term and long term response to such situations. In the long term you want to address your staff resources available to you. Review their job description and put together accurate predictions of workload. These are all important and I will address them in a future article. Today, I want to give you short term solutions so that if you are drowning in work at this very moment, these techniques can help you.

When there’s just a mountain or work in front of you the most important thing to remember is that you can’t lead in the way you would normally lead but you still have to lead. There’s a great temptation to abandon your leadership duties and just focus on doing the same work as everyone else.  This is no more than a momentary solution. Your team needs leadership mostly at this time and when you stop leading, the team stops moving forward.

I remember a phone call from a Leader who took pride that she spent hours doing her team’s photocopying and while there are times when we all need to do whatever is required regardless of job titles it should never happen frequently because that leader would have been the most expensive admin worker in the country. So I told her that if she did that every week then she should resign and the company could use her salary to hire three admin assistants and then the work problem would be solved. However, Leaders need to lead, they just need to adapt their leadership style which is where Code Red Leadership comes in.

Code Red Leadership is a philosophy that I’ve designed which allows a Leader to continue leading effectively while managing excessive workloads. This should never be a permanent style but it will help you get through sudden surges in work without working excessive hours. The key is to implement a Triage system. “Triage” is a term used in the medical profession when a nurse or doctor assigns the degree of urgency to wounds in order to decide the order of treatment.  This is particularly useful when there’s a situation where there are not enough doctors to deal with the sick. The key to implementing a triage system is to introduce methods that allows people to recognise, prioritise and allocate the work among themselves thus freeing you up to lead, manage and control the situation and prevent escalations. This is the key difference between traditional time management techniques and code Red leadership which is more about triage rather than prioritisation.

Usually when a leader is overworked it means more work is delegated to the leader from above and the better performer you are the more likely it is that you will be given more work. I’ve been in a boardrooms where discussions about who should be given responsibility of a new project have taken place. I remember once someone stood up and said it should go to the lazy manager who doesn’t do any work.  Important work is always given to the top performing Leaders and never the  lazy ones.

When given work from a higher level, it’s unlikely you are the type of person that wants to say no. So don’t say no, instead just explain the consequences “that’s no problem, I can do X project but if I do then Y project will be delayed a week, are you ok with this?” What this technique does is empowers the person who is most likely to know more about the situation (your boss) is doing the triage and making a decision on what work is more important and needs to be addressed first. Another benefit is that you are setting expectations on what will be delayed which this avoids any explanations later on.

When busy, one of the first tasks to perform along side is coaching the team. When the leader stops coaching then mistakes are missed & the team stops improving. A way to address this is to adopt surgical coaching which is the coaching session of 5-10 minutes long instead of 60 minutes long. This is achieved when the individuals within the team does the work to identify possible areas of improvement or risk so that when the leader coaches they can immediately focus on the key issues.

In surgical coaching, the members of the team have to answer three simple questions which should take no more than five minutes to complete. If it takes longer then people are doing it wrong. The three questions are:

What work have you done?

What results have you achieved?

What barriers are you facing?

When the leader has the answers for these questions then the 5-10 minute coaching session is used to focus only on what matters. It’s a surgical approach rather than the traditional wider coaching approach. In this way it’s the team that’s doing the triage rather than the leader themselves.

There are many other techniques that form Code Red Leadership but hopefully the examples above have shown you how you need to adapt your leadership style during very busy time. The key lesson is to never stop leading. If you are a leader then you add most value by being a leader so you can’t stop leading. Focus on triage and you will get through this busy period a better leader than you were before