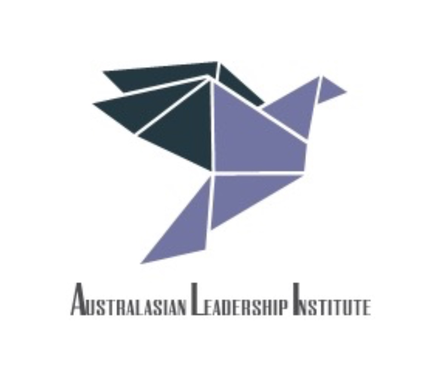 The biggest difference in the development journey of a leader and of one of their team can be attributed to the amount and quality of feedback they receive.

Leaders struggle to receive equality feedback so as a result struggle to develop yet this is not the same in other roles within an organisation. When you start in an organisation you will make mistakes, its natural and it's even expected because you are new. As a new employee you are made well aware of your mistakes and what can be done better, in fact it's difficult to avoid such feedback. It comes from your boss, your colleagues, your customers and maybe even your boss's  boss. Every one tells you when you make a mistake yet when you progress up the ranks in an organisation that changes and when you become a leader you receive less feedback. People by their very nature are hesitant to approach a leader about a mistake made by the leader himself . Will they be criticised? Yes they will be but it's rare for that criticism to be provided to the leader and studies have shown that this gets worse for the more senior roles the leader is in.

It's important to remember that everyone makes mistakes, hopefully the leader doesn't make many mistakes and when they do they don't have a significant impact but no leader is a perfect person and they will make mistakes and mistakes are vital for development. The best way for anyone to learn anything is to actually do it and learn what works and what doesn't. A mistake at its very foundation is a gift showing you how to do something better but it only works when you are aware that a mistake is occurring otherwise you will be destined to repeat the mistake over and over again.

Why leaders don't get feedback?

It's difficult to tell anyone that you believe they are wrong. The person may be offended, you may cause unnecessary conflict, they may retaliate, they may just ignore you so whats the point and you may even be wrong. When you add into the equation that the person who made a mistake is a leader, someone who is in a more senior role and has a certain amount of power over you, the situation becomes even more difficult which is a shame because it's difficult for the leader to become better when they don't know what they are doing wrong. For a leader to be successful they need to know what their team really wants.

What people really think about their leader?

In a survey done by the Australasian Leadership Institute employees from a range of industries were asked  what they really thought about their boss and the results were interesting. Every team and every leader is different but overall employees felt their boss was hard working and trust worthy but were poor communicators, not very good motivators who needed leadership training.

82% of leaders were rated as trustworthy by their employees

67% of leaders were rated as hardworking by their employees

37% of leaders were rated as poor motivators

37% of leaders were rated as poor communicators

73% of employees felt their leader would benefit from leadership training

33% of leaders were rated as poor by their employees

The research showed that employees had significant concerns about their leaders but more worryingly also showed that leaders were unaware of what their team thought about  them because the survey showed that a third of all leaders were considered to be poor leaders. When the leaders were surveyed, less than one in ten leaders (9%) rated themselves as a poor leader. A big discrepancy and further proof about just how little quality feedback leaders got and I see this in action every day. As a Leadership Coach I work directly with leaders and a common issue is that they don't know what they don't know so they are not making improvements because they believe everything is going fine unaware that others are seeing mistakes that they themselves are not seeing, but there is a solution.

How to get feedback

Leaders need feedback but how do they get it? You may think it's as simple as just asking your team but this has challenges in itself. In the vast majority of circumstances employees would find this uncomfortable and are likely to  provide more positive feedback than what they really believe, which doesn't help the leader because leaders can only develop when they know the truth.

Let me share what I do with my clients. I implement what is called a "360 degree feedback surveys." This is when I find out what the leader's employees and peers really think about them as a leader, what  their strengths and weaknesses really are.  I go through the responses to ensure confidentiality so the leader doesn't know who said what and also make sure the feedback is useful. If someone criticises without substance or merit then that doesn't help anyone. I then sit down with the leader going through what was said and use this feedback to put together an action plan for improvement.

I have to stress that under no circumstances should the leader try to do this themselves as it won't work and people will just tell the leader what they want to hear. When done correctly the 360 degree feedback tool can be the  best tool for the leader to develop. If you are reading this and thinking to yourself the leader may find the feedback difficult to hear, you are correct but anything worth having in life is by its very nature difficult to obtain.

It's important that the leader sees people's comments as feedback and nothing more. They don't have to agree with the comments but they have to respect that someone else may have a different opinion to them because for a leader perception is reality. If an employee believes that their Manager doesn't care for them, it doesn't matter if that is true or not because if they believe it's true then they will react accordingly until they receive information that changes their opinion. In leadership the perception is reality.

The employees opinion of the leader influences how the employee interacts with the leader which in turn influences how the leader reacts with the employee. The perception becomes the reality, quality leaders understand this and explore what their team thinks of them so they can manage the different perceptions and become a better leader. It's important for a leader to be fully aware of what their employees are thinking about them so they can lead accordingly.

The truth that all leaders need to realise is that in the eyes of their team they are not as good a leader as they believe they are. The research is overwhelming that Leaders in business are leading in the dark because they are trying to operate without all the necessary information they need to lead. They don't know what their employees are reading thinking. This is not a failing this is just natural behaviour but if a leader wants to be an effective leader they need all the information they can and that starts with getting a 360 feedback survey done.