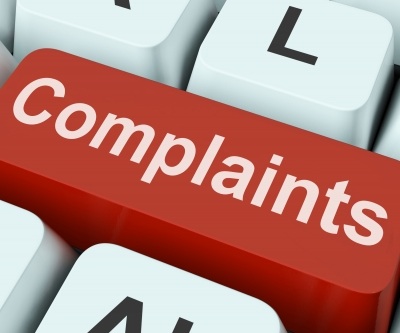 Five things to remember when dealing with a complaint

I travel around New Zealand helping companies improve their ability to manage complaints. My personal experience of complaints is vast and varied. I started of my career in retail when the emphasis was that we had to do whatever it took in order to retain that customer. It was drilled into us that the value of the customer wasn’t their single purchase that they had just made, their value was what they were expected to purchase with us for the extent of their life. When dealing with complaints the customer was always right. In my early twenties I moved to London where I found employment in a London Finance House. The attitude towards complaints was as far removed from what I was used to as you could possibly imagine. I remember one instance when a gentleman called the Finance House and I picked up the phone. He explained he had just received a letter from us addressed to his wife. I noticed a tinge of anger in his voice when he said “Do you do deals in Heaven?” It was a strange question so I asked him why. The gentleman replied that his wife has passed away and unless we did deals in heaven then we should stop writing to her. I apologised as I didn’t want to cause any more distress during this difficult time and I explained why the mistake occurred. I had spent several minutes talking to the gentleman but he wasn’t happy with my explanation and wanted to talk to a senior manager within the Finance House. A Manager was nearby and took the call and said “I understand you asked one of our brokers if we did deals in heaven, is that correct?” The gentleman agreed and before he had time to say anything else the Manager said “What makes you think your wife is in Heaven?” He then proceeded to put the phone down and told me that every minute I spent on the phone with someone who wasn’t going to do a deal was a minute that I wasn’t earning any money! It was my welcome to the world of Finance.

I then spent several years in the public service where you deal with nothing but complaints. Politicians complain, the public complain, staff complain in fact everyone complains. It almost seems like it's human nature to complain.

Dealing with complaints effectively is a complex topic but I wanted to write this article in order to give you a brief overview of the VALUE model that I use. When I train people I ask them to remember the V.A.L.U.E of dealing with complaints. This model has been developed by myself purely based on my own experience.

When dealing with a complaint you need to be fully aware of the extent of the complaint. Research from the Direct Selling Education Foundation shows that for every single person that sends a formal complaint to your companies Manager of Head quarters there are 25 customers who are equally unhappy but have decided not to formally complain. To make matters worse those twenty five unhappy customers tell on average ten people about their experience, making 260 people aware of the problem. It doesn’t stop there as those 260 people will each in turn tell another 5 people about what they heard. This means that for every complaint that you receive 1,300 people will hear about it. The final thing to remember is that this study was published before the increase of popularity of social media. Today the numbers could be far worse and don’t forget what you see is just the tip of the iceberg. If you value your business, take complaints seriously.

When receiving a complaint you need to acknowledge the emotion without necessarily agreeing with the rationale behind the emotion. Use phrases such as “It sounds like you are very frustrated/angry about…” “You seem to be…” this helps diffuse the emotion in the complainant as you’ve demonstrated you have understood or are trying to understand how they are feeling. For you, the person dealing with the complaint, this can also help you remove emotion from the discussion as receiving complaints can be taken personally and it’s a common reaction to approach situations with a win/lose attitude. Eg: “I will show them that I’m right’ approach rather than seeking a more mutually beneficial win/win outcome.

We all send and receive messages in different ways. Our preference to communicate is governed by what psychologist Carl Jung referred to as our “mental functions” These mental functions known as Sensing, Intuition, Thinking and Feeling dictate our focus when we send and receive messages. When the speakers particular preference to communicate doesn’t match the listeners preference to receive information then miscommunication can occur. The common example is between people who have a preference for Thinking communicating with a group with a preference for Feeling. Thinking people tend to remove themselves from the problem in order to focus on the analytics and logics. They consider fairness as everyone being treated the same way while people with a preference for Feeling put themselves into the scenario of the person and is drawn to a more value based focus with particular attention to the impact on people. They believe everyone should be treated as individuals. If you are not sure ask yourself when you read my example earlier about the :”what makes you think she’s in heaven” attitude. If you thought that was amusing but unprofessional then you are most likely a thinking personality yet if you felt it was a truly hurtful and a disgusting remark and wonder how on earth I could use it as an example, then you are a Feeling personality. You can imagine the miscommunication that can easily happen when dealing with an emotional complaint.

It’s so easy to miscommunicate in normal circumstances. Its even more difficult with complaints because the chances are that the person who is making the complaint has already played out the discussion with you in their mind and what do you think the chances are that the imaginary discussion with you went well. People tend to think the worst and that the dissatisfaction they are enduring was either due to a purposeful action or incompetence. People find it difficult to keep on topic during a complaint. You need to ensure that not only you understand the issues but that the complainant knows that you understand the issues as well. Summarise by using phrases such as “What you are saying is..” “just to confirm my understanding the key issues for you are..” Control the conversation by summarising and asking questions. These are usually the best method for controlling the flow of the conversation.

Once you have understood the issues you need to decide on a course of action that will achieve three things. Firstly turn the complainant into a valued future client. Second, stop the problem being discussed with 1300 people by turning the complaint around to a positive experience by offering a solution that meets and exceeds the customer's expectations. Finally, to stop spending any more time on this issue in future with other customers take steps necessary to prevent recurrence of the same complaint.

Tip: Be precise in your reply, avoid technical jargon especially if you are a lawyer offer some significance to the compliant, even if you decide to offer nothing there’s still benefit of being aware of these perceived problems because the chances are there are another 25 people thinking exactly the same thing but are not formally complaining and above all be honest. If you’ve made a mistake then be honest about it. When you execute your decision try discussing this directly with the complainant rather than via email or letter it reduces the chance of being misunderstand even further.

This is just a brief summary but when you are faced with a complaint remember V.A.L.U.E.

This article is taken from the book The Elite Guide To Leadership, available now at Amazon for only $2.99USD