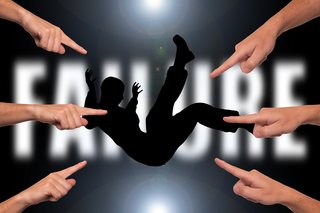 I am often contacted by the Human Resources departments of companies that want me to help address a Leader who has made a mistake and there has either been a series of complaints made about the Leader’s behaviour or the team they are responsible for is just not performing at the required standards. When I have a chat with the Leader in order to find out what is going on, there is always a consistent pattern of behaviour. It seems that Leaders, no matter the industry they work in or the country they are from, always seem to make the same mistakes. I call these the seven deadly sins of Leadership and once you are aware of these weaknesses  you can take steps to avoid them.

In order to become a successful Leader you need to obtain a careful balance of confidence and humility. You need to have confidence in your own ability in order to lead a team and stand up for what’s right even if it’s not popular yet this is all for nothing if you don’t have the necessary levels of humility to keep your ego in-check. Without humility, pride takes over and Leaders forget the most important lesson of Leadership which is “it’s never about you.” If you as a leader start believing that you are more important than the team then you will start making decisions that benefit yourself rather than the team. This ultimately leads to the loss of the team’s respect and without respect you can’t lead.

When you care about your work and you have high standards it can be frustrating when other people don’t reach those standards and it often leads to mistakes and poor performance yet despite the level of emotion that you may feel the one thing you can’t do is to lose your temper. When anger takes over and you lose your temper in that moment you lose your right to lead. This doesn’t mean you can’t get angry. It’s okay, when things don’t go well it’s normal to get emotional, but it’s how you handle and control your emotion that counts as a leader. People observe  how you behave and use it as a guide to how others should conduct themselves. So when you feel anger,  take a walk away from everyone. Take  a break and gather your thoughts because the consequences of losing your temper will be greater than the consequences of what made you angry.

If you are a Leader then you don’t have to be the most skilled or the most talented person within your team. You do however need to be the best Leader. It’s your role as a Leader to enable your people to become the best they can be and that means they can surpass you in certain areas  because the success of others always reflect on the Leader. Yet  if you fall victim to envy and start becoming jealous of those you are meant to lead then you will start holding people back rather than empowering them. I’ve seen leaders take credit for others work, refuse to share information, sabotage people’s  chances of a promotion all because of their own insecurities. Remember Leadership is not about glory it’s about serving others.

When I work with leaders I always tell them that I can teach them all the skills and techniques they need in order to become a successful leader. All expect one. The one thing I can’t teach people is to care. If you don’t care about the people who you are working with or the nature of the work you do then you are going to struggle. When a Leader stops caring you can see it in their actions or more accurately, their lack of actions and the problem with laziness in leader is that it’s infectious. It’s very difficult for most people to be more motivated than their Leader so when a Leader is lazy then the leader is telling everyone that it’s okay to be likewise. Remember people notice words but it’s actions that truly inspire people.

A mistake I see some Leaders make is finding that nothing is ever good enough and they are always demanding more. While it’s very positive to have high standards, this only works if those standards are based on a good understanding of the team’s abilities and being able to supply the necessary resources and training. You see leaders just set higher targets year after year without any thought or extra resources usually just expecting people to do more with less and all this results in  a team of people who burn themselves out by working extra hours or people who decide to leave. Remember having targets that are unachievable is worse than having no targets at all.

An important lesson that all leaders should embrace is that making no decision is in itself making a decision. This is because a Leader’s silence is agreement in the eyes of the team so for example if someone in the team behaves in an unacceptable manner and  the Leader takes no action then what the team hears is that the Leader is accepting the poor behaviour regardless whether or not it’s the  leaders intention. Making decisions or approaching people can be challenging but be aware that is exactly why Leaders exist. The more indecisive a Leader becomes the less influence they have over their team and if not addressed the team starts looking for guidance elsewhere.

Does this scenario sound familiar? During a meeting the leader asks for people’s opinions yet if an opinion is raised that is not one which is shared by the Leader then the opinion is quickly dismissed and even worse the person who shared their opinion is often described as being negative or not being a team player while others who just agree are now in the leader’s good books. Even though the Leader said they wanted consultation what they really meant was they wanted affirmation. This is unfortunately a sign of arrogance being unable to accept any opinion which doesn’t support their own. If the arrogance is not addressed then the leader ends up surrounding themselves with like-minded or subservient people who only say yes and the end result is the Leader is not only unable to make the right decisions but is unable to see what the right decision actually could be.

If you want to become a Leader then one thing is certain and that is, you will make mistakes. Unfortunately you are not perfect but if you remember and avoid the seven  sins of leadership then hopefully you will avoid the common mistakes that other leaders make.