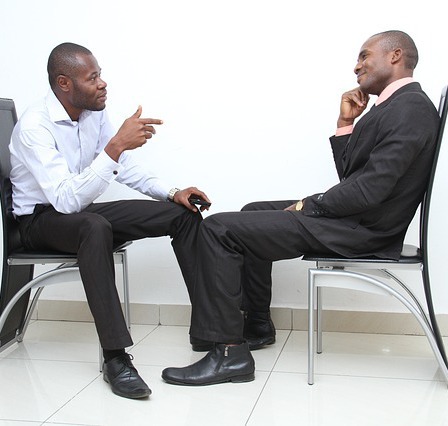 Recruitment is the most important job for any organisation. The probability of a leader achieving success can be greatly influenced by the quality of the people following them. I've worked with many teams who have good employees and a weak leader and have still achieved success yet I can't think of a successful team I have met who have a quality leader but poor employees. If you want success recruit the right people.

The job interview is the opportunity to ask prospective employees the questions that determine if they have the right qualities for your team so it's vital that you ask the right questions and in this article I will share with you what is in my experience the best interview questions to ask.

Question: What do you know about this company and this job in particular?

After some warm up questions you need to get down to business, the better candidates are the ones who will make a difference to your team and are the ones who are proactive and have a level of ambition so the best way to discover if the candidate has this is to ask them what they know about your company and in particular what do they know about the job they have applied for. A lot of people will only know a little bit but the best candidates would have done their homework and have already researched your company. It's these candidates you want to bring onboard.

Question: In your opinion what percentage of people steal from their employers?

Honesty is a quality that can't but trained and by the time someone starts work they either have this quality or they don't and  it's the responsibility of their family and community  to install the difference between what is right and wrong.  As an employer you can only deal with the consequences because you can't teach it. So you need to discover whether someone is honest or not at the interview. You cannot ask directly if someone is honest or not because everyone will say they are honest.  Instead  you can ask them what they think of other people.  “In your opinion, what percentage of people steal from their employers?” Then ask them to explain their answer. The  reason for this is that people tend to believe that the majority of people think the same way that they do. In leadership psychology this is called “false consensus” which has been supported by numerous academic studies. If a candidate believes that the majority of people are dishonest it suggests and I stress that it only suggests that this shouldn't be considered 100% reliable that the candidate has a tendency to be dishonest themselves. An exception would be if they explained their decision by saying that they have witnessed dishonesty in previous roles otherwise this is a warning sign for any recruiter.

Question: Can you describe to me what your perfect boss would look like?

You want to know how to motivate the prospective employer in order to get the best work out of them so in order to discover this ask them if they could describe  their perfect or ideal boss. This also gives you an idea of fit. For example if the candidate wants a boss who provides constant direction yet your leadership style is to empower people and leave them to make their own decisions then you have a disconnect straight away and the relationship may not work for both parties.

Question: What has been your greatest failure and what did you learn from that failure?

The best employees have what I call “teachability” which is the ability that determines just how much they are prepared and able to learn. We all have failures, no one is perfect and if the candidate is perfect then they should be looking for a better job rather than the job you are offering. It takes honesty and courage to talk about failure and it shows a high level of intelligence and self reflection to understand why the failure occurred and the lessons they have learnt. A big warning sign is when the candidate blames everyone else for their failure. If this occurs follow up with directing the candidate to focus on their personal contribution and what they learnt and if needed ask for another example of when they failed not because of someone else. If someone constantly blames others and doesn't take personal responsibility then this is a character flaw that could potentially damage your team dynamics in the future.

Question: If offered would you accept this position? If yes, why would you work here and if no what would you need to know in order for you to be confident that this is the perfect job for you?

Don't fall into the trap of believing that the job interview is a one way process, it's not just about finding the right candidate for your vacancy but also making sure that you are the right employer for the candidate. When I look at recruitment that has failed it's rarely because the candidate didn't have the skills it's usually because it wasn't the right match between the candidate and job. Often I see an employer who is desperate to bring someone on board and just hires anyone and more commonly there's a candidate desperate for work so accepts the first offer to comes along and both circumstances are easily understandable because of the economic realities of the business world yet this is not ideal and doesn't work in the long term. Any short term gains will be nothing compared to the downside you will encounter in the future.

As a leader the biggest portion of your time will be spent with your team. I know many workplaces where people spend more time with their colleagues than they do their partners so make sure you take your time when recruiting and never hire on a hunch. If you need to interview people more than once then do so. It's  vital to ask the right questions and bring the best people on board, your success depends on it.