The Worst Mistake In Sales 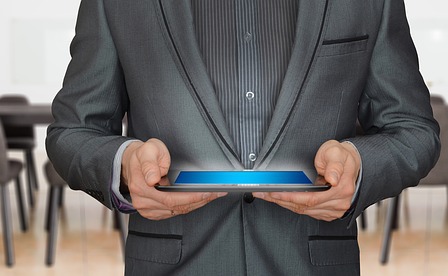 The Worst Mistake In Sales

The sales team is the life blood of any business. They are like the wingers of a rugby team. No  matter how much work you do around the park, you need your wingers to take the ball across the try line to get the points on the board. Sales is important, yet I'm always astonished at how many companies make the same fundamental mistake and this mistake is costing companies a lot of money in lost sales.

A few weeks ago I was delivering a training on mental toughness in Fiji and I had the pleasure of spending time with a great sales team. They were smart, hardworking, fun and very experienced. At the start of the training, I asked them to tell me what they thought was the most important aspect of sales and they all agreed that it was relationships. Build a relationship and the sales will naturally follow. Now nearly everyone reading this will agree that relationships are fundamental to sales yet many companies fail to build these relationships because unlike the team I worked with, most companies fail to understand what it takes to make an effective business relationship. In this article I want to share some tips with you so that you don't continue to lose sales that you don't realise you are losing.

I saw a post on special media recently from a CEO of a large company who was described a situation when a recruitment company was contacting him for his business. They were calling him, emailing him and were obviously putting in a lot of effort to win his business which would be valuable for them. The CEO replied that a year earlier he was out of work and had applied for several positions through the same recruitment agency and every time he had called them for updates they never once replied to him, they ignored him when they didn't see any benefit for them in the relationship and when they did see the benefit then they tried to be his best friend. Not surprising the CEO didn't do business with the recruitment agency, a decision that cost that agency a lot of money. The best business relationships are built on a “give and take” relationship. A company is there for the client when the client needs them and as a result the client is there for the company. The recruitment agency failed to realise this and lost a big account because they didn't think it was important to respond to someone who needed them.

If you want to have good sales then you need to ensure that every email message is replied to and every phone message is returned. Interaction is the building blocks of a business relationship and every interaction is a potential sale either today or in the future. Work is busy and we tend to focus on the interactions that seem most important to us at that moment but you don't want to make the same mistake that the recruitment agency made in the story above because not getting back to someone can have a much bigger impact than you currently imagine. A study by Dan Ariely, the Professor of Psychology and Behavioural Economics at Duke University showed that ignoring someone had a similar impact to ripping up their work in front of them. In the study they asked students to complete a task and at the end of the task they handed the task on a piece of paper to the experimenter. In one group the experimenter looked at the paper and said “uh huh” before putting it in the pile. The  second group experimenter put the paper in a pile without looking at it and the third group had their work shredded immediately upon completion. Afterwards the groups were asked how much money they needed to carry on with the tasks. The people who had work that was shredded needed twice as much money as the group who had received acknowledgement. The group that was ignored had the same results as the shredded group. So remember every time you ignore an email or phone call it has the same impact as shredding the message in front of them. Now ask yourself how is that good for future business relationships.

A kind gesture can be your best advertisement

Let me end this article with a personal story that I'm sure you will appreciate and I won't share the names of those involved. I was staying at a hotel in Fiji and I planned to host a conference at the same hotel only to find that the conference room was unavailable and the hotel hadn't told me. The hotel apologised but refused to help any further. I went off looking for alternatives and I visited another hotel who also couldn't help me because their conference facilities were booked but the receptionist went out of her way to help me even to the extent of calling other hotels on my behalf. Even though I didn't give this hotel any business on that day, I remembered their kindness and I've stayed there ever since. That single kind gesture has ended up generating that hotel at least $10,000 in business from me alone and the hotel who wouldn't help lost that money. In our personal lives we have many successful relationships with our friends, our families, our communities and all these relationships are built on a foundation of respect, trust and kindness, yet when it comes to business many people make the worst sales mistake and forget these fundamentals that serve us so well in other areas of our lives. So when you look at increasing your sales don't just think about who can help you but also think about who you can help.

“Be nice to people on your way up because you'll meet them on your way down.” - Wilson Mizner