The Lessons That Every New Manager Needs To Learn 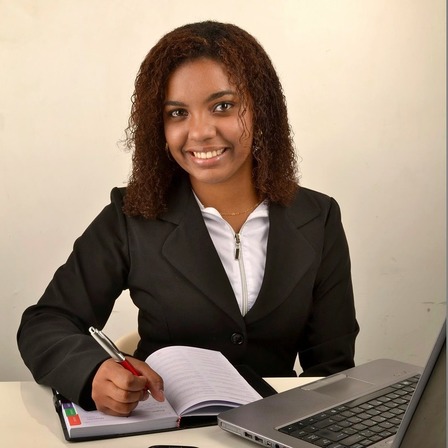 The Lessons That Every New Manager Needs To Learn

Being a Manager is challenging but when you are a new Manager the challenges are even greater. Whether you are completely new to the team or you have been promoted from within, both present a series of challenges. If you are new to the team and you have come from outside,  you have to learn the business while you are also learning about the people within the team and all while you are meant to be leading the team at the same time. If you have been promoted then you have to deal with the change in relations because people treat you differently now that you are the boss. What they would have said to you previously they now don’t. While every situation is different there are some consistent things that apply to all new Mangers and in this weeks article I cover the most important lessons new Managers can learn.

As soon as you start you need to establish expectations and that starts with your Boss. Many difficult conversations and misunderstandings can be avoided with a quick chat at the beginning so make sure you spend time with your Manager making sure that you both share the same definition of success. A question like “if in six months time you are delighted wth my performance what would have happened?” will help clarify expectations and once you have done this with your boss then you need to look at your team.

Clarify expectations with your team

A common mistake that Mangers make regardless of their length of service is not communicating with the team when they should because the Manager thinks the team already knows. When you first meet the team, spend time clarifying how you see your role and in particular how the role impacts the members of the team. Everyone who has spent any time in the workplace would have had a variety of experiences with Mangers, most likely some good and some not so good so don’t allow people to jump to conclusions and start off by clarifying what type of Manger you are and how would people describe your Leadership style? What do you need from your team in order to do your job and more importantly what does your team need from you so they can do their job.

Meet with each team member individually

I’m often asked which personality profiling tool is the most effective when trying to work out how to deal with different personalities within the team. Now there are many very useful tools out there, many of which I have used in the past but without doubt the most effective way of determining the personality of a team member is just to talk to them. Nothing beats just talking to people in order to get to know them. This is why it’s vital that any new Manager allocates time within the first week in order to sit down and talk one-on-one with everyone within the team.

During this initial conversation you need to focus on several key areas, you need to find out what drives them , what is it they want, what’s important to them and why they are in their current role. Once you know these answers then it’s a lot easier to motivate people. Ask them what is the best way for you to reward them for exceptional work. This will give you an idea of what motivates them. You also want to avoid any further misunderstandings by discussing how people want to be approached when there is a mistake. Everyone makes mistakes but not everyone wants to be made aware of those mistakes in the same way. While some people prefer to be told directly others want feedback to be within context of all the good work they do. There is  no right or wrong answer which is why it’s important to understand what works for everyone.

Whenever you bring people together it’s natural for the pack to determine who is the alpha. The  individual  who is obeyed and guides the team yet in the workplace this process is artificial. Someone selects who will be leading the team and the team has to work with this individual yet if the team doesn’t trust or believe in their Leader, they will turn to someone else within the team to guide them which results in the new Manager feeling undermined. This can be quite common when the a Manger has joined from outside and the team  has been together for a while.

In order to avoid this,  new Managers have to establish themselves as the Alpha within the team and this can be done in three ways through adding value, protecting the team and common values.

Your role is not enough, you need to add value in order to earn respect from your team so look for ways you can make people’s life easier, problems you can solve or knowledge you can share.

A sign of being an Alpha is that you are able to look after the team, you have their well-being at the centre of your thought process. Remember Leadership is never about you, it’s always about other people, no one wants a Leader who puts themselves first.

Don’t fall into the trap of being someone else now that you are a Manager. The  person you need to be is the best version of yourself. Within a team the alpha is usually the individual that best represents the values that the team members feel that are most important. Make sure the team not only knows who you are but also what you stand for as well. Share your values, your vision for the team and how you see the team culture evolving. This gives people an idea of what to expect and how you are likely to react to situations.

Being a Manger is never easy but if you embrace the important lessons above then your transition will be a lot easier and you will soon become the kind of Manager that your team would choose to follow.