The Future Of Performance Reviews 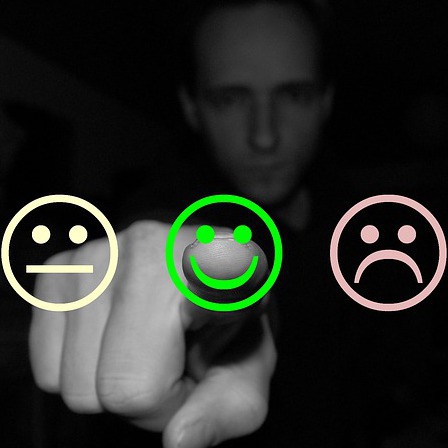 The Future of Performance Reviews.

If you are a regular reader of my articles then you would already be aware of my opinion that the traditional model of performance reviews is outdated. The process in which Managers sit down with their staff every six months to formally record and evaluate their performance no longer works and the larger the organisation the more outdated the process is and it just simply does not work. So what's next?

I was delivering a leadership workshop in Fiji last week training a group of Managers and when I asked about their performance review process, a Manager replied  “We do it because it's a HR compliance issue and not because it works.” This comment is becoming more popular and not just with Managers but with Senior Leaders in  large multi-national companies such as Google. The Senior Vice President of People Operations, Laszlo Bock wrote, “Performance management as practiced by most organisations has become a rule-based, bureaucratic process, existing as an end in itself rather than actually shaping performance. Employees hate it. Managers hate it. Even HR departments hate it.”

If we accept that performance reviews are dead then what is the future?

I was asked this very question recently “If I had a company of between 100-200 staff and scrapped the traditional performance review process what would I replace it with, what is the future?”

The first thing I would do is to redirect the resources that performance reviews take up. Performance reviews cost money, it takes valuable time away from Managers, from staff and from Human resources and other support staff. I would take those resources and instead invest it in performance coaching. I would hire, contract or develop someone whose only job is to coach each employee on a one to one basis focusing purely on developing the employees and making them a better performing and more skilled individual. When the All Blacks bring in new players into the squad they don't just teach them the technical skills, passing ball, tackling etc but they also spend time developing the players as people because they know that the better the person the better the player and this is applicable in all industries. In the business world, many companies on Wall Street have a history of using performance coaches.

The second thing I would do is to implement a transparent marketplace review of all salaries. This should be done every six months in order to ensure that you know beyond any shadow of a doubt that the salaries paid are competitive. To me this is vital because I know of many stories of new employees starting on different salaries mostly higher than the people who have been there much longer because the marketplace has changed. I know that salaries are meant to be confidential but let's be honest people talk and will continue to talk especially about money. This can easily lead to disruption in the workplace, lost trust and diminished morale. Avoid these problems with a six monthly marketplace review of all salaries.

Define success on a daily basis

Everybody who works for a company should clearly know what a successful day looks like.   Nobody should go home with any doubt in their mind about how their day went and the definition of a successful day needs to be beyond doubt and opinion. I appreciate this is difficult for some roles but it's not impossible and in several cases it's only difficult because not many companies have tried it. They usually settle for success being an opinion rather than a clear fact, yet when this happens, a lot of other factors go into a Managers opinion of someone else's performance which opens up room for potential disagreements. Get rid of this by making the definition of success go beyond opinion and make it factual based. You  can do this with every role, it just takes effort.

I'm always surprised when I hear that a Manager has received a bonus for performance yet the team hasn't. Individuals can't win unless the team is winning. A team by its very definition is a group of individuals who are interdependent on each other and they need each other to survive and if this exists then teamwork will naturally develop because it's in everyone's best interest to be a team so create this scenario by linking individual bonuses with the team bonus. Every individual bonus should be reliant on the team also achieving their goals. If the team doesn't win then the individual and the team manager doesn't win. Implement this and you will soon see the focus go from “me” to “we”

I remember when I started out as a Manager nearly thirty years ago now, the typical model of a Manager was to be authoritative, be harsh and be loud and to be honest that approach does work but we now know that there are other styles that work far better and will give you much more improved results. The same is happening with the formal performance review process. It does achieve some results but we are now seeing far better results reached by doing something different. More and more companies are moving away from performance reviews and I predict that within the next twenty years the companies who still have a formal review process will be in the minority. This change is not a question of if but rather a question of when.