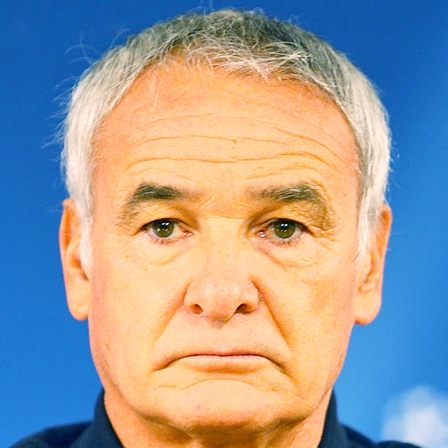 A lot has been written about success but very rarely do we spend time on what happens afterwards. It's difficult to climb the mountain of success but if you are not careful it's incredibly easy to fall off when you have reached the summit and if you do the fall can be dramatic.

People often say that there is a fine line between success and failure and there has never been a situation that demonstrates this as much as the rise and fall of Claudio Ranieri.

Last year Claudio Ranieri achieved the biggest sporting upset of all time. As Manager of Leicester City football club he galvanised a team that was at the prior season, close to the bottom of the league and together they went to the top of the league and become the Premier League Champions. To put this achievement into context the UK bookmakers listed Leicester City as 5,000 to 1 outsiders to win the title. At the same time you could find odds of 2,000 to 1 to find Elvis Presley alive. This sporting fairytale transcended the football world. Many people who don't follow football became aware of Leicester City's and Claudio Ranieri's remarkable achievement. Many stories were written including my own analysis of Claudio Ranieri's leadership style, movie rights were sold, new lucrative contracts allocated and awards given out including Claudio Ranieri himself winning the FIFA Manager of the year award yet less than a year later everything has changed.

Just 298 days after winning the Premiership, Claudio Ranieri has been sacked as Manager of Leicester City after a series of disappointing results which has seen Leicester City slide from the top of the table down to near the bottom, and the current best Manager in the world and architect of the greatest sporting upset in history now finds himself without a job. Last year I wrote about the leadership lessons that can be learnt from Leicester City's success but there are also lessons that can be learnt in every failure, so in this article I will explore how easy it is to go from success to failure and how we as leaders can avoid this drop.

Goals need to be 6-10% beyond current ability not performance.

Do you know that feeling you get when it looks likely that you are about to achieve a goal that until that time had always felt out of reach? Your motivation is high, you feel focused and any tiredness has been replaced with what seems like an endless resource of energy. This range of feelings are caused because during this time your brain is releasing the chemical dopamine. This chemical is part of the human survival system and it encourages us to progress and reach for higher goals. It is a very powerful chemical and an addictive one. It's the same chemical that is released albeit on a much larger scale when someone takes cocaine. While this chemical drives us to achieve success, in order for the brain to continue to release dopamine, the goals have to continue to be more aspirational. You never get the same intensity of feeling when you achieve the same goal for the second time and it finishes each and every time. To achieve success your goals have to continually progress.

Leicester City quite rightly announced that they never expected to recap the same heights of last season and set a clear goal instead to avoid relegation. This from a team that not only won the league but did so by ten clear points. It's like you have just climbed a mountain and your next goal is to climb a small hill, it's difficult to motivate yourself, which has been clear anytime Leicester City has played this year. When I coach Leaders they regularly misunderstand what is the right type of goal needed to motivate people and too often they just set a goal that is just higher than what they achieved previously, this is incorrect. The ideal goal has to be between 6-10% beyond the current level of ability and not the current performance, they are two seperate things. When Leicester City set their goals for this season instead of aiming for what they did two seasons ago they should have focussed on creating a legacy. Establishing themselves as a regular top six side qualifying for European tournaments and getting far in knock out competitions. It's not a surprise that the best Leicester City performances this year have been in the European Champions League, a tournament they have qualified for the first time and are currently in the last sixteen of the knock out stages.

With each new addition the team culture changes.

One of the hallmarks of last year's success was the team spirit at Leicester City. The players often referred to each other as their brothers and Claudio Ranieri himself spoke about how he saw the players as his sons. This year six new players have come into the squad and one player has left, which means about a quarter of the squad is new and with new players comes a new team culture. While the leader is responsible for creating a healthy team environment it does naturally evolve with each new person entering the environment and the leader needs to be aware of this especially after a period of success.

When I deliver Leadership training to small companies who are on the brink of becoming medium sized it's common to see them struggle with the team culture because often the staff who have been there from the beginning have had very different experiences from the new staff who have joined as a result of the company getting larger. The newer staff tend to have very different expectations form the older staff and if the leader is not careful you can see the team deteriorate at a time you want them to grow. No one but the players will know what has happened behind the scenes at Leicester City but none of the new players have performed well and the team spirit we all admired last year is missing this year.

Take luck as an example. We tend to view ourselves as either a lucky or unlucky person yet what happens when that belief is altered? There has been many studies on luck which have produced consistent results. In one study, a group of students were told that they were going to be part of a study on stress and during the following six weeks actors were hired to interfere with their lives and create bad luck situations and they had to document their level of stress and report back in six weeks. The students were unaware that there was no actors, in fact nothing was done to interfere with the students lives yet all reported an increase of stress due to an increase of bad luck and many asked for the study to stop because they felt their life was getting too bad. What happened is because their level of belief was altered they started to focus more on the bad luck situations that happens to all of us everyday, they developed what could be called a glass half-full mentality. While this is expected what wasn't expected was the fact that the students actually became unluckier because their focus changed so did their behaviours so they became less risk adverse, they took less risks and missed opportunities they would normally take which led them to become less lucky and their level of self belief created a self fulfilling prophecy.

Many players at Leicester City have achieved a level of success that they never imagined possible, many of them were unwanted by other clubs, even Claudio Ranieri who has had a remarkable long career had never ever won a league title before he arrived at Leicester City. Success brings with it many rewards but along with those rewards come many new challenges and if you are not prepared for those challenges then you will discover like Claudio Ranieri that the line between success and failure is an incredibly thin one.