The 3 Most Common Mistakes That CEOs Make 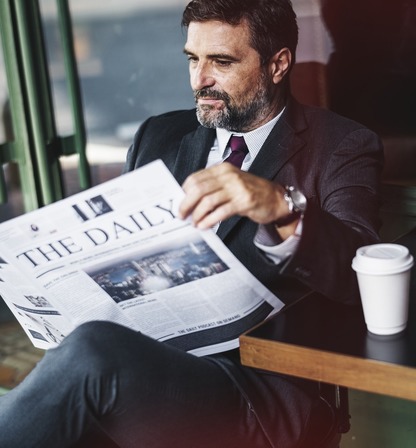 The Three Most Common Mistakes That CEOs’ Make

It’s not easy being a CEO because every mistake they make can have a significant Impact on the organisation they are working for. This is a challenge because despite best intentions everyone makes mistakes and CEOs are no different. As a Leadership Coach I’m honoured to have several talented CEOs as clients and we spend regular time together analysing the current workload in order to identifying potential mistakes before they actually happen. In this week’s article I want to share with you some of the most common mistakes that CEOs make and we try to avoid them before they happen.

Mistake One: Not Allowing Their Leaders To Lead

CEOs  have been given this opportunity because they have been successful at lower Management levels yet the leadership skills required to be a CEO are very different to the skills required at lower levels within a structure. This is most apparent when you look at motivating people.

CEOs motivate people by creating an environment that allows people to motivate themselves while Leaders who have responsibility for smaller teams tend to motivate people via direct interactions. Frontline  managers are people influencers and CEOs are culture definers, both very different roles which require very different leadership skills. If you are not aware of this and you get promoted then you will be one of those CEOs who are accused of not allowing their leaders to lead. You become one of those leaders who mean well by having an open policy but end up getting involved in issues that you shouldn’t get involved in.

As a CEO you can’t motivate people directly because there’s just too many people so instead you need to focus on defining the culture of the organisation, creating a framework which allows your Leaders to lead without the need for you to interfere.

I remember a time when a CEO contacted me concerned about his management team. A  decision was made recently by the management team and everyone had agreed on a direction yet later on, the decision proved to be incorrect but when it had come to the CEO’s attention that some of the Managers disagreed with the decision but never raised those objections,  I was  asked to train the management team in order to revise them with more courage so that they could raise concerns.

When I sat down with the CEO to get more information it became clear that the issue was more with the CEO than it was with his management team. The CEO wasn’t giving people permission to say no. This wasn’t a conscious decision but it happened naturally because he was praising people who agreed with him yet every time someone raised an objection they were labelled as being negative, not being a team player, not buying into the team’s vision and so they were quickly shut down. This happened so often that the team eventually stopped raising objections and started to say yes even though the right answer is no.

As a CEO you need to surround yourself with people who are comfortable to disagree with you and the responsibility for this rests with you and not your team. You need to encourage people to question you and you need to praise people for raising objections or highlighting potential flaws in a plan even if those objections are unfounded. You should set the tone for how people interact with you.

Mistake Three: Not being aware of your personal brand

What people think about you, the comments they make when you are not in the room is your personal brand. This is an important factor for ever Leader to be aware of because how people perceive you greatly influences  what degree you are able to influence, motivate and inspire people. If  you have a great reputation then people will be eager to follow you yet if your personal brand is poor then it will be a challenge to convince people to follow you.

I know a CEO of a large organisation who, when I talk to his management team, was described as a caring and passionate a leader. He is someone who is very trustworthy and has very strong values yet when I spoke to employees who don’t deal with him on a daily basis the comments were very different. In fact what the majority of the organisation thought of him was very negative and this was creating a lot of hesitation and opposition to the changes he was planning to make to the organisation. This disparity was the result of the CEO not being aware of his personal brand.

As a CEO you need to be aware that every interaction counts. Taking a few moments to say hello to people when you pass them, taking time to find out about people, what they are doing, how they are getting on and feeling can make a big difference. Every email, every message carries far more weight and importance with people who don’t interact with you on a daily basis. As  yourself how your message will be received, what your message says about you as a Leader and what is your personal brand?

The higher you rise within an organisation the less feedback you will receive. When you start at the bottom everyone makes you aware of your mistakes. Your colleagues, your boss, even your bosses boss yet when you rise higher,  people become less willing to give you feedback especially when you do something wrong. Yet  everyone needs feedback and as people grow and get better they get less feedback which is why Leaders turn to me for coaching. I don’t get paid to tell people what they are doing well, they already know they are good otherwise they wouldn’t be in their role. I get paid to tell people what they are doing wrong, their mistakes and ideally before the mistakes actually occur.

“A smart man makes a mistake, learns from it and never makes that mistake again but a wise man finds a smart man and learns from him how to avoid the mistake altogether”