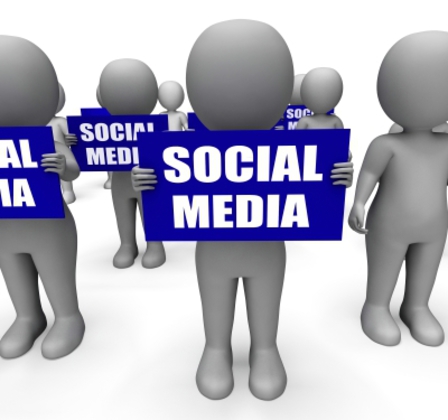 The business world is changing. The habits and behaviours of your clients are different now to what they were ten years ago, maybe even five years ago. The market that you know is gone and replaced with a new world economy, one which is moving and evolving quicker then you can imagine. It's time to catch up.

Ask yourself is your business active on social media each and every single day? If the answer is no, then again you are losing potential business and you don't even realise it.

Final question. If you are active on social media every day but are only using two or less social media platforms then again you are losing potential business.

The invention of the Internet changed forever how we share information around the world. The invention of social media has changed how we interact with each other and in turn is changing how people do business. The global marketplace was, until recently, the sole domain of large multinational organisations, but today the global marketplace is in the reach of the average entrepreneur. Using myself as an example I deliver leadership workshops, including workshops on social media for businesses and within the last few months I've trained businesses from New Zealand, East Timor, Holland and of course Fiji. My latest leadership book was promoted on social media and was sold in places as varied as Japan, Mexico, United Kingdom, India, the United States and all across Europe all using methods that are available to anyone with Internet access.

Imagine if I'm delivering a leadership workshop and I take a picture to post on Twitter. That image and message will be seen by nearly 4,000 of my followers, now if just 1% of them decide to retweet that message to their followers and each of them has 1,000 followers each then the message has reached 40,000 people and if 1% of them retweet to 1,000 followers each then you are now reaching 400,000 people with just one message that took less than a few seconds to post and all that with one social media platform.

In this article I want to explore some of the fundamentals you need to consider when using social media to increase the profitability of your business.

Social media is quickly making traditional marketing strategies obsolete. I've seen companies make vital mistakes by not taking social media seriously and often assign the task to a junior member of the team. When starting your social media presence remember that whoever is in charge of your social media accounts has the power to either raise or destroy your companies reputation with a click of a button. If you don't know social media then get trained and get trained by an expert. There was a case in the United Kingdom when a chain of music stores had to restructure and this involved redundancies. What they didn't realise was that while they were informing staff of the bad news an employee was making disparaging remarks about the company on social media using the companies official account. It was a public relations nightmare which cost them a fortune.

There are many different social media platforms but for the sake of this article and time constraints I will just make reference to three of them, Facebook, Twitter and LinkedIn and I won't even have time to discuss Google+, Pinterest, Tumblr, Instagram and many others. Facebook is the most well known with over 1.59 billion active users and is primarily used to connect friends throughout the world by posting updates and images. Twitter, with an average of 305 million active users allows its users to post a message under 140 characters which can be seen by their followers or anyone who searches for the message via hashtags which is a keyword message prefaced by #. LinkedIn is a network to connect 400 million professionals and update people on career movements and opportunities. It's important to know your social media as you will need a different strategy for each platform in order to utilise its effectiveness.

It's not advertising and it's not networking, it's something new.

Another common mistake I see is that when companies just use social media to post adverts of their business, social media sites give every business direct access to their customers both existing and potential but you can't communicate with them in the same way you do via a newspaper advert or television commercial so your marketing strategy has to be different. The best way to describe social media is to imagine one big room with millions of people having many quick conversations in small group. Now if you enter that room and instantly try to sell to everyone, then how would you be received? Successful businesses care about their customers and focus on adding value and building relationships with them, doing business on social media requires the same principles but it's just done in a new way.

It would take many hours to fully explain how to build your business through social media but I hope this article gives you a taste of the complexity and the vast opportunities available to every business out there.

Mark Wager is listed as one of the top 100 leadership experts in the world to follow on Twitter. Mark runs in-house social media for business workshops all across the Asia Pacific region. A special in-house version can be arranged. For more details you can contact Mark via the enquiry form below.