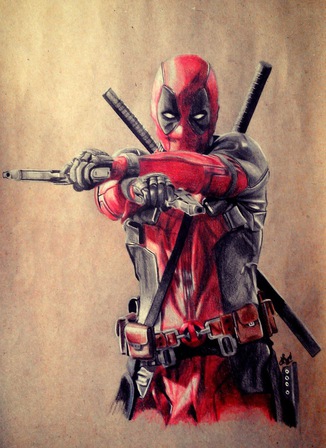 The number one movie in the world at the moment is Deadpool by Fox studies. The movie, based on the Marvel comics character, has outperformed all expectations. The movie had been stuck in development for the past six years and was made on a budget of $58 million which is small by modern Hollywood blockbuster standards. The executives at Fox studios expected to make $70 million for its opening weekend, but Deadpool grossed nearly double that figure at $130 million and at the time of this article had grossed $619 million dollars worldwide. It is widely accepted that the main reason for the successful opening weekend was the innovative viral marketing campaign. The marketing team utilised social media like no other movie before them and have showed all businesses, not just the movie industry, how social media has changed the business world. In this article I explore some of the key lessons from Deadpool's marketing campaign and these lessons can help businesses everywhere.

What is viral marketing?

Viral marketing is when an advertising campaign is launched on social networking sites such as Facebook, Twitter, YouTube etc and is so popular that the audience shares the campaign thus spreading like a "virus" hence the term viral marketing. This is the greatest aim of any marketing campaign as it's the audience of the product who is spreading the campaign effectively turning into brand ambassadors and offering the product more legitimacy and increasing brand awareness which in turn translates to greater sales.

Deadpool grasped the first rule of social marketing and that is know your brand. Deadpool is a comic character in the Marvel comic universe who is known for his wise cracking personality and his dark humour and a tendency to break the fourth wall and speak directly to the audience. Despite having a very passionate core base of fans, the character was not known by the general audience at the start of the campaign yet every part of the marketing campaign mirrored the nature of the character so by the time the movie was released, everyone knew about Deadpool.

For your business to be successful know your brand. I'm not talking product specifications but the core essence of your product, why does it exist and what does it stand for and why should anyone care? There's a reason why Ferrari makes €60 million euros a year just from it's branding alone. Ferrari's brand can be summed up by its founders philosophy. Enzo Ferrari's philosophy was to live life fast, and the brand represents this. Deadpool like Ferrari has a clear understanding of their brand and when your business does this well then the marketing campaigns starts writing itself.

Social media marketing doesn't have to cost a lot of money

The majority of Deadpools social marketing campaign was low cost but incredibly effective. They made numerous short videos which were posted on YouTube, the low cost meant they could make campaigns that were both regionally focussed and seasonal. The videos included 12 days of Deadpool for the Christmas video with a different Christmas themed video every day. A video for Halloween and even one for Australia Day and Chinese New Year. The actor who played Deadpool Ryan Reynolds turned his Twitter account into a promotional vehicle for the film and posted daily even as his Deadpool persona.

One of the biggest misconceptions of a successful social marketing campaign is that it costs a lot of money yet the best campaigns are genuine and low cost. The key to social media marketing is authenticity and if everyone involved in the product is passionately supporting the product then if done in the right way the passion can spread to your consumers.

It's very common for movies to cross promote other organisations of the same demographic as their audience Such promotions i.e. alongside burger chains, entertainment magazines are the norm yet what Deadpool did was to take it to a completely new level. Not only did they cross-promote with the usual outlets but they approached markets that you would never associate with a dark humour comic book movies. The marketing team ran cross promotion with the Manchester United Football team as well as ran breast cancer and testicular cancer campaigns along with the Bachelor TV show. It was this type of cross promotion that made Deadpool so innovative as not only did they do the opposite of what other movie campaigns had done previously but they made it work. At the Super Bowl they took over a local site to recreate the bar from the movie and had one of the stars there interact with fans. They even created a fake bill board to promote Deadpool as a romantic Valentine movie. They looked at any unconventional way to build brand awareness. Every great campaign takes risks and that is just what Deadpool did and the result was an extra $60 million dollars over on the opening weekend.

Not all businesses have a product such as Deadpool which allows for such a humorous marketing campaign but it does illustrate how cross promotion can be highly successful for any marketing campaign and the best way to promote is the way you haven't thought of yet.

The innovative marketing campaign of Deadpool can teach businesses many lessons. People are far more resistant to traditional advertising now than they have ever been. Modern social marketing strategies need to be designed in order to create brand ambassadors to endorse, promote and sell your product rather than the traditional straight sell to the customer. To have a successful marketing campaign you need to know your brand, be innovative, be smart and look to any opportunity to interact with potential consumers and create brand awareness.

Mark Wager is a Leadership Coach and Key Note Speaker. Mark delivers workshops in New Zealand, Fiji and all across the Asia Pacific region on how any business can utilise social media to improve brand awareness and increase sales. Mark can be contacted via the enquiry form below.