The Simplicity Of Motivation 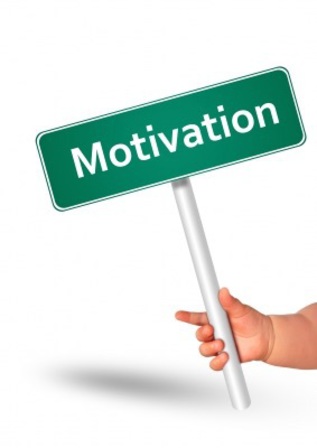 The Simplicity of Motivation

I was recently watching one of my favourite movies Black Hawk Down, the 2001 film which tells of the dramatic story of the 1993 attempt to capture Mohammad Farrah Aidid in Mogadishu, Somalia. At the end of the movie the character Hoot, a navy seal is getting ready to go back out into the battle and explains his motivations to his colleague.

This got me thinking how you can have a profession in which you have people who are willing to sacrifice for each other to such a degree that they would give their life for the person next to them, yet in many workplaces you are lucky if someone holds the lift open for you.

Watching this just reinforced to me the most important aspect of motivation. One which is often overlooked I believe due to its simplicity. People will respond to the team in proportion to how they believe the team values them. If people believe that the organisation or team they work for doesn't think much of them then it's very difficult for that person to be motivated and engaged. Yet if they believe the organisation or team values them highly and genuinely cares for them, and when I say care I don't mean care about their position but care about them for the person they are, then not only will you get a highly motivated employee but one that will be committed to achieving the organisations objectives. It's simple and it's true. We know it's true because each and everyone one of us are wired the same way. It's part of our human nature to seek out others, others that think likewise. We are at our very core, pack animals that seek to belong to a pack. If our pack is not presented to us naturally then we seek it out even if it's through artificial means. If you don't believe me, go to a football match and see a cross connection of society who share a strong bond based on nothing more than wearing the same colour shirt. There's not going to be anyone reading this who is shocked at what I've just said. We all know this is true, yet what may be shocking is why companies don't hold this philosophy to their heart. Why are so many people disengaged with their work? Depending on which survey you look at and which country you live in, you will see that approximately 50% of the workforce are not engaged and between 10-20% are actively disengaged. By that I mean employees who are actively criticising their organisation and are deeply, deeply unhappy. Why does this happen?

Why can you have one occupation in which people are willing to risk their life for their colleagues and yet others where you will be lucky if someone holds the lift open for you?

Too many Managers and not enough Leaders

Management is defined as having responsibility and control over people and resources in order to achieve an objective while leadership is about influencing people in order to achieve an objective. There are many Mangers who think they are leaders because they have people who report to them when in fact in most cases the true leaders exist not as managers but as members of the team. People want their teams led and inspired and not managed. Leadership exists in the everyday conversations that occur between the leader and the follower and in the decisions that leaders make that impact the followers. It doesn't exist in project plans or behind closed doors of "inner circles" of managers. The sooner we all realise that leadership is about caring and looking after people the better.

Feeling valued is about more than money.

I worked with one company who receive the same employee engagement results every year. Every time they spoke to their employees they supplied them with a list of questions and those questions were complied by another company which produced a very nice looking report. The results were all the same. 30% of their workforce were actively disengaged which if you looked at their workforce of 3,000 employees meant that just under a thousand people were miserable at work. One of the key questions was "Do you feel valued by xxx" I will keep the name of the organisation confidential but every year the managers got together and assumed that the question was about money and because they didn't have any money felt they couldn't do anything to fix the issue so moved onto different topics. While with some people money was an issue, the majority didn't feel valued because they weren't given the tools to do their job to the best of their ability. The computers didn't work correctly, systems always crashed and even their toilet didn't work in the office. How could they feel valued when they felt their organisation didn't care enough to provide the tools and facilities they needed? Making someone feel valued can be far more than just money. Sometimes it just starts with saying thank you.

Kindness is defined by actions rather than words

I often hear Managers say that their organisation is like a family and in rare cases this genuinely happens and its a joy to be involved with these organisations. Yet in many cases, when a Manger says "my employees are like a family" what they really mean is they are like a family when I want something from them. If they want something from me then it's different story. Anyone who has ever been in a relationship more than a few months will know that words mean a lot but its the actions that count and are louder than the words. The same is true for relationships. In a workplace, leaders are defined by actions rather than words and even less by emails.

There is a distinct lack of quality leadership at high levels within many organisations. Failure of this leadership has led to so many people considering work as a chore rather than a career. The good news is that this can be fixed if elite leadership is embraced at the very core of the organisation. It's a long journey and one that many people will not have the courage to take but all of us can take the first step and that step is to care about the person next to you because at the end of the day a motivated team is one that cares for each other and that's it, that's all it is.

About the Author:
Mark Wager is an authority in Leadership Psychology with over twenty five years experience. Mark delivers Team Building, Leadership workshops and has limited availability for selected clients for individual coaching. To see if leadership coaching is suitable for you email Mark below to enquire about a free 20 minute strategy session.

Image courtesy of fantasista at FreeDigitalPhotos.net