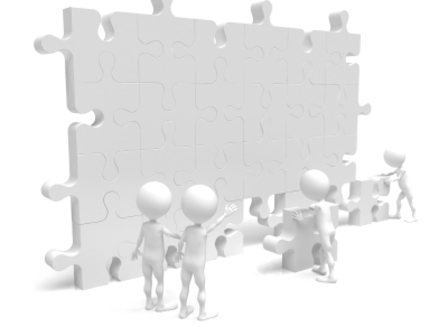 Taking over as a leader of any team can be a daunting task, yet if the team is an underperforming team, the task is monumental. When a team is underperforming it's usually because there has been a lack of effective leadership over a period of time which has led to a series of bad habits within the team. It's incredibly rare that the reason for poor performance is anything other than poor leadership in fact when someone tells you that the performance of the team wasn't because poor leadership. It usually tells me two things. Firstly the previous leader was a nice person who worked hard yet was still a poor leader and secondly the person telling you this doesn't know anything about leadership. Either way, taking over a poor performing team is an excellent opportunity for you to shine and demonstrate your leadership skills.

A leader should only be measured by the obstacles that they have overcome. I know that when I look over my twenty five years of managerial experience the most rewarding times have been when I have had the opportunity to turn an underperforming team around. The truth is undeniable, no one comes to work with the intention of deliberately performing poorly. There are a multitude of reasons for their poor performance. Poor communication, lack of clear expectations, lack of information, lack of skills all of which can be addressed by a quality leader.

People do not go searching for failure but people easily find themselves in a losing mentality if there are no clear directions to go from losing to winning. This direction can be supplied by a leader when they follow these seven steps to success.

Step One: Explain your philosophy
When you walk into a new environment you will be greeted by a mixture of emotions from your team. Some people will be excited, some will be apprehensive and some may not even care. These emotions arise because they don't know what kind of person you are, the relationship between a team member and the leader is the biggest factor in determining whether the team member is happy or not. Your first talk is to eliminate any misunderstanding by explaining your leadership philosophy and describing your expectations of your team and what expectations they should have from you.

Step Two: Bring the pain
The next stage is to create a new winning culture. A successful culture has the perfect blend of pain and belief. The team needs to have a reason to change and a reason to try. This starts by fully establishing the reality of the current situation and the consequences if the current situation is allowed to continue. The impact on the club and the individuals needs to be described in such a way that no one is left in any doubt that change is not just desirable but is essential and needs to happen immediately.

Step Three: Install belief
The other ingredient to a new culture is giving people the belief that the change required is achievable. People need to believe because belief is the foundation of success. You can communicate this belief by having strategy, tactics and behavioural discussions. The strategy is a one line statement that summarises a clear understandable reason why success can be achieved. The tactics need to explain how the strategy can be made real and the behaviours are what individuals do everyday that enable the tactics to be realised. This method creates what every successful team has and that is a clear link between individual behaviours and the overall strategy and having this link improves belief and overall motivation.

Step Four: Identify personal ambitions
People will work hard for other people but will sweat blood for themselves. To tap into the higher levels of motivation as a leader you need the individual ambition for each member of the team. Once you know this ambition you need to be able to align that ambition to the overall objective. If people can see that they can achieve what they want as an individual by achieving the teams overall objective then you will see a level of commitment and passion that you wouldn't have seen before.

Step Five: Establish a greater purpose
Psychologist Martin Seligman theorised that one of the fundamental needs of every human being is the need to be part of something greater than themselves. The most successful team in professional sport is the New Zealand Rugby team, the All Blacks. The recent World Cup winners have a team of world class players but if you talk to any of them they are clear that their role is just a custodian of the jersey. They are aware of the history of the team and the responsibilities they have to uphold that legacy. This humility allows the leader to manage the emotional intelligence of the players as the egos of the individuals are easier to deal with.

Step Six: Create a leadership team
Studies have shown that to create a new culture you need at least 15-18% of the team to become passionate supporters of the change. This creates enough momentum to switch the whole team to your way of thinking. You will need a create a leadership team, a collection of team members who have the extra responsibilities to demonstrate and uphold the new desired behaviours. You need to avoid the common mistake of selecting the leadership team based on seniority or length of service. The team needs the team members who are most capable of influencing those around them and they are not always the most senior members. Look at the personal qualities within the team, who has the passion, the emotional intelligence and the work ethic. Its these qualities that influences people around them. Look at these qualities and you will find your leadership team.

Step Seven: Form a brotherhood
The most successful teams I have ever been involved with share a common quality. That quality is what is called a "low tolerance threshold." This is when the individuals are comfortable to discuss issues rather than internalising the issue until it escalates to the level that it is so significant that the individual "blows up" or reacts in a way that is not effective. An effective team needs to continuously improve and this can only be done when people have the courage to raise issues whether they are suggestions for improvement or holding colleagues accountable for their behaviours. This requires courage from both, the person raising the issue and from the person who is listening to the issue. Success can not be achieved as an individual, it's a team effort and each member of the team needs to be aware of their responsibilities to help their colleagues achieve success and have faith that their colleagues will do the same for them.