The Roadmap to Success 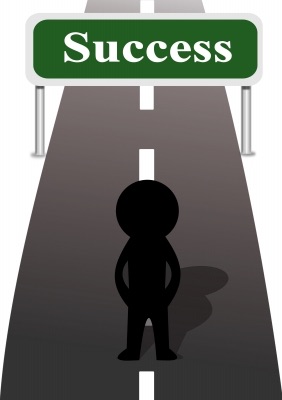 Image courtesy of nonicknamephoto at FreeDigitalPhotos.net

The Roadmap to Success

When I share a success story, I get two kinds of reactions from people and it's in this reaction that I know instantly if this person has a chance of reaching their full potential. So when I talk about a new client or about a new book coming out I hear either a defensive reply or a proactive reply. A defensive reply is when the person protects themselves by dismissing the accomplishment. The proactive reply is when the person replies in a way that they seek tips and hints on how to achieve their own personal success.

I recall a time when I was leaving a successful team. The team was so successful that it was the highest performing team in the organisation every month for twelve consecutive months. My boss at the time was concerned about me leaving but was busy looking for a replacement. A lot of staff in the wider team were frustrated and even asked the General Manager to stop the Team of the Month award because they felt it was demotivating that they had lost to my team every month for the past twelve months. It was to my upmost displeasure that the General Manager agreed and the award was stopped. While my successor was being sought I had several staff members approach me. The majority asked me about how I managed to cheat the system and whether I was cutting corners because the results my team achieved were "impossible," yet there was one person, a young lady, who just asked, "can you tell me how you get these results because I want to do the same" It was in this moment that my boss had found my successor.

The difference was that this young lady saw other people's success for what it really was, a roadmap to show what was possible while others saw it as a reflection on their own failures. Never forget that what the young lady knew,which was failure, was not good or bad. It was just the reality of the present. If you accept your current reality then and only then can you take the necessary action that success requires.

In order to achieve success embrace the successes of others and learn from them. Lessons are always more enjoyable and effective when it's a based on a topic that you are passionate about, so close your eyes and think about what it is that stirs passion inside you when you see it. For some people it's business or others it's a particular sport or art. Whatever it may be, find the individual who epitomises excellence in that field, not just the person you like most but the individual who has utilised every single talent they can find. Once you do this then find out as much as you can about them, immerse yourself in books and interviews see how they act, how they approach life, how they deal with setbacks. You may have to dig deep but you will see their own roadmap to success , their attitude, their qualities that separated them from the pack. I guarantee you that you will find it's more than just talent that got them there and when you learn these lessons you can apply them to your own life.

When I was in my early twenties, I read "The Book of Five Rings" which was a guide on fighting by a Japanese samurai called Miyamoto Musashi. In the book I discovered a fascinating piece of advice that altered my view of the world. He said that he was a skilled sword fighter because of his skills as an artist as well as his skills as a poet because when you see the way in one thing you see the way in all things. So when someone tells you about their success then take a proactive stance and embrace their success because you never know maybe in their success lies the secret to unlock your own.

About the Author:
Mark Wager is the leader that others leaders turn to when they want to take their performance to the next level. Author and leadership expert Mark specialises in providing aspiring and experienced leaders the practical skills and techniques that can transferred to the workplace. To see how Mark can develop you contact him using the enquiry form below