How To Avoid Poor Performance Within Your Team 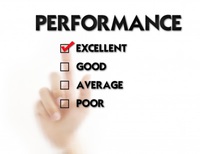 How To Avoid Poor Performance Within Your Team

Over two and an half thousand years ago the military general Sun Tzu was born. His strategies on warfare documented in "The Art of War" are still used today by leaders around the world. I recall one story which demonstrated Sun Tzu's approach to leadership.

King Wu summoned Sun Tzu and requested a demonstration of his leadership skills. Sun Tzu was asked to turn the Kings concubines into soldiers. Upon accepting the challenge Sun Tzu divided the harem into two large groups of 90 with a single concubine appointed as the commander of each company. Sun Tzu ordered the concubines to turn right. In response they giggled. Sun Tzu paused and apologised to the King that his instructions were not clear so he explained his instructions again in a more detailed fashion. Yet again the concubines giggled. This time Sun Tzu ordered their execution and beheaded the two concubines and appointed two new women as the commanders of the two companies. This time when Sun Tzu asked them to turn to the right, the concubines followed his instructions immediately and without hesitation.

“If words of command are not clear and distinct, if orders are not thoroughly understood, then the general is to blame. But if orders are clear and the soldiers nevertheless disobey, then it is the fault of the officers” – Sun Tzu

I know a few Managers who in the grip of frustration wish they could behead some of their staff but we know more advanced techniques of motivating people. Yet what Sun Tzu demonstrated was two common errors that many leaders today still make, that is the mistake of lacking clarity in communication. In terms of instruction and consequences, both errors from the leader will lead to poor performance from their team members.

⭐️Lack of clarity
People perceive the world in very different ways and it is this perception that influences people to interact with the world, including how to receive and give instructions. The Swiss psychologist Carl Jung theorised that when it comes to receiving information people had one of two preference for receiving information. Firstly, some people wanted information in a practical, step-by-step manner with a strong focus on information that is present, tangible and concrete. Secondly, other people found it more useful to receive information in a conceptual big-picture manner. They focus on the theory and future possibilities. The key word in this paragraph is "preference." We all require information in both methods both practical and conceptual depending on the situation but we all have an underlying preference for one or the other. In order to avoid misunderstanding which will lead to poor performance, a leader needs to ensure that both preferences for receiving information are addressed in the instructions. Ensure that the why, the how, the what and when are covered.

⭐️Lack of consequences
If Sun Tzu had informed the concubines that the consequences of their actions was death do you think they still would have giggled? The decision of whether a team member does a task is with them, as a leader you can only control the consequences of what happens if they do or don't do the task. I've always believed that a good leader never needs to fire anyone, rather the staff member fires themselves. When explaining the consequences, focus on the impact on people as well as the more cause and effect approach. This way you will ensure that there is no excuse for the task not being given the importance it deserves. This will not only prevent poor performance but in the rare circumstance that the task is not done you will find that dealing with the situation is easier when the importance was stated beforehand.

⭐️Have faith
The last thing to remember is to have faith in your team. It's incredibly rare that someone comes to work in order to do a bad job. When poor performance occurs within a team it can be incredibly frustrating as a leader. Trust me I know, I've been managing people for twenty five years but what those years taught me was that the frustration I felt was directed at myself rather than the team member. People want to do a good job so have faith in people and trust in their ability and if mistakes occur then be a leader and look at yourself for answers before looking at others.

"Regard your soldiers as your children, and they will follow you into the deepest valleys; look on them as your own beloved sons, and they will stand by you even unto death." - Sun Tzu

About the Author:
Mark Wager is an expert in Leadership Psychology. Mark offers individual and group leadership and executive coaching. Currently Mark is offering a twenty minute free strategy session in which you can discover what you require in order to achieve your goals.

Image courtesy of basketman at FreeDigitalPhotos.net