How Much Is Poor Leadership Costing Your Company? 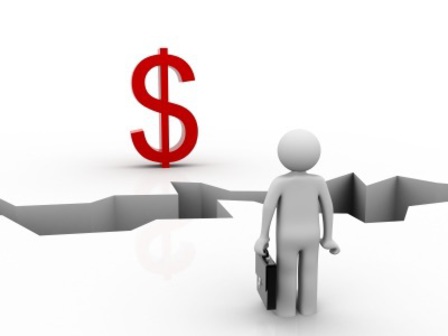 How Much Is Poor Leadership Costing Your Company?

Companies in New Zealand are losing millions of dollars in lost productivity every year due to poor leadership and the majority of these companies don't even realise it is happening.

The National Bureau of Economic Research in the United States released a study entitled "The Value of Bosses" by Edward Lazear, Kathryn Shaw and Christopher Stanton. In a study of 23,878 employees and 1,940 Managers, it was found that there was a direct link between a manager's leadership skills and productivity. The top quality performing individuals were led by managers who had leadership skills. These individuals were 10% more productive than those whose managers were ranked at the bottom. The difference was just over 10% in productivity. The better quality managers also had higher retention rates of employees which in turn reduced the cost of replacing employees. When you take into account recruitment costs, time for recruitment and lost productivity during training, the cost of replacing an employee is estimated to be around 1.5 times the departing employee's salary depending on their role within the company.

How would your company look if all your employees were 10% more productive?

You may well be thinking this is all good but it doesn't apply to my company. Well! you will be surprised. A survey conducted in New Zealand showed that 26% of employees rated their immediate manager as being a poor leader and the interesting fact is that the majority of these poor leaders are also viewed as hardworking and trustworthy. It was just that their communication and motivation skills are poor. In the same survey, employees said that 58% of managers were considered to be extremely hardworking and only 2% were considered not at all hardworking. In regards to trustworthiness, 68% of managers were viewed as quite or extremely trustworthy with 10% perceived as untrustworthy. The issue is not with the managers work ethic, the issue is with their ability to create an environment that inspires and motivates. This is the area where many workplaces are failing their employees and as a result their employees suffer due to lack of motivation and the company suffers due to lack of productivity and eventually the customers suffer with not having the quality service and/or products they want. The good news is that it can be fixed.

If you want to know the solution to all this lost productivity then just ask the employees. 65% of employees believe their manager would benefit by receiving leadership training. In most cases, managers have received little or no leadership training. It's becoming an all too common occurrence that a manager is hired based on their technical expertise and work ethic, both essential qualities for success but very little attention is given to their leadership skills, and when they start it's no better. Management positions are one of the few roles within companies that get very little training when they start and what training they receive is very rarely leadership based. It is equally management based with a focus on polices and self productivity skills such as time management. There is very little training on understanding human behaviour or the drivers for motivation all of which could make an impact on the satisfaction that employees have at work and enhance their productivity.

Companies are losing money every year due to the lack of leadership skills among their managers. It's time to recognise this lost opportunity. What companies in New Zealand need to do is to invest in their employees' welfare by investing in the people skills of their managers who they report to. These managers have the biggest influence over the happiness and productivity of their employees. A leadership programme customised to suit the unique requirements of the business will result in a better return on investment than almost any other expenditure they will make during the year.

Mark Wager is a designer of customised in-house leadership programmes. If you want the 10% that's waiting for you contact Mark today.