The Importance Of Being A Perceptive Leader 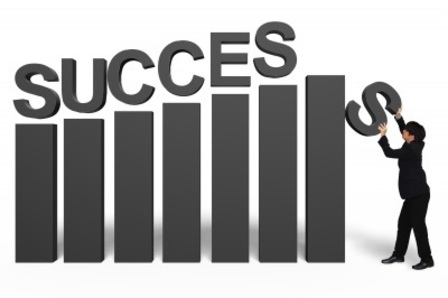 The Importance Of Being A Perceptive Leader

I recently wrote an article about what was the single deciding factor that separated the good teams from the world class teams. I thought I would do the same thing for individuals. I want to share what in my experience of developing people over the past twenty years, the single difference between the best and the rest.

The biggest challenge facing anyone who wants to become an elite leader is the ability to authentically adapt their behaviour to suit the situation. This is difficult because in practice the majority of leaders find this difficult to do, so despite training due to their ingrained habits, values and beliefs. The leaders who have this ability have what I call Pre-cognitive genius. The ability to react at the subconscious level in a style and manner that is best suited for the situation.

When faced with a situation a leader will react within a fraction of the second. This instant reaction is formed through a narrative that is made up if a combination of their beliefs, learned behaviour and values. We've all faced a situation when this reaction has been positive and we feel great a true ah ha moment when we've that we said the right thing at the right time. Yet be honest there has also been times that you would have said the first thing that came to you and as soon as it was said you regretted it a true oh no moment. We've all learnt that painful lessons that words said are difficult to bring back especially as a leader. People expect a lot from leaders and so they should they need to be there for people and be prepared to do the right thing. The world class leaders I have met and worked with have that ability to have far more ah ha moments than the oh no moments. This ability to make an effective instinctual decision is pre-cognitive genius.

In order to become an elite leader you must be prepared to work on your underlying psychology. You need to be able to identify your inner narrative and be able to change that narrative because it's this narrative that acts as a guide for how you perceive and interact with the world. Let me give you an example one person who I coached felt a client really disliked her, had no respect for her and sent her rude emails. When I saw some of these emails I asked her how she felt before she opened the email, she replied that she felt tense because she knew that the email would be offensive. I asked her if she had shown the emails to other people and what they thought, not surprisingly they didn't share the same opinion and felt the emails were ok. Her narrative was the client didn't like her so when she received the email she was convinced the email was going to be critical before she had even seen the contents when the email was opened it was seen through a lens that the narrative created so was interpreted as critical when in fact when the email was seen by others they didn't see what she saw. Here was her challenge, the narrative she had may well be true the customer may have not liked her but this was irrelevant to her challenge of demonstrated the desired behaviours. Her narrative was making her react in a way that she didn't want, she was defensive and abrupt with this client when she wasn't with others. She didn't want to do this as it wasn't professional or productive, it didn't help the business but her instinctual behaviours prevented her form behaviourist the way she wanted. She found that her behaviour reinforced her narrative because that is what the subconscious wants.

The subconscious can only establish one reality it either believes in this reality or it doesn't and as a result creates a narrative that influences your decision making in order to reinforce the reality that you believe in. I've seen many people self sabotage their career or a relationship because of an deep lying narrative telling them that they didn't deserve or wasn't worthy of it. The world class leader or in fact the minority of people who are truly successful are able to convince their subconscious of a reality that they desire. This changes the narrative and instead of working against them they find their subconscious works towards making that reality happen. This enables self belief, focus and discipline to be reinforced and developed all essential qualities for success.

This leadership journey is difficult and long one which is why only a few to get there, if it wants difficult then I would be out of a job. Luckily I've been able to help people to unlock their potential and I aim to continue doing so. This was just a brief article covering what is a very complex topic but I hope you found it useful and just remember the next time you react to a situation ask yourself is that your inner narrative talking? and what would the leader you want to become do?

About the Author:
Mark Wager is an authority in Leadership Psychology. Mark delivers Team Building, Leadership workshops and has limited availability for selected clients for individual coaching. To see if leadership coaching is suitable for you email Mark below to enquire about a free 20 minute strategy session.

Image courtesy of pat138241 at FreeDigitalPhotos.net