P&O Ferries - What Were You Thinking? 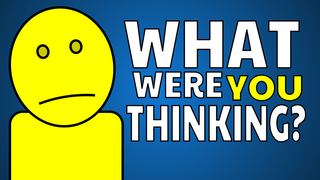 P&O Ferries: What Were You Thinking?

There are good Leaders and there are bad Leaders and in my role as a Leadership Coach I have the opportunity of working with both, showing bad Leaders how to become good and showing good Leaders how to become great. Yet there is another category of Leaders, one that I fortunately never get the opportunity to work with. These Leaders are beyond bad. They reach a level of incompetence that you stop questioning their ability to lead because Leadership is simply behind their capabilities and you start asking yourself if they possess any redeeming qualities that you would expect from a decent human being. The shocking aspect of these incompetent leaders is that not only do they fail to seek out assistance because they don’t believe anything they do is wrong, but it’s more than that. These people often find themselves in senior positions of responsibility and the damage they cause can be immense.

During the last week I observed on the news a display of Leadership incompetence that I doubt will ever be matched. P & O Ferries is a shipping company that operates ferries between the United Kingdom and Ireland and continental business. Like  many businesses they have been struggling to successfully operate during the coronavirus pandemic and have lost over $100 million dollars a year for the past couple of years and obviously changes had to be made so they made a decision to fire 800 employees. Now put aside the fact that P &O Ferries have claimed $10 million from the United Kingdom government in wage subsidies and put aside that its parent company has reported profits of over $600 million a year, a company is still entitled to make difficult decisions in order to safeguard the future of their business. That’s fine but what I want to talk about is how they went about the process.

Just imagine you are the Leader of P&O Ferries and you need to let 800 people go, people who have families and mortgages to pay for and people who have been with the company in some cases over twenty years. Ask yourself how would you approach this difficult situation? Maybe you would start a consultation period with your employees in order to discuss a company restructure and explore any other alternatives or maybe you start talking to the union in order to work together. Even if you have any Leadership experience whatsoever you would at the very least, want to treat people with some of respect during what will be an incredibly difficult and traumatic time for people learning that they no longer have a job. Well!  no matter what you would do I can say with certainty that you wouldn’t do what P &O Ferries decided to do.

For some reason once P&O decided to fire 800 people they decided to keep it secret for several days and then asked their employees to gather together to watch a 3 minute prerecorded video. That’s right, no one turned up in person and it wasn’t even a live video just a 3-minute prerecorded video that was delivered with such a lack of empathy that you would believe the speaker was sharing the weather forecast rather than destroying peoples lives and it gets worse. All  800 people were told that today was their last day of employment and they were given no notice whatsoever and that the ships they were on are about to be boarded by security staff who will escort them off the premises and to make matters even worse their jobs will now be done by an outside agency who has employed people on much lower salaries.

No matter how difficult the conversation there is absolutely no excuse whatsoever for treating people like P&O ferries have treated their staff. P&O ferries have used the excuse that their actions are best for business as a shield to hide their cowardice and utter lack of basic humanity. I always believed that in difficult times we see people as they truly are and the Leaders at P&O ferries, and I hesitate to call them Leaders, have shown the world that they are in positions of responsibility that they don’t deserve and the people who will pay the price for their incompetence are the 800 former employees who have been treated with disdain, yet there is an element of irony that P&O ferries won’t comprehend.

P&O ferries believe they have acted in a way that is best for business but the reality is that they have done the complete opposite. The outrage has understandably been immense with numerous protests taking place, trade unions threatening legal action, the United Kingdom reviewing all their contracts with P&O Ferries and most significantly of all there are hundreds and thousands of customers who have come out and publicly stated they will never use P&O ferries in the future. A decision that was meant to save their company money and guarantee their future has in reality cost them more money and almost certainly guaranteed failure in the future. Just think if somehow they manage to keep their government contracts which is unlikely, given the current public outrage and if somehow they manage to win back the support of their customers, who on earth is going to work for a company that feels that it’s ok to treat people in such a disgraceful way and even if they did find new employees they will never ever show loyalty to a company that doesn’t understand the meaning of loyalty.

Incompetent Leaders believe that business and basic human values such as treating people with respect, showing empathy and loyalty are not compatible. If you have one you have to sacrifice the other. The truth is very different. All businesses are built on a foundation of successful relationships between customers and the business and the employees and their Leaders. If these relationships are strong then difficult situations can be addressed and resolved. You can still let people go but if you do so with respect and empathy then in the long run the business will thrive. Unfortunately this is a lesson that the Leaders at P&O ferries will never ever understand.