The Mindset of Highly Successful People 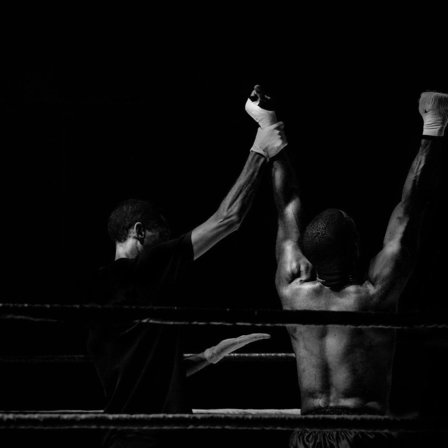 The Mindset of Highly Successful People

In this weeks article I want to talk about the mindset of highly successful people. I’ve coached a range of people from many different industries and countries and I’ve noticed a consistent pattern in behaviour with my most successful clients. They tend to approach situations differently, they think differently- let me tell you how.

Everyone reaches a certain limit, a state that they feel they are stalling and no longer progressing and being in this rut can be difficult but what highly successful people do is that when they find themselves in this position they focus on trying to discover the negatives while other people try to look for the positives. So highly successful people ask themselves what do they need to improve and actively seek criticism from others while everyone else seeks praise and reassurance from others and blame everyone else for the situation they have found themselves in.

It’s easy to fall into the mental trap that many others also fall into especially when there is a sense of legitimacy in blaming others. It’s difficult to focus on your own failings when your results have been held back by the incompetence of other people. Highly successful people embrace the ugly truth which is that the the world is unfair, sometimes you can work hard and don’t get the results you want while others seem to been rewarded despite their lack of skills and effort. Some people are incredibly lucky with the opportunities they are presented with while others have a much bigger mountain to climb to get to the same level. The world shouldn’t be this way but unfortunately it is and we need to work within it and the best way to do this is to take responsibility for our limitations.

‘Be so good they can’t ignore you” - Steve Martin, Comedian

The American comedian and actor Steve Martin was asked what do people need to do in order to be successful. The answer was simply “Be so good that they can’t ignore you.” In the years that followed, Steve Martin was asked about this advice and he said that most people don’t want to follow it because it’s not what they want to hear, what they really want is just to follow a few simple steps in order to be successful. Being successful is not easy. If it was then everyone would be successful and being successful would be being average.

I’ve coached people who are considered to be among the best in the world within their chosen field of expertise and without exception everyone one of them ignores external factors and take sole responsibility for their destiny. If they have a terrible Boss who declines a proposal they don’t blame their Boss instead they blame themselves for not writing a proposal that is clear enough for an idiot to understand and they contact me asking how to do that. If they lose a game because of a poor refereeing decision they don’t blame the referee instead they blame themselves for not being good enough that a single decision should have impacted the final result.

It’s a challenge to change your mindset and even more so for immediate results which is why highly successful people have a coach like myself to help them keep on track. If you are unable to work alongside a Mental skills coach then here are some practical tips to help you on your way to success.

You are not good enough.

I had a client approach me wanting my advice on why his book hadn’t sold many copies. His book has sold around 200 copies but he expected it to be a best seller. When I asked him what he thought was the reasons for the lack of sales, he gave me a multitude of reasons, all of which sounded very convincing but the truth was his book wasn’t good enough. It's  a great achievement to get a book published and it was good enough for 200 people to buy it but it wasn’t good enough for those 200 people to recommend it to others. It wasn’t the answer he wanted because he viewed himself as a guide writer, which he is but he’s not good enough for what he views himself as. It was only when he embraced the truth that he was able to focus on what he had to do in order to become a better writer. Remember being not good enough doesn’t mean you are bad it just means you are not as good as you need to be.

Ask people what you need to do in order to reach a new level.

If you ask people to comment on your performance then the typical reply is positive, which is nice but is not necessarily useful. I have a client that applied for a promotion and when she didn’t get it she asked for feedback and it was only then that the company told her that they haven’t been happy with her performance for the last two years but they never told her. In fact they told her she was doing well. If they had told her the truth she could have fixed her mistakes and got that promotion but because they didn’t want to be negative they were not helping her, they were holding her back.

People find it easier to be positive especially when talking to people face to face. It's like when someone has a bad meal at a restaurant the majority of people don’t say anything they just leave and never go back to the restaurant again. This is just human nature so you need to give people permission to be negative because it’s the negative that is going to help you achieve success.

If you don’t get an answer you need to push them, remind them that you have approached them because you need their help and when they do give answers make sure you press for specific examples and never ever start defending yourself. This is a natural response when people hear the negative but by defending yourself or dismissing feedback all you will achieve is stopping the other person being honest.

Find out how high the mountain is.

Highly successful people spend time researching exactly what is required to reach their goals. It surprises me how many people contact me asking how they can get a promotion but they haven’t looked at the job description for the new role or they haven’t spoken to someone who is currently within the role they want. Do your research because if you don’t it’s like climbing a mountain with no idea of just how high the mountain is.

Highly successful people don’t wait for opportunities to come to them instead they go out of their way to create the opportunities themselves. If it’s a promotion you want don’t wait for the job to be advertised instead make your ambition known, seek out ways you can add more value and take on new responsibilities. If they don’t have a promotion for you then ask if you can step into that role when the incumbent is on holiday. If you want a job that doesn’t exist then build a business case as to why the role should exist. Don’t wait for other people to present you opportunities instead go out and create them.

Kobe Bryant one of the most successful basketball players in history is often praised for his incredible talent but when you read an interview from any of his teammates the one thing they always talk about is his work ethic. When Tiny Gaffney, a former team mate was asked about Kobe’s work ethic he said

“No one would have any idea that he’s been in the gym working for three-to-four hours,” Gaffney said. Despite his talent he still worked harder than anyone else on his team.

There many ingredients that make up the recipe for success but it all starts with your mindset. If  you can get that right then you too can become highly successful.