It's Time To Think Differently 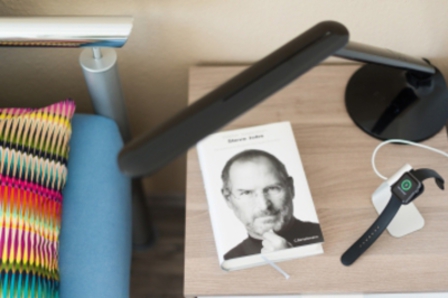 Apple is one of the world's most innovative and influential companies in the world. There has been over 170 million sales worldwide of the iPad alone. It wasn't always this way. In the mid nineties, Apple was only known as a manufacturer of personal computers and sales were mid to low. In 1997 Steve Jobs, who founded Apple with Steve Wozniak returned to the organisation after being ousted a decade previously. With his return came a new philosophy, a new way of thinking. He challenged the company to think differently.

Steve Jobs commissioned a publicity campaign that would reflect the values and beliefs of Apple. The campaign which went on to become one of the most successful ever was as follows.
"Here’s to the crazy ones. The misfits. The rebels. The troublemakers. The round pegs in the square holes. The ones who see things differently. They’re not fond of rules. And they have no respect for the status quo. You can quote them, disagree with them, glorify or vilify them. About the only thing you can’t do is ignore them. Because they change things. They push the human race forward. While some may see them as the crazy ones, we see genius. Because the people who are crazy enough to think they can change the world, are the ones who do. " - Apple Inc.
Apple which was only known for personal computers released the iPod music player in 2001, the success of this innovation led to the release of the iTunes Store, the iPhone, the iPad and recently the watch. Today Apple is a multi national company with revenue reaching over $180 billion dollars per year. It all started with the courage to think differently.
Steve Jobs dropped out of college. His highest qualification was high school yet he changed the world. Ask yourself, if you decided to think differently what could you achieve?
The pressure is high for leaders to remain the status quo. The "we've always done it this way" mentality is a tempting one because changing your way of thinking presents risk and risk in today's busy work environment is something that not many leaders are prepared to take. Thinking the same is a safe way to lead people but you will never experience true innovation that only comes when you are willing to challenge the status quo. It's this way and only this way that will lead you to greatness. In order to do this you have to follow these three simple rules.

Find your passion
"Have the courage to follow your heart and intuition. They somehow know what you truly want to become." - Steve Jobs
If you truly want to think differently you need to start by finding your passion because it's only your passion that will give you the motivation to overcome the obstacles that will be placed in your way. Steve Jobs was fired from the company he founded but he never lost his passion and it was this passion that led him to start a new company which was purchased by Apple and led to Steve becoming CEO again.

Dream big
"We're here to put a dent in the universe. Otherwise why else even be here?" - Steve Jobs
If you are going to dream then you might as well dream big. If you have a new idea and everyone agrees with it then it's a good idea but it's not an innovative one the reason why the iPad sold so many units wasn't because it fulfilled a need that people didn't know they wanted. Ask yourself how do you set your goals? Are they based on what's happened previously or are they based on what your heart desires?

Take advantage of every day
"If today were your last day of your life, would you want to do what you are about to do today" - Steve Jobs
Life is a precious gift but it's a brief one and if you want to make something of your life then you need to take advantage of every available minute. It's fine to dream but they will remain just that without the sacrifice that success requires. The sacrifice may be your time, your sweat or even your tears but remember that dreams can only come true if you are prepared to offer something of yourself. Your life can be great, the decision to how great rests with no one else but you.

When Apple decided to embrace a culture of thinking differently they didn't just change their company, they didn't just change the computer industry they changed more than that, they changed the world. If you decide to change your thinking and start chasing your passion then you may not end up changing the world or even your industry but you will be able to change something that is more precious to you. Think differently and you will change your life.

Image courtesy of franky242 at FreeDigitalPhotos.net