Lessons In Leadership From The All Blacks 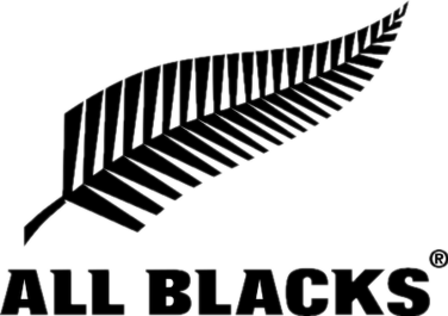 Lessons In Leadership From The All Blacks

Wherever you find success you will also discover valuable lessons that will help you on your own personal journey. If you are a Leader responsible for a team then when you look around for a team that has found continuous success you can’t look any further than the All Blacks. Despite  what is by their standards is a poor season the New Zealand national Rugby team has been one of the most consistently successful teams in sports history with a winning percentage of 76%. Since their first game in 1903 they have been consistently one of the best teams in the world, winning the World Cup three times,  more than any other country. So what has made the All Blacks so successful and how can we use those lessons to achieve success ourselves?

Create meaning greater than the individual

When a player is called up to the All Blacks they are given a jersey and the first thing they are told is that they are custodians of the jersey. It doesn’t belong to them and their job is to leave the jersey in a better place than it was when they were given it. The players know that they are not just playing for themselves or their family or friends they are fighting for the jersey and what it represents. Ask yourself when people come to work within your team, what is it that they are working for?

People are motivated when they are part of something greater than themselves, something with meaning. As a Leader you need to look beyond targets and sales figures and find the true meaning for your teams existence.

Leadership is a collective effort

When issues occur within the All Blacks  team they don’t expect the coach to deal with them the expectation is that the team takes care of it themselves. When the former All Black Daniel Carter was on tour he missed the teams curfew one night and when he came back to the hotel he was worried about what the coach would say but was even more worried about what his teammates would say to him. The All Blacks know that Leadership isn’t just for the Coach, Leadership is required by all members of the team and it starts with holding yourself and those around you accountable for their actions.

The most powerful form of influence is social compliance which means that people are more likely to copy the behaviour of their work colleagues than they are their Boss. This means that if any minor behaviour or performance issue arises it’s more effective for the team to address them rather than the Leader

Attitude is just as important at as talent

There have been many skilful players who have never made a career as an All Black because what is made very clear to every player is that talent is only an ingredient of success you also need to have the right attitude, you need to be willing to work hard, to put the needs of the team ahead of your own and not be content with being good but having a desire to be great. If someone doesn’t have this attitude it’s not personal they are just told that they are not an All Black.

Too often I have Leaders call me telling me that they have someone within their team that is good at their job but just has a bad attitude. The truth is they are not good at their job because attitude is just as important as talent. You can’t succeed without both of them. If someone is rude or selfish they are not doing their job and this needs to be dealt with as such.

By the standards of any other team the All Blacks would look at this year as a relatively successful one but not every team is the All Blacks. Having had two losses this year to Australia and Argentina there is talk of a crisis and the coach Ian Foster finds himself under a mountain of pressure. The pressure exists because of their high standards, they expect every player to perform at their best during every minute of the game and history has shown that despite setbacks people will rise to meet those lofty standards.

When you are a Leader of a team ask yourself what expectations are being set, are they high or low?  If people feel they can get away with being average then a lot of people will be happy being just that yet if as a Leader you decide to hold everyone to much higher standards then the team will respond accordingly.

The All Blacks understand that in order to be the best they have to always be learning, looking at ways to improve no matter how small the improvement. This is best summarised by the story of former All Black coach Wayne Smith who when he was in England was asked by fellow coaches to share what the All Blacks did which to their surprise he did. After  a while he was asked why was he sharing so much information and wouldn’t the All Blacks be upset to which he replied they don’t hire me for what I know they hire me for what I will know in the future.

In today’s changing economic environment if you are standing still then you are moving backwards. Successful Leaders and their teams have to be constantly looking at ways to become better challenging, current procedures knowing that just because something worked in the past doesn’t mean it will work in the future.

Whanau is a Maori word that means to be born or to give birth and refers to the relationships among extended family, parents, grandparents, the family built of friends and teammates. The All Blacks embrace this philosophy by making sure that everyone within their team doesn’t just feel welcome they feel like they are part of a family. To be seeing people as not just players but as individual human beings with their own personalities and unique challenges they create a culture which enables everyone to be their best. The All Blacks know if you get the culture right the score takes care of itself.

As a Leader you are responsible for creating the culture of the team you need to be very aware of how you interact with each member of your team. Treat them like employees and they will act like an employee yet genuinely care for them as people and they will be there for you when you need them.

I’ve had the honour of working with many different teams from various countries and across a wide range of industries and it’s true that every team has its own set of unique challenges. Leading in one country is different to leading in another but there is a universal truth when it comes to successful teams. Whenever human beings need to work together there are consistent traits that the team requires in order to succeed. Whenever  you look through the long history of the All Blacks you will see those traits on display every time they step onto the pitch.