Leading With Confidence During Times of Uncertainty 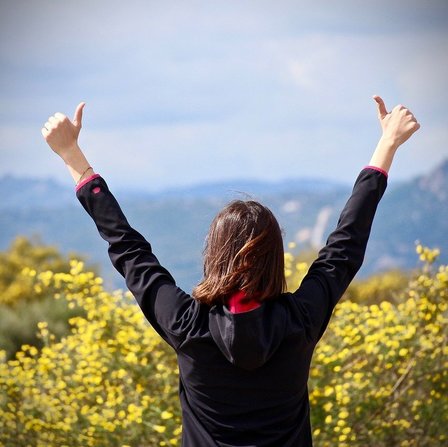 How To Lead With Confidence During Times Of Uncertainty

The Coronavirus pandemic is truly testing the Leadership decisions of many world leaders where the virus has not only resulted in the deaths of thousands of people but has caused economic damage which will be felt for many years in the future. Businesses are closing, borders of major countries like Spain and Italy have been completely shut down causing so much uncertainty within which it’s natural to be concerned and it’s during these times that we look toward our Leaders for guidance. Different world Leaders have reacted very differently. Some have shown clear and concise Leadership while others have failed and could possibly be accused of marking a very dangerous situation much worse. At a lower level, Leaders in business are facing the same challenge. In this week's article I want to share some tips that will help Leaders in business to lead with confidence during times of uncertainty.

Communication is the key

People like to know what’s going on and what's going to happen. Familiarity is comforting but when the future is uncertain, what can a Leader do? It’s important that the Leader explains with as much detail as possible what is  happening and how it will impact those concerned even if its going to be bad news. Giving people bad news is better than giving them no news at all because if Leaders says nothing, people will start to panic. The best way to demonstrate this  is to use the example of Airline pilots.

We’ve all been in a situation when we are on a plane and the Captain starts talking. “We are about to experience some turbulence so the seatbelt sign has come on, please stay in your seats the cabin crew won’t be serving during this time. We will let you know when it’s okay to walk around.” A few moments later the plane experiences the turbulence, there’s some concern but not too much and then it’s over. Now imagine if the captain didn’t say anything and suddenly the plane started shaking. There would be complete panic on the plane. The difference between concern and panic is the quality of communication from the Leader.

Never ever assume, it’s okay to say “I don’t know.”

When there’s a level of uncertainty there’s a temptation for  Leaders to fill that uncertainty with assumptions but this is completely wrong because not only does it provide false hope but it also damages people’s trust in the Leader when expectations are not met. President Trump has recently come under a lot of criticism for the way he is handling  the coronavirus pandemic in the United States. He has made several statements that are completely untrue. He said a vaccine will be ready within a week when his own scientists said it could take over a year maybe even eighteen months. He said everyone entering the country would be tested when in reality they weren’t. The  U.S President’s false statements created a false sense of security and most likely increased the possibility of the virus spreading. This lead to a recent poll by Yahoo news who surveyed 1,635 adults which resulted in 53% of Americans not believing that President Trump is telling the truth.

People want their Leaders to provide direction. They don’t expect them to be perfect so if as a Leader you are asked a question that you don’t know it’s fine to say you don’t know as long as you reassure people that you will either find the answer or when the answer will be available.

It’s not about blame, it’s about solutions

When I start working with any team I always tell them about the behaviour that annoys me more than anything, which is when things go wrong people start focusing on who’s to blame and don’t focus on what is important which is how to fix the problem. There will be time to attribute blame and to learn lessons but that time is not in the present. During times of uncertainty you have to put that aside, it can be difficult sometimes but all your energy and everyone’s focus has to be on what needs to be done now with solutions to the immediate problem.

Again using President Trump as an example during many of his speeches he spends time on attributing the blame for the spread of coronavirus on other countries and political parties while at the same time praising himself. While some of Trump supporters enjoy this behaviour it is not  the behaviour that a Leader needs to demonstrate during times of uncertainty. You can attribute blame anyway you want later on but right now you need to show confidence and that comes by focussing on solutions.

Focus on making people understand not on making them agree

Difficult times require courageous decisions. As a Leader you will have to make decisions and there will be times you have to make decisions that not everyone will agree with. In normal circumstances you will spend time ensuring that everyone’s view is heard and that a decision has a consensus but in times of uncertainty, time is not your friend and there needs to be a sense of urgency with your decision making because every moment you delay makes the situation worse. There are countries that are suffering now because their leaders delayed and delayed making decisions regarding border controls.

As a Leader you need to make the right decision and not the decision that everyone agrees with. Hopefully  they are one and the same but it’s important that decisions are made quickly even if that means not everyone agrees with your decision. Remember the role of the Leader during uncertain times is to make people understand it’s not to make everyone agree. Focus on doing what is right and not what makes you popular.

Provide answers before the questions are asked.

If you are a Leader in business then your employees need to know what your policies are in regards to the coronavirus. Remember, if people have to ask you then you are already too late. If you want to appear as a confident Leader then you need to provide answers before the questions are asked. Put yourself in the shoes of your team, what are their concerns? What information do they need to know? What questions would they have? Ask yourself these questions and you will have formed the basis of what you need to say.

If as a Leader you if you have doubts or you are concerned yourself that’s fin. Congratulations !you are human but leadership is not about you and your feelings. Leadership is about the people who have placed their trust and faith in you to lead so it’s fine to share your weaknesses because that builds trust but don’t share your doubts because people are looking at you for direction and it’s up to you to provide the certainty that people require during these uncertain times. It’s difficult but no one has ever said that Leadership is easy. If  you communicate openly and with honesty, a sense of urgency and with the courage to do what’s right no matter how unpopular it makes you then you will become the type of Leader that your team needs in an uncertain environment.