Leading a Business Through a Recession 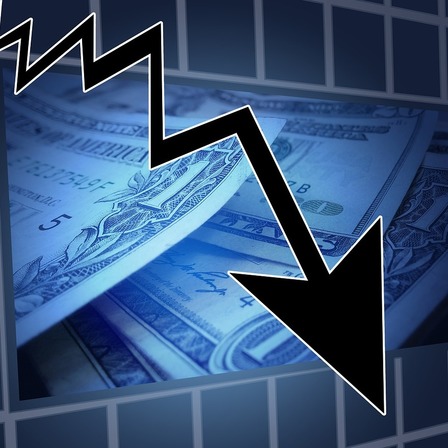 Leading a Business Through a Recession

In this time of uncertainty there is one thing that is absolutely certain and that is we are about to face an economic recession. In  addition to the thousands of lives that the coronavirus pandemic has already taken, the economic damage is extensive. The necessary actions taken by Governments worldwide in order to reduce the spread of the virus, including closing businesses, gatherings and in addition to the sense of fear that most of us face, has meant that many businesses have been unable to continue and have permanently closed or are thinking about closing and it’s only going to get worse.

The Deutsche Bank announced last Wednesday that they believed the economic impact will    “substantially exceed anything previously recorded going back to world war 2” The Federal Reserve Bank of St Louis President James Bullard predicted that in the United States the unemployment rate may hit 30%. There have been similar predictions worldwide and it’s clear the business world will experience a change like none of us have ever experienced.

Some industries are going to be impacted more than others. Tourism and hospitality are going to be hit worse but this week I want to talk more generally about how to lead a business through a recession.

What do companies like Burger King, Microsoft, Disney and CNN have in common? All of these incredibly successful companies started in tough economic times. This coming recession will be the end of many businesses but it will also be the start of some others. The Kauffman foundation sponsored a 2009 study that found more than half of the companies on the 2009 Fortune 500 list were launched during a recession. That means it’s likely that even during today’s economic slowdown, some of tomorrow’s biggest employers are just getting their start.

The recession is going to happe, the only question is just how bad the recession will be. So  if you have a small business then you can’t afford to wait until the economic downturn hits you even if you feel that business is fine at the moment believe me this won’t last so you need to get ready now. When the sea levels rise some people drown while others surf the waves. The key for all businesses is to evolve. The businesses that will not only survive but actually thrive during these difficult times will be the ones who are able to evolve and adapt. Remember change is inevitable, it has to be embraced.

The fundamental principles of any business is having a service or product that solves a problem. Despite  how bad the recession may be, people will still have problems. They  may be different problems to today but there will still be problems. You just need to make sure that your business is able to solve those problems. If  you can, then your business will thrive. We do business differently now than we did ten years ago and this recession will force us to evolve even further. Think about how you can deliver your service or product in different ways just as tourism companies have to start focussing on more domestic tourism. You  need to ask yourself how does your company need to evolve.

Be positive but honest

If you are leading a business you need to remember that your team takes the lead from you. You need to be positive and that positivity needs to be embraced within your business because there will be tough times and you and your team will need to have the resilience to overcome them. That being said it’s also important to be honest. Never ever under any circumstances mislead people by lying to them about what’s going to happen.  You may feel you are protecting people but in reality you are making it worse. So be honest with people and trust them to do the right thing.

Letting people go should be your last option

When you mention the word recession the first thing most people think about is whether they are going to have a job. The truth is that a lot of people are going to lose their jobs but as a Leader letting people go should be the last option. Before saying goodbye you need to explore all the other options such as giving people an option to work part-time to reduced hours, job sharing or looking at working from home or remotely in order to reduce costs. If you can retain people you will create a sense of loyalty within your team which you will find is priceless.

The positive aspect about people losing their jobs is that there will be many highly capable people out there waiting to be picked up. During a recession when recruiting don’t look just for people who have done your required role in the past instead you need to look a lot wider. Your ideal candidate may well have never performed the required role in the past but have demonstrated the skills in other roles that can be transferred into your business. Now is not the time to have a narrow focus you need to be innovative in who you recruit because there are star performers out there waiting for you to discover them.

During tough economic times when businesses look at cutting costs they usually look firstly at advertising training and stop spending in those areas yet this would be a mistake. To lead a business through a recession you don’t stop spending on advertising and training, it’s these areas that if managed correctly will generate more business. If you get your advertising right then you will get more clients. If you get your training right then you & your staff will be more productive and innovative. When I train Leaders I do so because companies are fully aware of how better trained leaders will motivate and inspire their teams which results in more profits.

Let’s be honest not all businesses are going to make it through the recession regardless of your industry or what country you may be in your business will be impacted hard but like every other recession we will come through it and life will continue so as a Leaders we need to be better, we need to look at innovate ways to evolve our businesses, we need to remain positive. We need to be smart regarding hiring and firing staff and above all we need to be careful with how we spend our money especially when it comes to adverting and training. If we can do this then like any successful business before us, we will be able to lead our business through this upcoming recession