Why Leadership Will Decide Who Wins The Rugby World Cup 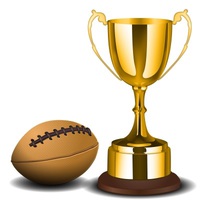 How Leadership Will Decide The World Cup

The most important Rugby tournament in the world is about to begin. There are teams coming from all around the world to compete against each other for the Webb Ellis Trophy and the honour of calling themselves "world champions". Every team will be preparing to give their everything on the pitch, yet in this high pressure tournament environment, the difference between the two competing teams may not be the size of the players or their technical expertise. The difference may well be their leadership skills.

When I work with leaders we work on the ability to reach optimum performance under pressure conditions. An elite leader has the ability to step up under high pressure environments and make quality and timely key decisions. In sport this quality is also important. Knowing when to kick, when to run, and when to pass, can determine the outcome of a match, and when this match is in a tournament situation the pressure level goes higher than usual. Pressure is the enemy of sportsmen and leaders yet pressure if managed correctly can be an asset.

Pressure environments not only impact performance, they also create biological changes. We are all aware that it is an advantage to play at home rather than away, even if we can't explain why, we all instinctively know we have a better chance of winning at home. This is the same regardless of the sport. If you look at statistics across a range of sports, it's common to see a team's winning percentage higher at home than away. While some reasons may be due to travel conditions when playing away, the main reason is the nature of the environment which is created in a comfortable and positive situation. In these situations, pressure is raised but the nature of environment enables that pressure to be turned into belief which in turn enhances performance. As I've already mentioned, research has established that biological changes occur during this period.

In 2003 a study by neuroscientists Nick Neave and Sandy Wolfson from the U.K.’s Northumbria University found that salivary testosterone levels in British professional soccer players were significantly higher before a home game than an away game. The effect was more pronounced if the home team players perceived the visitors as an “extreme” rival than merely a “moderate” one that they didn’t feel as strongly about winning against. When we face pressure situations, if we can create an environment that is comfortable and positive, then not only are we sharper mentally but also physically. Elite leaders are experts at creating these situations.

Elite leaders know that motivation comes from a combination of pressure and belief. Our mind reacts in a positive way when there is pressure to perform, I.e there is something significant at stake and that it is accompanied with a belief that a positive result will occur. When these are in balance then optimism performance is realised. If they are not in balance then there is a recipe for poor performance. So if the pressure is too much lower or higher than the belief level then the chances of the team losing is greatly increased. If you look at the most recent world cups in both football and rugby, you see examples of what happens if pressure matches belief and what happens if it doesn't. In both forms of sport the World Cup was held in countries that are passionate about the sport. The football World Cup was held in Brazil and the Rugby World Cup was held in New Zealand. Pressure was high for both teams. The public expected and demanded that their team raised the trophy at the end. In New Zealand the pressure matched the belief so the All Blacks achieved a consistent level of high performances in order to win the World Cup, yet it was no surprise that their worst performance was the final itself against France where the pressure was at its highest. At the FIFA World Cup Brazil, the favourites for the tournament completely collapsed in the semi-final against Germany with a record 7-1 loss. A perfect example of a highly competent team who were completely unable to get the leadership aspect of performance right. They couldn't match pressure and belief and as a result dismally failed.

So when the Rugby World Cup kicks off on 18th September with Fiji facing its host nation England, the end result won't just be because of who is the technically the better team but rather which team has the better leadership skills in order to correctly balance the pressure and the belief that optimum performance requires.

About the Author:
Mark Wager is an international authority on Leadership Psychology. Mark is available to provide sports teams with the Leadership edge that they need to turn victories into trophies. Contact Mark using the enquiry form below.