The Truth About Leadership & Power 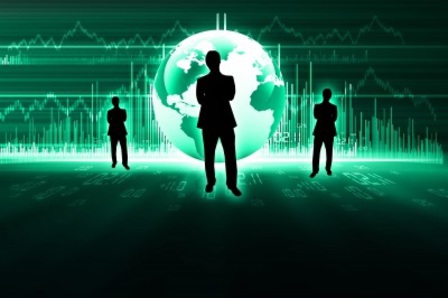 The Truth About Power and Leadership

"Nearly all men can stand adversity, but if you want to test a man's character, give him power." - Abraham Lincoln

There's no two ways about it, leadership is power. Leaders are in a position to influence people to reach such levels they never imagined possible. It's an honour to be a leader, to have people's faith to such a degree that they follow you no matter what. Yet, with all leadership, there is a dark side and that dark side is the temptation to misuse the power that comes with leadership. You can't go a week without a news story about leaders abusing their power, whether it's placing their personal ambition ahead of the greater good or inappropriate behaviour toward others. Power has the ability to corrupt. I've worked with leaders who have positions that will never be important enough to reach national headlines but still succumb to the temptation of misusing power. I've seen leaders act inappropriately by bullying staff and acting selfishly by giving preferential treatment to friends. The scary thing about this behaviour is that in over 90% of circumstances the leader in question does not believe he has acted inappropriately. He justifies his behaviour in order to maintain his image as a leader. The leader who bullies believes he is dealing with poor performance in a very direct way and the staff member is too sensitive. The leader who gives preferential treatment to people is likely to justify it as a sign of being a good people-first leader. Its only when the same circumstances are applied to a team member he doesn't like as much then the behaviour is highlighted.

Leaders are human and as humans we are all flawed. People are corrupted by power yet we can't be a leader without power. So, what do we expect from our leaders and how can they reach the high levels we expect from them?

Lucius Quinctius Cincinnatus was one of the heroes from early Rome. If you haven't heard of his name then you certainly would have heard of the city named after him,Cincinnati. In Ancient Rome, whenever there was a crisis the senate would suspend democracy and appoint one man to protect the city, a Dictator, someone who would have supreme power in order to handle the crisis in any way possible. The year was 458bc and the Romans were at war with the Aequi and the war was not going well. Their council Minucious Esquilinuis was captured and the senate was in a panic. Cincinnatus was working on his farm when he heard the news that he was to be appointed as a Dictator. Within fifteen days he turned the tide of the war and the Aequi surrendered. Upon the receipt of the Aequi's surrender Cincinnatus gave up the post of Dictator, not keeping power a day longer than was necessary. His story doesn't end there, in 439 B.C, Rome was in the midst of a crisis again with Spurious Maelius conspiring to overthrow the senate and become King. Cincinnatus again became Dictator and quashed the coup. Once the crisis was resolved, yet again Cincinnatus gave up his role and retuned to his normal life. The temptation of the position of Dictator was huge, in fact the last person nominated never gave up the role, his name was Caesar.

The legacy of Cincinnatus has inspired many leaders including George Washington who gave up his role as commander-in-chief after the American Revolution and instead resisted offers of greater power in order to return to his farm. George Washington like Cincinnatus knew the truth about leadership and power. The two are intertwined and you can't have one without the other but a true leader realises that power does not belong as a matter of right to the leader. The power to lead is given by the followers who have faith in the leader and as a result must be returned to the people. Cincinnatus realised that leadership isn't just an honour, it is a public service.

When you see leaders fall from grace in the daily headlines or fail as people in the workplace, remember they are not true leaders because they have made the mistake of believing that the power they have been given belongs to them when in fact leaders are only custodians of power. That is the undeniable truth about leadership and power.

About the Author:
Mark Wager is an expert in Leadership Psychology. Mark specialises in turning smart, driven people into quality leaders through a series of ongoing coaching sessions. Contact Mark today for a free 20 minute strategy session to see how you can achieve your goals.