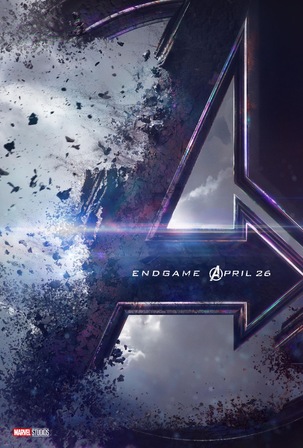 This week Avengers:End Game opens at the cinemas with many industry experts predicting that the movie will be the biggest box office opening weekend in movie history, breaking the record currently held by Avengers: Infinity War also made by Marvel Studios. With a range of movies including Avengers, Guardians of the Galaxy, Captain Marvel and Black Panther,  Marvel Studios are a modern success story, a story that is even more incredible when you consider that in 1999 Marvel were facing bankruptcy. In this week’s article I’m going to explore some of the Leadership lessons that have made Marvel Studios one of the world’s most successful movie studios in the world.

Be prepared to go it alone

In order to get out of the financial crisis Marvel found themselves in, they sold the movie rights to their most popular characters at the time including Spider-Man, the X-Men and the Fantastic Four which lead to other movie studios such as Sony and Fox making millions of dollars from realising movies with only a small fraction going back to Marvel.

After years of seeing other studios make money from their characters, Marvel then decided to go it alone. In 2005 everything changed. Marvel raised $525million to fund their own movie studio. The CEO at the time Peter Cuneo said "We had the talent, and we’d been apprenticing under the big studios long enough to have the knowhow. We felt we could produce quality motion pictures and keep all the profits, rather than receive a small revenue from a typical studio license deal."

As a Leader you are not just responsible for today’s success but also creating a platform that will ensure ongoing success in the future. This requires the team to take directions they have never been before. In  order to achieve this a Leader needs to have the humility and courage to learn a whole new range of skills. Too often when a Leader reaches a certain level they stop learning yet the most effective leaders understand that knowledge is an ongoing journey. Kevin Feige, the President Of Marvel Studios, learned his trade by being a producer on fourteen movies before Marvel decided to release Iron Man, their first movie.

Recruit based on talent and not experience

The most effective Leaders I coach understand that it’s never about them, it’s about the team and it’s the Leader’s role to discover, attract and retain the best talent possible. The better the people, the better the team and the greater the success.

The Directors of Avengers:Endgame are the Russo brothers, Anthony and Joe who together have helmed four Marvel movies yet their background is not of making big budget blockbusters in fact prior to their work at Marvel they were known for working on comedy shows for TV. Marvel have focussed on discovering the best talent possible. Ryan Googler was only 32 years old with very little experience before he directed Black Panther.  Scott Derrickson had only directed small budget horror movies before he made Doctor Strange and Kiwi Taika Waititi had a history of small local movies before making Thor: Ragnarok. All of these Directors have contributed to Marvel’s success yet none of them had a history to suggest such success was possible.

A common mistake I see Leaders make during recruiting is that they only look for candidates who are already doing the job that they are recruiting for. While this may seem a safe option what is happening in reality is that the most talented people are being overlooked. When recruiting don’t look for what roles people have done instead look for what skills they have demonstrated regardless of their role and most importantly their attitude. You can train skills far better than you can train attitude. When Marvel are looking for Directors they don’t look for people who have already directed big budget movies instead they looked for Directors who have demonstrated skills as a storyteller. They know that if the Director has this skill and has the right attitude then they can work with them to produce the big budget blockbusters audiences around the world enjoy watching.

If this approach of talent above experience works for Marvel then it can also work for you so forget what jobs people are doing right now and start focusing on talent. If a Leader can discover attract and retain the best talent then success will be waiting for you.

Have a connectable Vision

At the end of Marvel Studio’s first movie Iron Man in 2008, there was a post credits scene in which Samuel L Jackson playing Nick Fury talks about the Avengers initiative, setting the scene for all Marvel movies to be part of the same shared movie universe. Marvel studios had a vision to have all their movies to be interconnected, each one playing a small part in a larger overall narrative leading up to Avengers: Endgame, the cumulative of twenty two movies.

Other studios have tried to copy this success but to no avail. The recent. “ The Mummy” & “King Arthur” movies were meant to start their own version of shared universes but both were box office failures. Marvel studios didn’t just have a vision, they had a connectable vision.

In order to have a vision that works a Leader needs to have an end point or end game in this situation as well as having an idea of the components that will bring the vision together. It’s like going on a journey with a clear destination and a roadmap of how to get there. This doesn’t mean the journey is fixed. Marvel had several movies that were scheduled to be released but were postponed and they released others that weren’t part of the original plan. Flexibility is the key to every plan and being able to adapt to the changing environment around you is a skill that every leader requires.

Marvel studios have thrilled audiences around the world with its incredible stories but the most remarkable story may well be off screen, the tale of how a company was on the verge of bankruptcy, having to sell its characters in order to survive yet only ten years later was purchased by Disney for $4billion dollars. A true business fairytale based on highly effective leadership principles that everyone can learn from an apply to their own Leadership story.

Mark Wager is a Leadership Coach specialising in helping good Leaders become great. If you would like Mark to coach you contact him for a free 30 minute strategy session