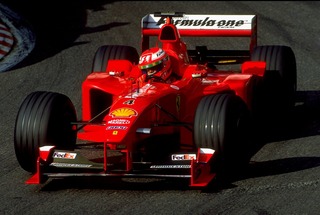 The best Leaders are learners, they have a desire to discover ways in which they can become better leaders and they are the most passionate. Learners look for any example of excellence regardless of the industry in which that excellence occurs because they understand that where you find excellence you will find valuable lessons. In this weeks article, I want to explore the world of Formula One, which gathered headlines around the world recently for the dramatic conclusion of the latest Formula One season in which Max Verstappen won his first world championship by overtaking the reigning world champion Lewis Hamilton on the last lap of the last race of the season.

Formula One is a successful multi-billion dollar business with major corporations such as Ferrari, Mercedes and Red Bull spending millions of dollars to compete for the Formula One constructors championship with some budgets going over $700 million dollars annually. The best drivers in the world in cars reaching speeds of over 350 km/h competing against each other in 21 races in 5 continents. It's a high-pressure, extremely competitive environment and a great place to learn lessons that can help any Leader.

Embrace the quest for marginal gains

In Formula 1 the difference between winning and losing can be measured in fractions of a second which means that innovation becomes an incredibly valuable commodity. When “innovation” is mentioned it’s often associated with someone seeking a revolutionary new idea that changes everything yet what Formula 1 demonstrates is the value of “marginal gains”

It’s the small ideas, the ones that takes the team a tiny step forward rather than a giant leap that can make the difference. A typical formula one car will have approximately 4,000-5,000 parts that have been specially designed and during a five month season you will often find that around 3,000 of those parts will be changed, improved or modernised. It’s this ongoing desire for improvement no matter how small that defines the winners. The motto of Red Bull Racing says it all "Be brave and do things differently"

‘When you race to win, second or third place is not enough” Ayrton Senna

One of the best examples you can find of effective teamwork anywhere can be found in the Formula 1 pitstop. During a typical race the driver will push their cars to its utmost limits which means that at some stage during the race they will have to bring the car into the pitstop where a team of mechanics will change all four wheels of the car, refuel the car and make any urgent adjustments all within a matter of a few seconds.

The key to this remarkable achievement is the formula of teamwork which is clarity + trust + execution. The key to this success is the same with all teams,  Firstly they have clarity of roles. It takes four people to change each wheel, there's someone who's job it is to sip the drivers visor everyone is fully aware of what they have to do in order for the team to get the results it wants. Secondly there's trust, if one person fails, the team fails so there's complete trust that everyone will fulfil their roles. The technician who uses a jack to raise the car has to stand in front of the car when it approaches at 80 km/h he has full trust in the skills of the driver to stop at precisely the right moment. The final element is execution. A typical pitstop team will practice around 70-80 times each race weekend they will work until they get as close to perfection as they can because they know success requires teamwork.

One of the most attractive aspects of Formula 1 is the clarity over success, we all know who’s won its the driver that crossed the finish line first. This clarity makes it very easy for everyone within the team to focus on what is important which is winning the race. Driver Sergio Perez spoke about this when appearing on the Beyond the Grid podcast “Red Bull is a vast team, and you can see the passion in it for winning, Everyone who works here, their mindset is about winning. Winning, winning, winning. Winning is everything.”

Outside of sport it’s not always so clear what winning is, it’s very easy for different people to have a different ideas of what success is and when there is this lack of clarity it’s very difficult for the team to come together and share the same mindset. As a Leader you need to provide your team with their own version of what the finishing line is, maybe it’s a sales target or a specific state of performance it really doesn’t matter as long as it’s tangible and within the teams control.

It’s not about you, it’s about the team

When Max Verstappen won the world championship last week all of the worlds media was focused on him and understandably so because he was the driver behind the wheel yet the reality behind the success is that even though there is one person behind the wheel there is also around seventy people supporting him including the pit crew, engineers, mechanics and analysts then there’s also the media team, trainers and the marketing team. If you add in the factory team who design and manufacture the engine and chassis then you are looking at an additional one thousand people so while the focus is on the driver Max Verstappen and there’s no doubting his talent his success is a collective effort.

Like a driver in Formula 1 there’s a lot of focus on the leader of a team yet it would be a huge mistake to make your believe that you are better than anyone else because Leadership is about many things but it’s never about you, Leadership is a selfless act rather than a selfish one, you  are just one part of a team and like a driver you have your role to fulfil but any effort is worthless unless the focus in on the team.

“Once something is a passion the motivation is there” - Michael Schumacher

What is talent without passion? There’s something unique about the mentality of a Formula 1 driver, the principle of Red Bull racing described it in the Netflix documentary Formula 1 drive to survive as “when they get into a 200-mile-an-hour car it’s almost  fighter pilot mentality” it’s not a job for everyone but for those who thrive and seek out that high pressure environment then there’s no better place in the world than behind the wheel of a Formula 1 car

When a Leader builds a team then need to start thinking beyond talent because that is only part of the equation and start thinking about what is the right mentality for the person who will be successful within the team. If you are unsure then look at what you need to achieve as a team and ask yourself what does the culture need to look like in order to achieve success while staying true to your values. Formula 1 knows what mentality is required to become a driver. Do you know what mentality is required to work within your team?