Why Jose Mourinho Is The Right Leader For Manchester United 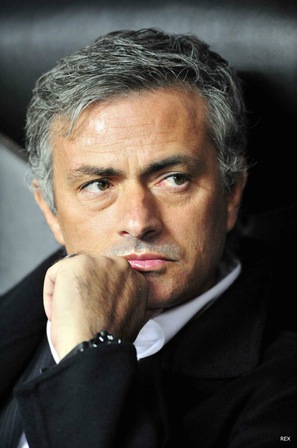 Why Jose Mourinho Is The Right Leader For Manchester United

Jose Mourinho has just taken over as Manager of Manchester United. Ever since the retirement of Sir Alex Ferguson, the club has been looking for someone to take over and continue the legacy that Sir Alex built. David Moyes was considered a failure despite the backing of his predecessor and Louis Van Gal was sacked despite winning the FA Cup, their only trophy since Sir Alex Ferguson's departure. The job has now gone to Jose Mourinho, arguably one of the world's most successful managers. To put Jose Mourinho's achievements into context he has now won the league in four different countries. Twice in his native country, Portugal with FC Porto, twice in his first spell with Chelsea in England, twice with inter Milan in Italy and once in Spain with Real Madrid before coming back to Chelsea to win the championship again. It was his eighth national championship and his third in England and all at an age of 52 the same age that Alex Ferguson won his first title with Manchester United, all this and two European Champions League winner medals.

What makes Manchester United so convinced that Jose Mourinho is the one that will succeed where others have failed. Is it his track record of success? Not necessarily as football is filled with managers who have failed at one club despite having previous success elsewhere. The factor that will ensure Jose Mourinho will be a success is the same factor that has brought him success during his career and that is his leadership ability.

Jose Mourinho is such a good leader because he has the ability to create an environment of high pressure and high belief. This combination enables players to more consistently enter a flow state, otherwise known as being in the zone. In this state a person is fully immersed and focused on the task at hand greatly improving their performance. He does this by implementing his leadership philosophy with the team.

Belief: the foundation of success

"Please don't call me arrogant, but I'm European Champion and I think I'm a special one" - Jose Mourinho

If you want to be a successful leader then you need to believe in your ability to lead. It is essential that your team has enough faith in your ability in order to follow you and this will never occur if they see you have self-doubt. Belief is the foundation of all success so don't be shy about reminding yourself of your achievements that have convinced people to give you an opportunity to lead. Never allow self doubt to take that opportunity away.

Focus on the present: tomorrow's success is defined by what you do today.

"My medals are somewhere at home. I don't know where they are. The most important game of my career is the next one" - Jose Mourinho

Your past is important as it has defined who you are today but your past will never be as important as your future. Jose Mourinho knows that success is not faithful to any one person and in order to continue to be successful you need to focus on what you need to do today in order to succeed tomorrow. Living in the past means the only glories you will experience are past ones.

The team comes first: no individual is more important than the team's mission.

Every decision Jose Mourinho makes is in the best interest of the team. No player will ever be more important than the team, there was no better example than when Jose was at Chelsea he sold Juan Mata to his current club Manchester United, a player who had been voted player of the year for the previous two seasons. The team mission came first and Juan Mata didn't fit within the philosophy that was in place for the mission to succeed, so he was sold. How this dynamic plays out now that they are both at the same club will be interesting.

Don't care what people think: success is its own reward

"Envy is the biggest tribute that the shadows do to the man. Our situation is good. It's better than anybody else's. Everyone would love to be in our position." - Jose Mourinho

One of the records that Jose Mourinho achieved when he won the most recent English Premier League with Chelsea a couple of seasons ago was that it was only the second time in the history of the Premier League that he won the championship without winning a single Manager of the month award. The only other time this happened was when Jose Mourinho had his first spell with Chelsea. Winners will never be universally popular because when people look at winners they see qualities in those people that they don't see in themselves and that can be difficult to come to terms with.

Jose Mourinho is the best football manager in the world, someone who's been successful at the highest level in four different countries. It's his philosophy of success that translates across borders cultures and nationalities. It's what will make him successful at his new club and make him in the eyes of Manchester United fans their "special one"

This article was written by Mark Wager, one of the world's top leadership experts. Mark designs and facilitates leadership development programmes which show people how to create highly effective work environments. A keynote speaker, Author and football fan Mark can be contacted via the enquiry form below.