Is Your Team Telling You The Truth? 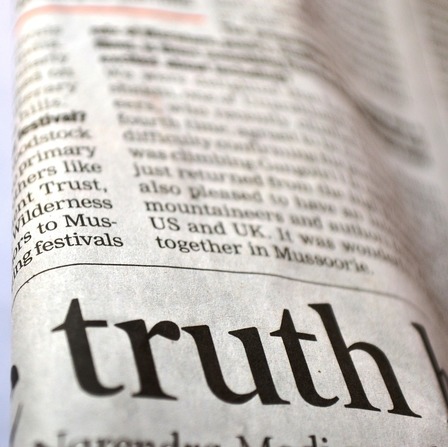 Is Your Team Telling You The Truth

The only way to improve and get better is to be aware of what you are doing wrong and that is applicable for everyone in the workplace yet there’s an additional challenge when it comes to Leaders. It’s part of human nature to treat people in positions of authority differently to everyone else and this conditioning starts at a very early age, when a child first goes to school and every parent tells them to do what their teacher tells them. In workplaces, if you are in entry level position and you make a mistake then everyone tells you, the person next to you tells you, your Boss tells you, your Boss’s boss even sends a memo around telling everyone not to make the same mistake that you just made, yet when someone is in a Leadership role people are far less comfortable making them aware of their mistakes. This results in Leaders having to work even harder in order to ensure that people tell them the truth even if it’s not the truth they want to hear.

Provide permission to be honest

People are not poor team players just because they disagree.

Let me share a story about a Leader that I was coaching. Alex was a Manager of a large organisation with around 2,000 employees and he had a senior management team of six. Recently he had an idea to make a change to the organisational structure. He  presented the idea to his management team who without question agreed with the idea. Alex then sent the proposal out to all staff and the reaction was very different to the one he received from his management team. The staff thought this was the most ridiculous idea they ever heard of and felt the senior managers didn't know and understand what was happening at the frontline. Alex called me disappointed not only because it was obvious  he made a wrong decision but he had later discovered that several members of his management team shared the staff’s views but never said anything during the meeting. So Alex asked me to explain why his Managers lacked the confidence to tell him the truth.

It’s not what you say, it’s what people hear that matters.

I asked Alex to tell me what happened the last time anyone disagreed with him. In response he shared a story from about 18 months ago when he introduced a new claim form. Some managers agreed it was a good idea and a couple disagreed. I then asked Alex to talk about the Managers who agreed and consistently his comments were positive. He referred to them as being passionate, clever, caring about the company and professional.  I then asked him to talk about the Managers who disagreed. The  comments turned negative describing them as  not being team players, not committed, always disagreeing and argumentative. What Alex was doing and he was unaware that he was doing this was that every time someone agreed he thought of them in a positive light and when someone disagreed he viewed them as negative. So human nature being as it is when someone is criticised for disagreeing then the next time they are asked a question they agreed or stayed quite when secretly they disagreed. Alex thought he was saying “tell me why you think” but because of his past reactions what his team was hearing was “tell me I’m right.” Its not what you say it’s what people hear that matters.

Give people permission to be negative.

What Alex learned was a valuable lesson that all leaders have to embrace which is the realisation that every interaction with the team, every reaction the Leader makes is training those around them about how to deal with the Leader. If you dismiss ideas because they don’t match your own then you are training people not to disagree with you. If you criticise anyone who disagrees with you then you are training people to be “yes men” and independent thought is not wanted. People don’t t talk to Leaders like they talk to coworkers so it’s the responsibility of the Leader to give people permission to be truthful and even if that truth is negative individuals need to be praised for being honest. The best way to do this is for the Leader to think the opposite way in which we naturally do.

When asking for feedback people naturally assume a negative and invites a positive e.g. “Is this ok?” “Am I doing well?” Yet as a Leader you have to be aware of the power imbalance between you and the team so you need to do the opposite assuming a positive and instead inviting a negative. Let me provide you with an example. I was working with a hotel in Fiji and their biggest frustration was when they asked guests upon leaving “Did you enjoy your  stay?” The reply was yes it was good only for the same guests to go home and post negative reviews online. The hotel was frustrated that guests wouldn’t be honest because if they knew they weren’t happy they could fix it during their stay. The hotel made the classic mistake of inviting a positive when talking to their guests instead of  inviting negatives so they changed what they said to guests when checking out so now they ask “What would have made your stay perfect?” “What do we have to do in order to ensure you come back here next year?” The second time when they assumed a positive and invited a negative they received a lot more useful feedback and they were able to make changes and improvements.

If you want your team to tell the truth you have to prioritise integrity over compliance. It takes integrity to tell the truth when it’s easier to stay quiet so you need to respect those who tell the truth no matter how hard it is because those who do are the ones that are your most valuable assets because they will make you aware of potential mistakes you may be making when they challenge you and push you to become a better leader. So stop asking people if they agree and start asking for their opinion instead then you can surround yourself with people who are smart enough to see the truth and respect you enough to share that truth with you then you will have a true team.