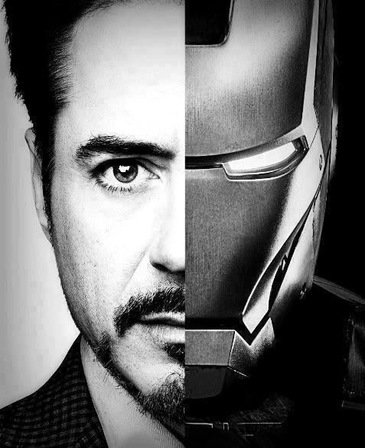 Quality leaders never stop learning and are always on the look out for the next leadership lesson wherever it may be. I was at the movies recently were I watched Captain America: Civil War. In the summer blockbuster Captain America Civil War, Iron man and Captain America take opposite sides of a philosophical argument. Should the heroes be registered with oversight from the United Nations or should they continue to act without accountability to anyone but themselves, both Captain America and Iron Man take leadership roles in this argument by gathering together a team to fight for what they think is right. As a Leadership Coach who specialises in designing and facilitating leadership development programmes I'm fascinated by leaders and the human psychology of why people follow them. I recently wrote an article about some leadership lessons from Captain America and I thought I would do the same for Iron Man as well. Have a read and maybe you to can become a superhero leader.

Tony Stark, a billionaire industrialist and engineering genius, with a fortune built from manufacturing weapons, was faced with the reality of his actions when he was captured by terrorists who wanted him to build them weapons. Instead he escaped and committed his life to making a difference in the world by wearing his greatest invention that helped him escape, the suit of armour that turns him into Iron Man.

Leaders need to be aware of the consequences of their actions

As part of the Avengers, Iron Man helped save the world in the movie Avengers: Age of Ultron. In the movie Captain America Civil War, the full consequences of their previous actions were made apparent. Tony Stark was faced with the reality of the collateral damage that occurred during the age of Ultron and the innocent civilians that died. The realisation changed Tony's perception of what it meant to be a hero and a leader.

While you may never be in a position to save the world, if you are a leader you will make decisions that impact people. Some decisions will benefit people while others will be a detriment to them. It's vital that you have a good oversight of what impacts who so that you can not only make quality decisions but effectively deal with the consequences of the decision. When I coach leaders they realise that it is far more difficult than it sounds because as human beings we all have our own inner narrative and that inner narrative is used to interpret all the information we receive. Think of it as your inner voice, the downside is that other people's narrative may not be the same as you which is why you can have different opinions of the same issue. Quality leaders learn that their own inner narrative is not the only voice they need to listen to.

Iron man is a hero not just because of an advanced suit of armour but because he's Tony Stark. Underneath the armour he's a genius, playboy, billionaire and philanthropist. It's who he is and what he has done that makes him the hero.

When organisations contact me to help them implement change I tell them that they need to ensure that all their leaders are onboard and agree with the change. Notice I said leaders and not Managers. Management is a title bestowed by a company yet leadership is given to an individual by people who trust and respect them. If you have people in your organisation who are experts at what they do and have qualities that other people value then they are leaders regardless of what title you have given them. If you want to make a difference it's these people who you have to identity and make sure are on your side.

In Captain America: Civil War, Tony Stark advocates for the United Nations to have oversight of the Avengers. He explains to the other heroes that there is no clear decision making process and if they can't accept limitations then they are no better than the bad guys.

Leaders need to make decisions and sometimes those decisions will not be popular but if people can't see a clear process as to how those decisions were made, then the leader will lose credibility and without credibility from their followers the leader risks losing his or her influence. It's often thought that leaders do not report to or are not accountable to anyone but the truth is quite the opposite. Leaders, regardless of their position, will also be accountable to their followers because without the trust and respect of their followers the leader is no longer effective at leading.

Mark Wager is the leader that other leaders go to in order to become better. An Author & Keynote speaker Mark designs and facilitates leadership development programmes. Mark also offers individual coaching to a few selective individuals who are passionate about success. Follow Mark on Twitter or Facebook for daily inspiration or if you have a passionate drive for success then contact Mark via the enquiry form to see how he can help you.