How To Stay Authentic When Leading 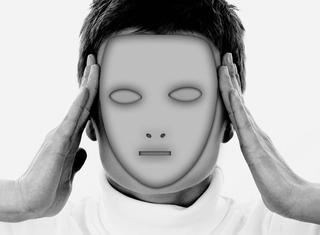 How To Stay Authentic When Leading

Whenever someone moves into a Leadership role, their aim, whether they are aware of it or not, is to stay authentic and not allowing the new role to change them and to lead people while staying true to themselves. However this can be incredibly challenging because the role of a Leader requires performing duties that wouldn’t normally have to be undertaken like having numerous courageous conversations about a team member’s poor performance or delivering a presentation to a large group. These situations can feel uncomfortable and as a result Leaders don’t feel like they are being authentic and instead they copy what they believe a Leader should be. This can, if they are not careful, lead to becoming unhappy in their role. In this week’s article I want to explore how a new Leader can become successful in their role while still being authentic.

Being authentic means being truthful and faithful to who you are as a person and becoming a Leader shouldn’t change that. We have all heard of the stories of someone being promoted into a Leadership role only to find that the role changes them. Maybe they became more arrogant or more distant and quite simply they are not the person they once was yet it doesn’t have to be this way. Let me share with you why by introducing you to the Greek myth - the ship of Theseus.

The ship of Theseus

If you are not aware of the field of identity metaphysics then you may not have come across the thought experiment The Ship of Theseus. So here’s a quick summary.

The ship of Theseus is kept in a harbour as a museum piece and as the years went on some of the wooden planks started to rot so had to be replaced. Centuries  passed and eventually all the parts had to be replaced. So consider this question. Is the ship now standing in the harbour with all replaced parts  still the ship of Theseus? Now imagine if all the rotten wood that had been removed and stored in a warehouse has been treated and cured and later used to build another ship in the warehouse, which one is now the authentic ship of Theseus? The one in the harbour or the one in the warehouse? This is a thought experiment that has engaged debate among philosophers for the past few hundred years and questions our perception of identity.

Change your attitude not your values

When I coach Leaders I explain that they are the ship of Theseus and the skills and techniques they possess are like the wood of the ship. As time goes by, the Leader discovers that the skills and techniques that served them well in their previous role are no longer suitable in a leadership role. For  example, doing all the work themselves was a great quality when they were a team member but as  the Leader of that same team, doing all the work themselves is a recipe for disaster and now they have to learn how to delegate. As each new skills is learnt and replaces the old skill it is like the wood being replaced on the ship. In the thought experiment above the original ship remains the Ship of Theseus regardless of how many pieces of wood are replaced because the purpose of the ship remains the same. In Leadership the key to authenticity is to keep your purpose, the values that you hold dear regardless of your role, that way no matter what changes happen, you will stay true to yourself.

Change your role, don’t allow the role to change you.

In order to come across as authentic you need to stay true to your purpose. What is it that you believe in, the values that you hold dear, that’s your purpose and as long as you stay true to that then your actions will change, your behaviours will evolve and adapt to the specific situation. This means that no matter what behaviours you change as long as the change stays true to your purpose then you are still authentic. Just like a ship you are on a journey and that journey will require adaptation and change and you may well be very different at the end of your journey than you were at the beginning but that evolution is a natural part of your journey - you are the ship of Theseus.

Transparency is the key to success

In order to be successful it’s important that a Leader is able to communicate their philosophy especially at the beginning of their role. By philosophy I mean the Leader provides clarity of how they see their role as a Leader within the team, especially discussing what the team needs from their Leader in terms of support and what the Leader needs from the team in order to provide that support. All Leaders need to explain what their philosophy or approach is towards dealing with situations when people make errors and what type of culture they expect in the team. This level of transparency helps to provide the team with certainty over how the Leader will approach their role and avoids misunderstandings.

In order to remain authentic you need to make sure that what you think, what you say and what you do are aligned and connected. Your values should dictate what you think about a situation, this should then be reflected in what you say and finally words should match your actions. Leadership poses many challenges many of which you will find overcome but none should ever require you to change who you are as a person, stay authentic and you will become an effective Leader.

The Authir of this article Mark Wager has limited availably to coach ambitious Leaders who wish to achieve a higher level of performance. If you are interested then you can contact Mark using the enquiry form below